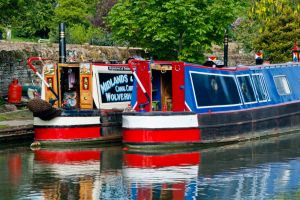 The small Northamptonshire village of Stoke Bruerne is famous for its association with the Grand Union Canal, which runs peacefully right through the village. On the south bank of the canal is the Canal Museum (also known as the National Waterways Museum Stoke Bruerne).

The museum tells the story of life on the canal and the building of the Blisworth Tunnel, a short distance outside the village. A short signposted walk leads along the canal towpath to the Tunnel, where a section of the original tunnel support system is preserved to view.

If you fancy a longer walk, the Grand Union Canal Walk path leads along the canal in both directions.

You can take trips along the canal from the Boat Inn, situated directly opposite the museum, and watch boats going through the lock. There is a paid parking lot behind the museum, off Chapel Lane. 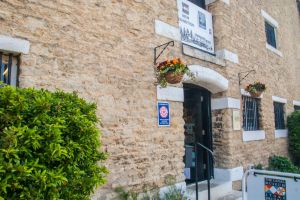 More self catering near Stoke Bruerne >>

The Granary at Fawsley - 12.6 miles
Daventry, Northamptonshire
Stay from: £50.00