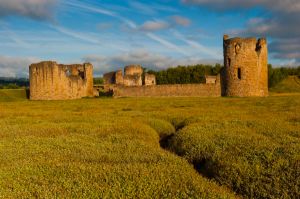 When Edward I made his first incursion into the north Wales kingdom of Gwynedd in 1277 he began a programme of castle building to strengthen his claim to rule, and dominate the Welsh. One of the first Edwardian castles was at Flint, the 'gateway to Wales'. The masonry castle linked to a fortified town was to serve as a model for subsequent building projects throughout the region.

At first glance the location of Flint Castle might seem to be an odd choice; the site is low lying, with none of the natural defensive advantages of other Edwardian castles like Harlech. But there was a good reason for Edward's choice; Flint was a day's march west of Chester, and a day's march east of a new castle planned for Rhuddlan. Also, it could easily be supplied from the sea.

Flint Castle was built on a square plan with a detached keep, on Edward's typical massive scale. The inner ward had rounded angle towers at three corners, and a detached round tower at the remaining corner. It is this free-standing tower that is the most striking remain at Flint.

Flint Castle's defining moment in history came on Palm Sunday, 1282, when the mercurial Dafydd ap Gruffudd launched a surprise attack. Dafydd's ill-judged rebellion forced his brother, Llewelyn ap Gruffudd, to join him against the English, against his better judgement. The Welsh rising was easily suppressed, and Llewelyn, perhaps the only man capable of dealing with the English threat, was killed later that year.

Throughout the 14th and 15th centuries Flint served as the administrative centre for the region, and the county town of the newly created Flintshire. The castle was held by the Royalists in the Civil War, but was taken and retaken several times before finally falling to Parliament in 1646.

It was slighted to avoid it being used for military purposes again, and went into a long period of decline, during which stone from the castle was used by local landowners for their own building projects. It is now in the care of Cadw and is open at any reasonable time. 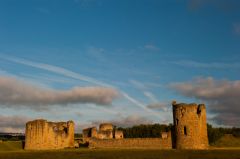 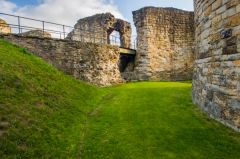 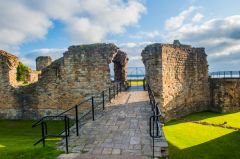 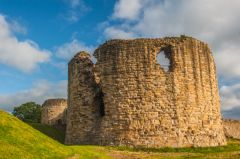 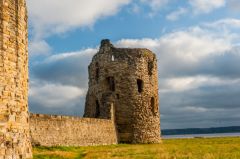 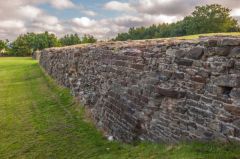 More self catering near Flint Castle >> 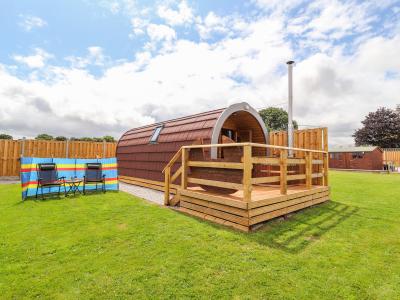 This detached pod rests in Flint, in North Wales and can sleep two people in one bedroom.
Sleeps 2