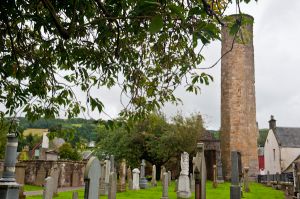 Abernethy Tower is an 11th-century round tower, one of only two such towers known to exist in Scotland (the other is at Brechin). Such towers are common in Ireland, but rare in Britain. The tower is 15 feet in diameter at the base, tapering towards the top some 72 feet above.

The tower was built by the monks of nearby Abernethy monastery and probably served multiple purposes, as a bell tower and a hiding place in times of trouble.

Several skeletons were found during excavations on the site, suggesting that it was also used as a burial place by the monks. A medieval chain and iron collar set in the tower base suggest that it was used to hold prisoners at some point.

NB. The Abernethy town website suggests that the tower was built in the early 9th century, considerably older than the Historic Scotland estimate of an 11th-century date.

There are excellent views over the Firth of Tay from the top of the tower, which can be reached by a modern spiral metal stair. 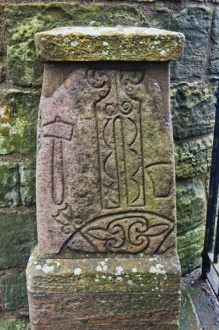 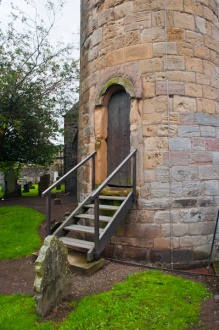 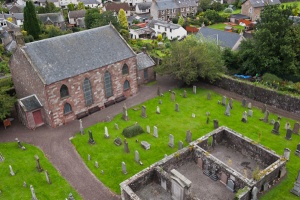 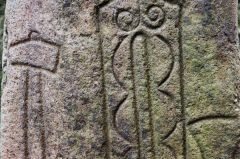 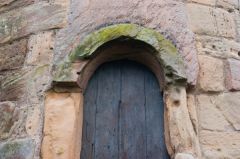 About Abernethy Round Tower
Address: School Wynd, Abernethy, Perth and Kinross, Perthshire, Scotland, PH2 9RT
Attraction Type: Historic Building
Location: In the village of Abernethy, off the A913. The key is available from the teashop beside the tower.
Website: Abernethy Round Tower
Historic Scotland
Location map
OS: NO192163
Photo Credit: David Ross and Britain Express

Nearest Accommodation to Abernethy Round Tower:

More self catering near Abernethy Round Tower >>

More Hotels near Abernethy Round Tower >>

More bed and breakfasts near Abernethy Round Tower >>