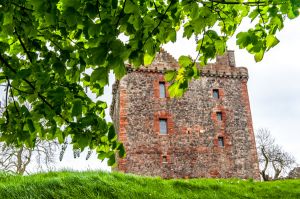 Balvaird Castle is a late 15th-century L-plan tower house, surrounded by a later 16th-century wall with a courtyard and gatehouse. The castle stands on a small rise of land, and consists of a strong central keep with a main block and projecting wing, with a stair tower in the angle of the two sections.

The courtyard and gatehouse were added in 1567 to the earlier keep. Above the gatehouse entrance is a large chamber, thought to have been used as a chapel. There are also ruins of additional buildings on the west of the courtyard.

The keep stands three storeys high, with an attic and an additional storey on the wing. There is a two-storey guard turret at the top of the stair tower, looking for all the world like an additional miniature keep. To the east is a walled garden and orchard, while there is evidence of a pleasure garden to the south of the castle.

The probable builder of Balvaird was Sir Andrew Murray of Tullibardine, who acquired the land by marriage to Margaret Barclay. Balvaird may stand on the site of an earlier castle built by the Barclay family.

The ruins are really quite extensive, and it is a surprise that Balvaird is not more well known. The exterior of the castle can be viewed at any time, but the interior is usually closed. There is a small parking area at the foot of the hill, on the A95, then a 5-minute gentle walk up to the castle. 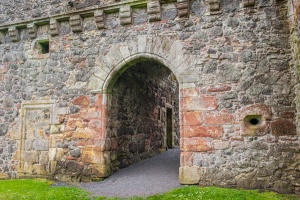 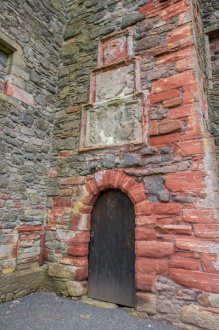 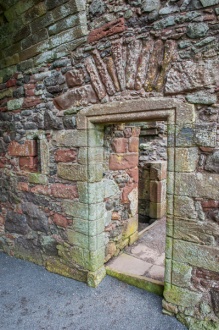 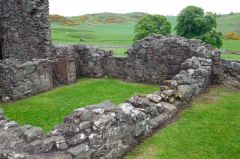 About Balvaird Castle
Address: Newton of Balcanquhal, Perthshire, Scotland
Attraction Type: Castle
Location: Six miles south-east of Bridge of Earn, on the A912. There is a visitor's car park at the base of the castle hill, then a 3-5 minute walk uphill to the castle.
Website: Balvaird Castle
Historic Scotland
Location map
OS: NO169115
Photo Credit: David Ross and Britain Express

More self catering near Balvaird Castle >>