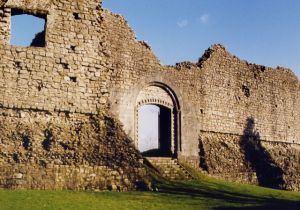 Newcastle Castle
Built around 1104 by the Norman lords of Glamorgan and later added to, the remains include a stone curtain wall and towers, a hall and Romanesque architectural detail in the south gateway. Newcastle is one of three castles erected by William de Londres for his overlord, Robert Fitzhamon after 1093 to emphasize Fitzhamon's control over Glamorgan (the others being Ogmore and Coety castles).

In 1217 the castle was granted to the Turberville family of Coety. The Turbervilles occupied the castle for many years, but sometime after the Glyndwr rebellion it seems to have fallen out of use.

The castle is roughly circular, about 42 metres by 38 metres, enclosed within a stone curtain wall augmented with mural towers and a later Romanesque gateway. The gateway is especially noteworthy; it is heavily moulded and ornamented, with a recessed inner arch.

The site is protected by a natural slope on the east, and by ditches elsewhere. There is evidence of building foundations within the castle enclosure, but so little remains that it is hard to get a clear picture of what the foundations might represent.

More self catering near Newcastle Castle >> 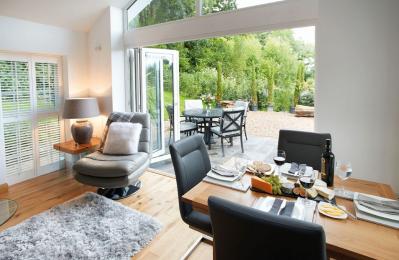 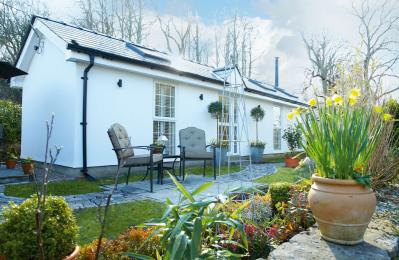 The Cwtch provides you with the peace and tranquillity of the countryside, with close proximity to a beautiful coastline and the many attractions that South Wales has to offer including …
Sleeps 2