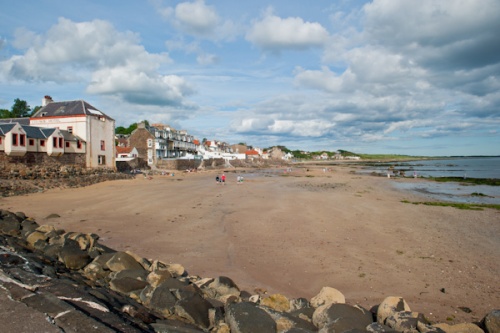 There are two Largos; Lower Largo clusters around the old harbour, while Upper Largo is based at the foot of Largo Law. Legends cling to the Law, suggesting that buried treasure lies somewhere on its slopes. There may be some truth to the tales, for in 1819 a tinker discovered buried silver jewellery from the Celtic period on nearby Norries Law.

On a rise at the edge of Upper Largo stands the old kirk, a place it has occupied for over 1100 years. In 1628 a striking spire was added, set upon the arched chancel roof. In the churchyard is the Largo Stone, a carved Celtic stone. There are further carved stones inside the church, as well as traces of medieval wall paintings.

Lower Largo is best known for its association with two sailors. The first is Alexander Selkirk, whose sensational real-life adventures were fictionalised by novelist Daniel Defoe in his book, Robinson Crusoe. Selkirk was a native of Lower Largo, a sailor who argued with his captain - never a good idea.

Selkirk's irate captain set him ashore on the island of Juan Fernandez, a speck of rock in the Pacific Ocean. There Selkirk lived alone for four years until he was rescued by a passing ship. Selkirk became a celebrity when he regained British shores, and his adventures were fictionalised by Defoe. The house on Main Street where Selkirk was born no longer stands, but the building on the site is now decorated by a statue of this real-life Robinson Crusoe, looking out to sea. 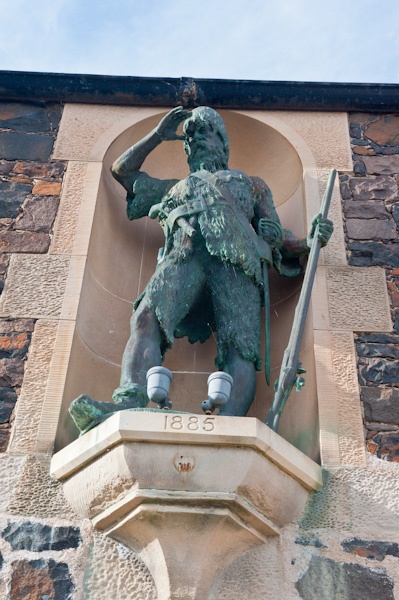 Selkirk is further remembered by the large Crusoe Hotel on the edge of the harbour. This popular hotel was originally a Victorian-era granary but is not a perfect place to watch the sea. Outside the Crusoe Hotel is an amusing signpost indicating that it is a mere 7500 miles to Juan Fernandez Island.

The other sailor of note to call Lower Largo home was Sir Andrew Wood (1460-1540). Wood was an advisor to King James III and James IV and captain of the ship Yellow Carvel. When an English fleet sailed up the Firth of Forth in 1498, Wood led the Scottish defence. He defeated the English fleet and sent them scurrying for home.

As a reward, Wood was knighted and given the manor of Largo. He built a fortified house here, with a canal running to the church, where he is buried. 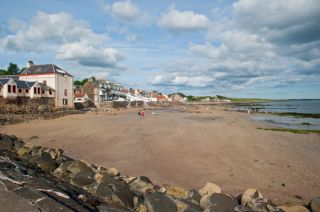 More self catering near Lower Largo >> 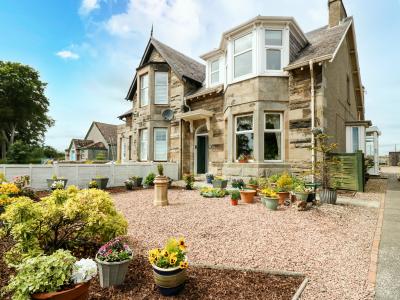 This first-floor apartment is situated in Lundin Links near Leven, Fife and can sleep four people in two bedrooms.
Sleeps 4

A single-storey cottage on the outskirts of Lower Largo in Fife, it can sleep four people in two bedrooms.
Sleeps 5