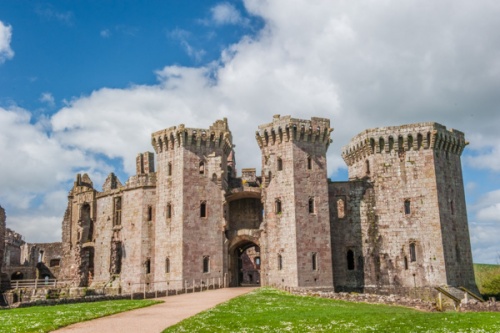 The traditional home of the Somerset family, Earls of Worcester, Raglan Castle was one of the very last castles built in Britain, begun in 1435 by William ap Thomas. It is part castle, part palace, with far more attention to comfort than earlier castles. However, it was certainly built for defence as well, for it took one of the longest sieges of the Civil War to subdue it.

Cromwell's engineers did their best to destroy the massive Great Tower, but failed. Look for the ornate window and huge fireplace in the hall. 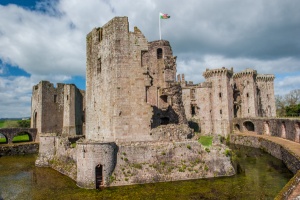 The Great Tower and Moat

Raglan is, without doubt, one of the finest and most enjoyable medieval castles to visit in Wales. There was a Norman motte and bailey fortification here, held by Walter Bloet, a vassal of Richard 'Strongbow' de Clare.

There was certainly a complex of manorial buildings at Raglan as early as the 13th century, and there are still remains dating from the 13th and 14th centuries. However, the majority of Raglan as we see it today is 15th century, making it one of the last major castles to be built in Britain. 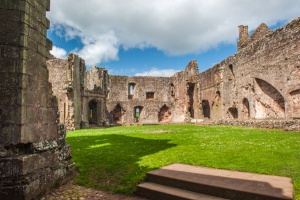 After Sir William died in 1461 his son, William Herbert, became Baron Herbert of Raglan. Baron Herbert undertook a massive programme of building at Raglan, in an effort to underline his new social status. He added luxurious domestic suites of rooms set around a fountain courtyard, built a huge gatehouse, and added the Pitched Stone Court.

Baron William's fall was as quick as his rise, however, and he was executed in 1469, leaving his grand building projects unfinished. The castle then passed to the Somerset family, Earls of Worcester. It was the 3rd Earl, William Somerset, who finished the castle, extending the Pitched Stone Court, rebuilding the hall, and erecting a fashionable long gallery.

Most of Somerset's work was destroyed during the Civil War, when Parliamentary troops besieged Raglan for 10 weeks, prompted by the 5th Earl's unflinching support for Charles I. Though the siege was ultimately successful, Parliament's attempts to destroy Raglan were only partially successful, so strongly was the castle built.

The Earl himself died in captivity, however, enough remains of his palatial fortress to impress modern visitors. Indeed, it is hard not to be impressed by Raglan; even today, the sheer scale and grandeur of the late medieval vision is simply breath-taking. 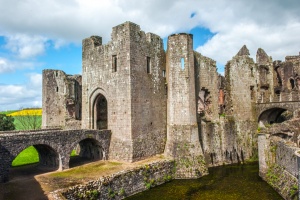 The south tower and bridge

It had been several years since my last visit to Raglan, on a cold, grey day, when the stones themselves seemed to shiver. This time the sun shone, and Raglan gleamed like a fairy-tale fortress, rising high on a hill above the busy road below.

Seeing the castle again, I was awe-struck; I'd forgotten just what an impressive and imposing fortress this is. There is so much to see, it can easily take several hours to explore everything. But if you are in a hurry, here a few of my favourite parts: 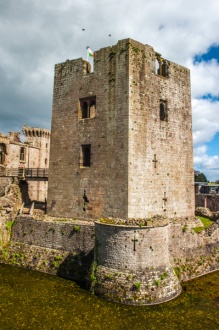 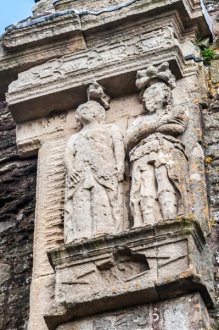 Carving in the Long Gallery 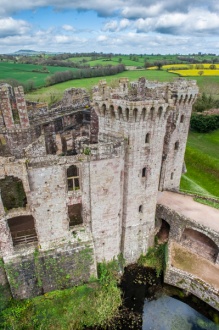 The view from
the Great Tower 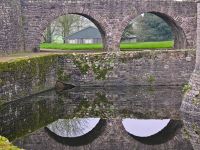 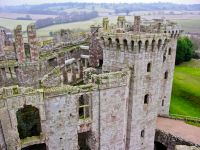 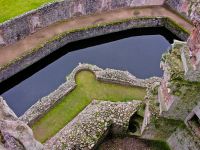 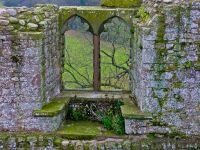 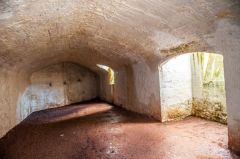 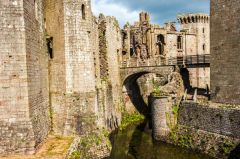 More self catering near Raglan Castle >> 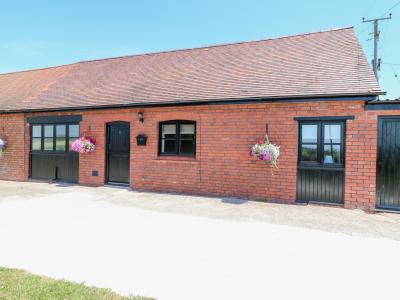 This single-storey cottage is in the village of Llandenny in Monmouthshire and can sleep 3 people within 2 bedrooms.
Sleeps 3 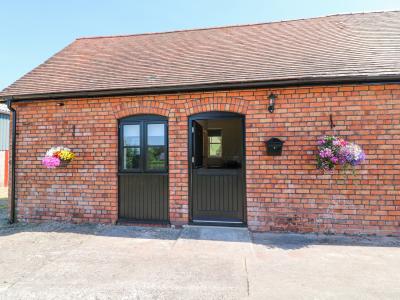 This single-storey cottage is in the village of Llandenny in Monmouthshire and can sleep two people within one bedroom.
Sleeps 2