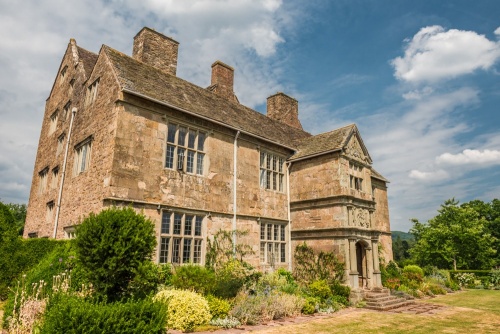 Treowen is an early 17th-century house featuring elegant interiors, with richly panelled rooms and soaring staircases. The house is set on a rise and offers superb views over the beautiful surrounding countryside. The main stair is of particular interest. It was described by the antiquarian Charles Heath in 1787 as 'unrivalled in the Kingdom'.

Simon Jenkins, author of the popular book 'England's Thousand Best Houses' and 'Wales: Churches, Houses, Castles', calls this 'one of the most spectacular staircases of any house of this period'. He is right.

The open stairwell rises three storeys from the ground floor to the top of the house, and you can look straight up (or down) through a network of beautifully carved posts and finials, decorated newels, and hand-carved balustrades. The effect is stunning. 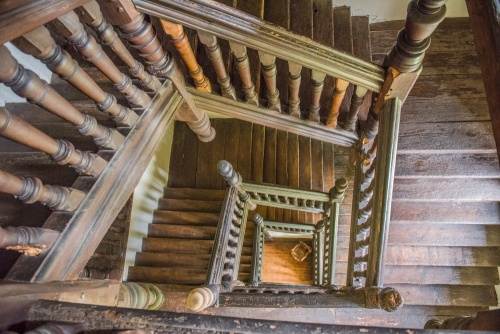 Looking down the Jacobean staircase

Treowen was begun around 1627 by William Jones and funded by a large inheritance left to Jones by his uncle, a wealthy London merchant. No sooner was the house complete than the Jones family decided that it wasn't impressive enough, so they added the imposing two-storey entrance porch on the south facade, embellished with traditional Jacobean strapwork and Jones family coats of arms.

About 50 years after the house was finished the Jones family moved to Llanarth Court near Abergavenny, and rented out Treowen as a farmhouse. It remained as a very grand farmhouse until 1945.

Because Treowen spent so much time rented out, and the tenants did not put money into modernising it, the house is relatively unchanged. The only major alteration to the Jacobean structure came in the 18th century when the upper floor was taken off the south front.

Treowen was owned by a succession of Catholic owners, and the troubled religious time of the 17th century is recalled in the secret priest's hiding hole on the stair landing. Our tour guide opened the secret trap door and gave us a chance to peer down into the hidden space under the floorboards. 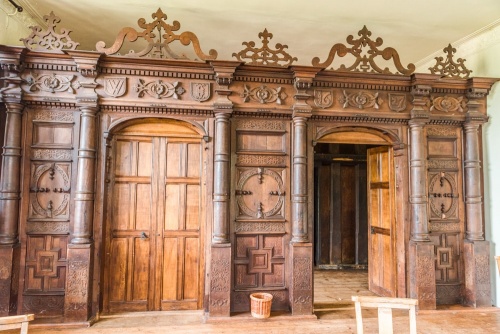 There are four storeys of rooms on view. The ground floor features the kitchen, dining room, banqueting hall, and Oak Room, named for the wonderful panelling that graces the walls.

We had a wonderful tour of the house with the owner, who regaled us with tales of playing in the historic house as a child, and all the adventures he and his friends got up to. The tour took us from the wonderful hall with its beautifully carved screen, top the timbered dining room and kitchens, up the magnificent Jacobean staircase to the very top of the house, under the eaves.

Our extremely friendly guide showed us clusters of burn marks on several roof timbers. These marks are thought to be 'witches marks', made to keep witches out of the house. 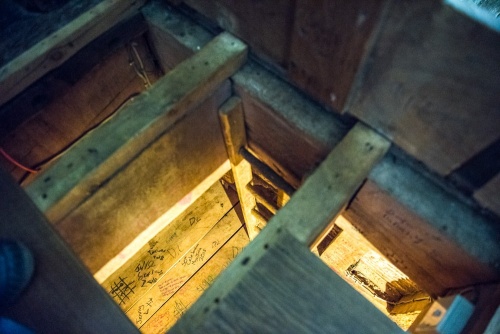 Treowen is home to a summer music school, and the house was full of wonderful music during our tour, courtesy of students practising their classical pieces. The sound of the music filled the house and enveloped us as we explored. What an experience!

It is well worth exploring the gardens, which open out to the south and east to give amazing views towards Monmouth over rolling countryside. A ha-ha helps open up the view, and from the house terrace you can look out over historic fish ponds. On the north face is a modern garden in Tudor style, with a parterre bounded by tall yew hedges. Beside the house are formal gardens leading to a woodland area with attractive walks.

Treowen is a wonderful time capsule, an excellent example of a Jacobean house, with some exceptional period features. In particular, the carved screen and the beautiful 17th-century staircase are well worth a special trip to see. 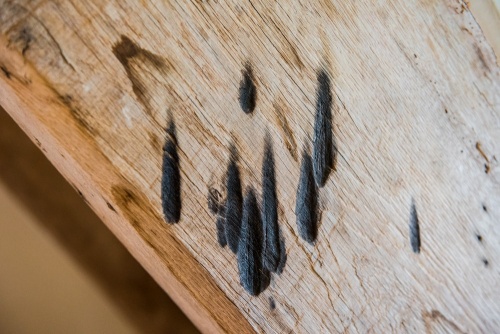 Witches marks on the roof timbers

Treowen and Cornwall House in Monmouth are owned by the same couple, and their opening times coincide so that you can visit both in one afternoon. We did just that; first enjoying a tour of Treowen with the male owner and then driving 10 minutes to Monmouth and visiting Cornwall House, guided by the female owner. It is wonderful to compare the two houses, built several centuries apart and each fascinating in its own way.

Treowen is set in beautiful countryside just three miles from Monmouth. From Monmouth, the easiest route is to take Wonastow Road, drive past Wonastow itself and turn right on the Treowen drive just before you reach Dingestow village. If you are coming from the west you have to exit the A40 at Raglan. Go past the Raglan Castle exit and take the next left onto the minor road to Dingestow. In Dingestow turn right, go over the River Trothy bridge, and you will find the drive to Treowen on your left. 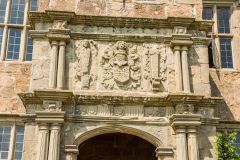 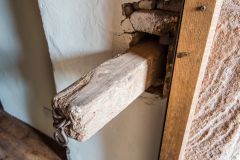 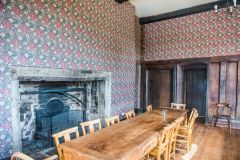 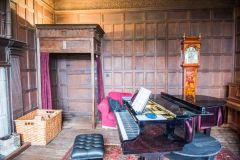 More self catering near Treowen >>

More bed and breakfasts near Treowen >>