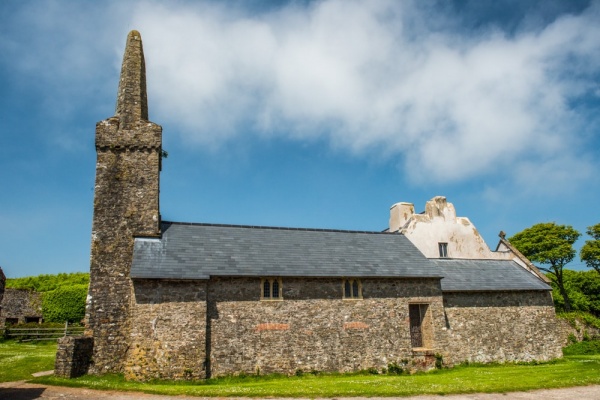 St Illtud's is one of two historic churches on Caldey Island linked to a 12th century priory. The church is noted for its floor of pebbles from the nearby beach, its twisted spire, and the 6th century Caldey Ogham Stone, carved with a mix of Ogham script and Latin.

Note that you'll find variant spellings of Illtud. The way we've spelled it, with a 'u', is more common, but it can also be spelled Illtyd.

A Celtic community of monks was established here in the 6th century by St Pyro, a follower of St Illtud. The Celtic monks were eventually driven out by Viking raiders, but when the Normans took control of south Wales in the 12th century a new monastery was established. Caldey was part of the large estates granted to Robert Fitzmartin by Henry I.

Fitzmartin in turn gave the island to his mother Geva, who invited monks from St Dogmael's Abbey to establish a new priory. Caldey Priory remained a daughter house of St Dogmael's Abbey until it was dissolved by Henry VIII in 1536. Partial remains of the priory buildings are attached to the church, and the priory millpond lies immediately beside the church.

The church dates to the 13th century, but the sanctuary is formed from the original vaulted stone chapel. The most striking feature is the floor, made of pebbles from the nearby beach, polished smooth by centuries of worshippers. A spire was added to the tower in the late 15th or early 16th century. The spire is leaning at a noticeable angle due to subsidence beneath the foundations. 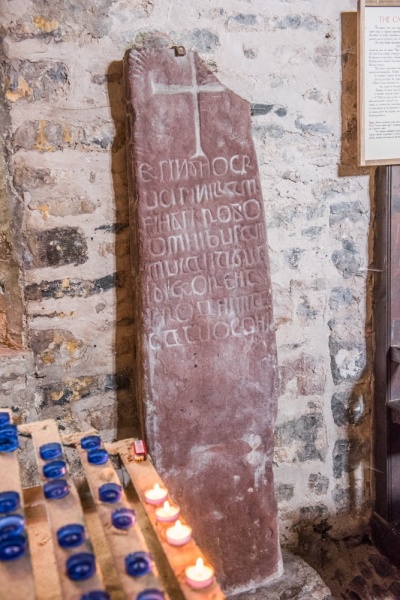 The most interesting historic feature inside St Illtud's is a 6th century stone dug up in the priory grounds in the 19th century. It was used for a time as a window lintel, then as a garden seat.

The stone, which stands about 1.7 metres high, is inscribed with both Ogham and Latin text. The Ogham marks are carved into the upper edges of the stone. The inscription is incomplete but seems to commemorate a servant or son of Dubracunas, or Dubricius.

The face of the stone bears a Latin inscription added in the 8th or 9th century. The Latin reads 'ET SINGNOCR CRUSIN ILLAM FINGSI ROGO OMNIBU AMMULANTIBUS IBI EXORENT PRO ANIMAE CATUOCONI', which translates as 'And by the sign of the cross which I have fashioned upon this stone, I ask all who walk there that they pray for the soul of Catuocunus'. In addition to the text there are crosses on all four faces of the stone.

One suggestion is that the stone refers to St Pyro himself, who was a follower of St Dubricius (Dyfrig).

St Illtud's is still a consecrated church and is thought to be the oldest church in Britain still used for Catholic worship.

Caldey Island can be accessed by a regular boat service from Tenby. There is a ticket kiosk at the harbour, and boats run every 20 minutes from Easter to October. The priory and St Illtud's church are located halfway up the hill to the lighthouse, directly opposite the Chocolate Factory, which occupies a restored monastic building. 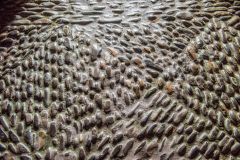 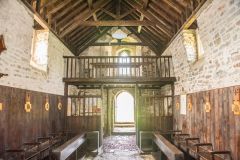 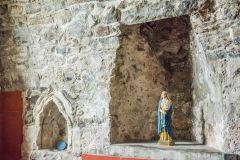