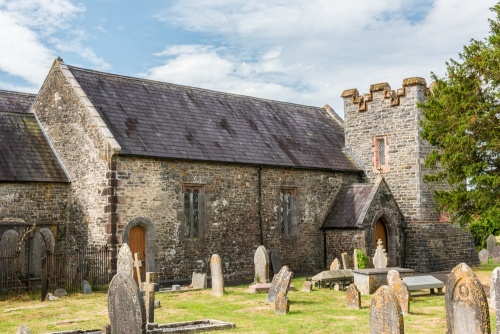 St Egwad's church is the only remaining building on a site where several monasteries and religious cells once existed. The building was begun in the 10th-11th century, and restored in the 19th century.

The church of St Egwad dates to at least the late 11th century, if not earlier. Local tradition suggests that there was an earlier chapel to the north of the current site. The chapel was converted into a private dwelling in the 18th century.

The medieval church was originally linked to the Deanery of Stradtowy but in 1215 it passed to Talley Abbey, and after the Dissolution of the Monasteries to the Bishop of St David. 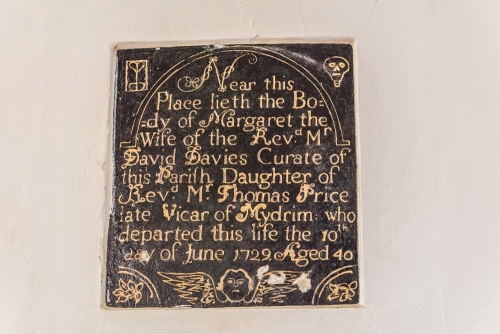 The church was rebuilt in 1849 by John Harries of Llandeilo, reusing some of the earlier stones. The building is very simple, with a 4 bay nave leading to a chancel of 2 bays, with a north chapel, north aisle, north porch and west tower rising in 3 stages. During renovation work in 1948 an ancient carved stone was found in the south wall, though this seems now to have been lost - we certainly didn't find it on our visit.

The oldst memorial we discovered was to Margaret Davies, wife of the Llanegwad curate, who died in 1729. Slightly newer is a worn wall tablet to Mary Anthony, who died in 1761. The florid epitaph reads, 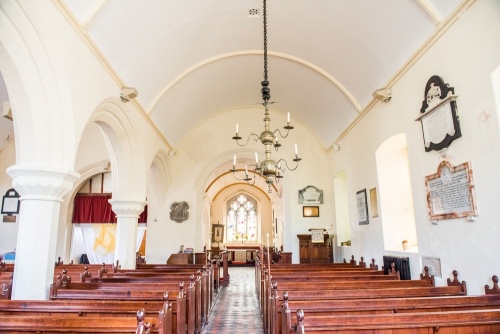 Another 18th-century monument is a slate memorial to William Jones of Llwyn, who died in 1795, and also on the wall is an elegant memorial to Mary Jones (d 1783) and her husband Thomas (d 1785). There is a richly-coloured tained glass window installed in honour of David and Elizabeth Griffith.

The oldest feature inside the church is a simple square font at the west end of the nave.

St Egwad's church had to close in 2005. The building was declared redundant and services were held in the Victorian church of the Holy Trinity nearby until the church could be restored.

St Egwad's is located down the minor road through Llanegwad hamlet, off the A40. Follow the village road to the end, and you should find space to park by the side of the road. Unfortunately, the church is normally kept locked. We were very lucky in that we stopped to ask a passing pedestrian for directions to the church and he proved to be the keyholder. 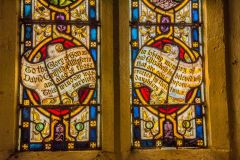 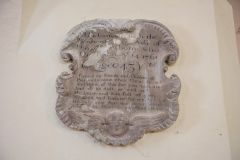