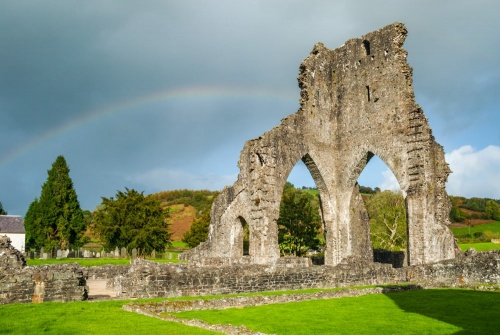 A rainbow over Talley Abbey

Talley was founded by Rhys ap Grufudd (Lord Rhys) in 1184 for monks of the Premonstratensian order. The nave of the church was never finished, perhaps due to lack of funds, and the church was ceded to the crown in 1381. The old presbytery was used for the parish church until late in the 18th century.

The Premonstratensian order, known as the 'white canons' for the colour of their robes, was never as powerful or as rich as the Cistercians, after whom they modelled their constitution and way of life. They held 35 monastic houses throughout Britain, including important abbeys in the Borders of Scotland, but Talley was the only Premonstratensian house to be founded in Wales.

Unfortunately, the abbey was not sufficiently endowed with lands and income it needed to thrive and grow. Though descendants of Lord Rhys made further grants of land, the abbey never managed to complete the church. Events were not helped when Talley became embroiled in a lengthy - and costly - lawsuit with the abbey of Whitland. This may explain why the funds were so short that the church could not be finished. 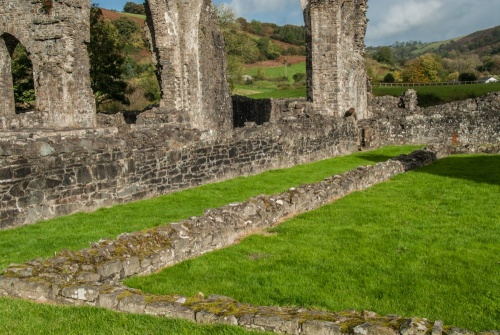 The most obvious part of the abbey ruin is the tower, which still stands to a great height, but all other buildings have been reduced to foundation level. Much of the stone was robbed for other building projects by villagers after the abbey was dissolved by Henry VIII. Abbey stone was used to build the chapel which stands immediately beside the site.

You can still see footings for the parts of the church that were begun but never finished, so you can get a good idea of just how large and impressive it was meant to be! Only 4 bays of the nave and south aisle were built above foundation level, and only one bay of the planned north transept. The striking tower stood at the crossing, and you can see where arched openings led to passages over the crossing arch. 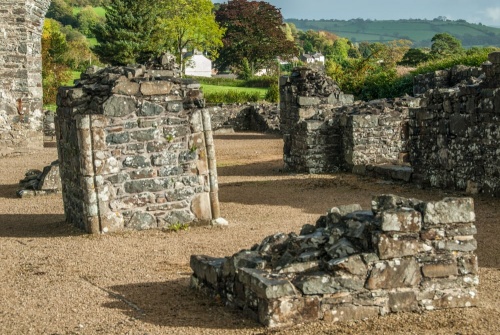 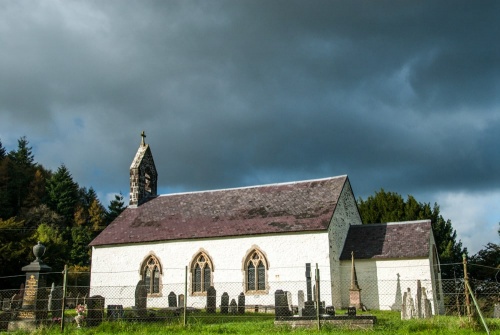 The abbey ruins are open to visit at any time, and though small by comparison to other Welsh abbeys such as Tintern or Valle Crucis, the lovely village setting and the striking remains of the tower makes Talley well worth a visit. My view of Talley may be coloured by the fact that a sudden shower led to the appearance of a rainbow over the tower when we were last there! 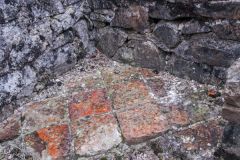 More self catering near Talley Abbey >>