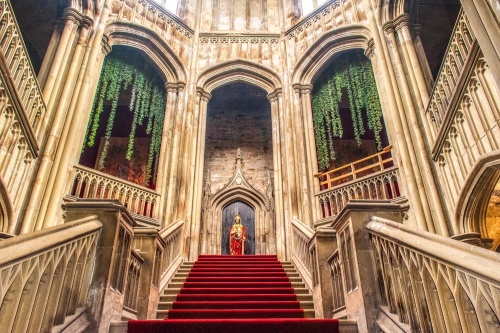 Margam Castle
This is a partial ruin of a Tudor-Gothic fantasy castle-home built in 1835. Gables, turrets and towers are part of the architecture. There is an AV presentation on its history, an orangery, a park, formal gardens, an Iron Age hillfort, and a maze in Margam Park. 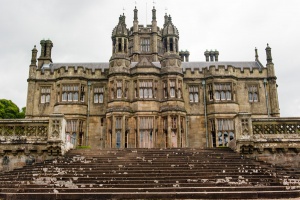 The castle was built by Christopher Rice Mansell (1803-1890). Mansell wanted to create a grand residence that would compliment the rich history of Margam. He also wanted to make a statement, to emphasise his family's rank and historical importance. As 'statements' go, Margham Castle is pretty emphatic!

Mansell brought in Thomas Hopper as his architect, with instructions to create a Tudor Gothic fantasy. Hopper was encouraged to let his imagination run free, and the result is a Victorian fantasy, a myriad of turrets, towers, battlements and cupolas, gables and pinnacles mixed and matched with abandon, and centred around 3 courtyards. If Mansell had wanted a romantic fantasy castle, he got it.

The fantasy, though, had a hard reality; the castle cost 50,000 pounds to build, the rough equivalent of several million pounds in modern currency. The exterior is local sandstone, with harder stone used internally for the grand staircase and hall. The interiors also used oak and pine for flooring and roof beams, with cast-iron railway beams to strengthen the staircase. 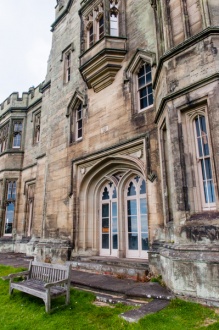 One visitor Mansell welcomed on more than one occasion was Henry Fox Talbot, his cousin. Fox Talbot, of Lacock Abbey in Wiltshire, was a pioneer of photography, and one of his very early photos shows the south west facade of Margam Castle.

After Mansell died in 1890 his daughter, Emily Talbot, updated the plumbing and heating so the house was more comfortable. She also added a billiard room that was a focal point for large house parties in the late 19th and early 20th centuries.

When Miss Talbot died unmarried in 1918 the castle passed to Captain Andrew Fletcher, who began to open the grounds to the public and to host fetes. The castle was used by both British and US troops in WWII, and American General Dwight Eisenhower visited during preparations for the D-Day landings.

The estate trustees auctioned off much of the castle furnishings in 1941, and David Bevan purchased the estate in 1942. Bevan never lived at Margam and allowed the castle to decay until finally selling to the Glamorgan County Council in 1973.

It is now owned by the Neath Port Talbot County Borough Council and used for conferences and to host events. The grounds have become an extremely popular country park, a huge space for families to stroll and picnic and to view the deer herd that roams the grounds.

At the bottom of the gardens are the ruins of 12th century Margam Abbey, once the largest and richest monastery in Wales. Part of the medieval abbey survives as the parish church, and beside the church is the Margam Stone Museum, with pre-Norman and medieval carved stones from the area. 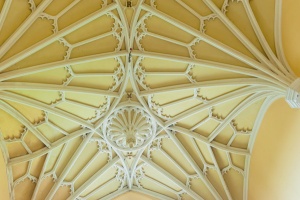 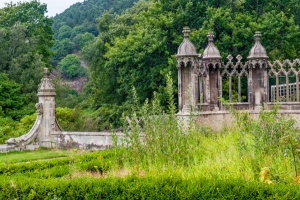 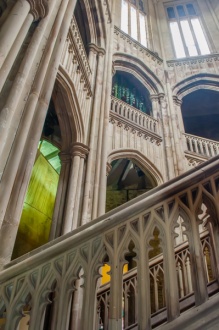 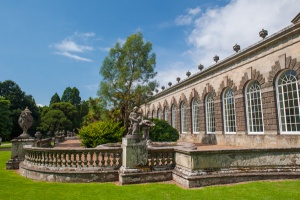 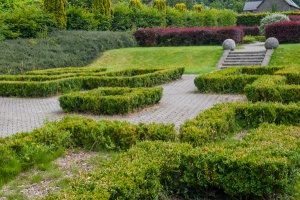 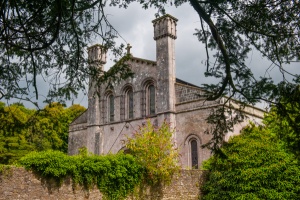 The abbey church from the gardens 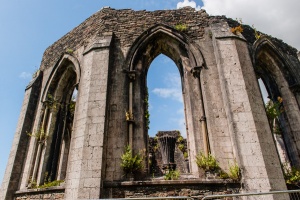 More self catering near Margam Castle >>