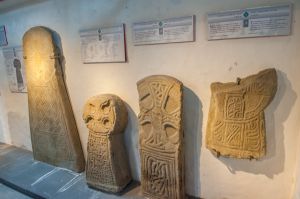 Margam Stones Museum
A superb collection of sculptured stones dating from the post-Roman period. There are 28 stones at Margam, including a 6th-century stone inscribed with both Latin and Irish Ogham script. Among the Margam Stones are several cart-wheel crosses dating from the 10th and 11th centuries, including the most famous of the stones at Margam, the beautifully carved Conbelin Cross, a disc-headed cross with intricately carved decoration in Celtic style.

The cross head has a carving of the Virgin Mary with St John flanking knotwork ornamentation, and the stone is set on a base decorated with a hunting scene. The Conbelin Cross originally stood outside Margam churchyard. The stone is inscribed in memory of the donor with the words, ‘CONBELIN P[O]SUIT HANC CRUCM P[RO] [A]NIMA RI[C?]’ – ‘Conbelin erected this cross for the soul of Ric...’.

Among the other stones that caught my eye were ...

A late 6th or early 7th-century Christian memorial stone with a Latin inscription running vertically. This once stood on Margam Mountain set into a prehistoric barrow - one of four barrows in a linear arrangement. This simple stone is the oldest known example of a family history, or lineage, in Wales. The four lines of script detail four generations of the same family. 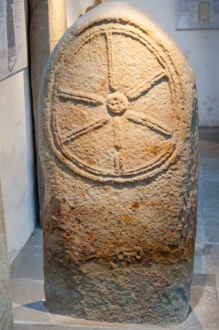 This 10th-century disc-headed cross once stood in Margam churchyard, though it probably was brought here from elsewhere. The base of the cross has 10 lines of Latin inscription that translates as 'In the name of God the most high, this cross of Christ was erected by Grutne for the soul of Ahest'.

A fascinating 6th-century memorial that began as a Roman milestone. There was a major Roman road between Caerleon and Carmarthen, and in the 6th century one of the mile markers along this route was reused for the tombstone of a local leader; Cantusus, son of Paulinus. It was discovered in 1839 just east of Port Talbot.

A section of the stone has been lost, but drawings made at the time it was discovered let us know what the original stone looked like. On one side is a Latin inscription to Emperor Maximus Daia (309-313), and on the other is Latin text which reads 'Here lies Cantusus, his father was Paulinus'.

There are also several medieval grave slabs of abbots of Margam, and the effigy of a 14th-century knight. The stones are housed in one of the first purpose-built church school buildings in Wales, and the museum stands in the grounds of Margam Abbey, a 12th-century Cistercian monastery. 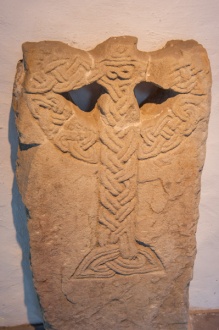 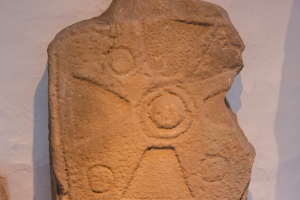 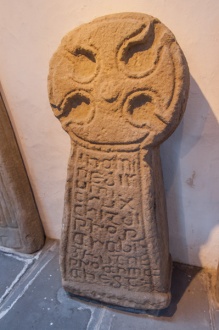 The 10th c Cross of Grutne 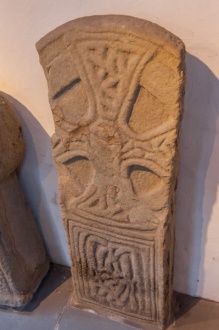 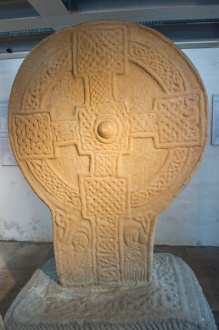 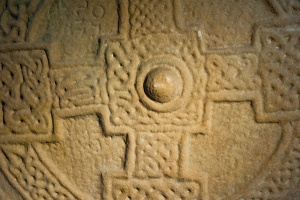 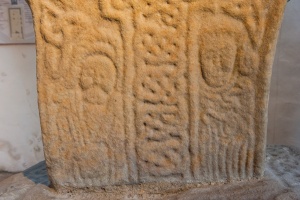 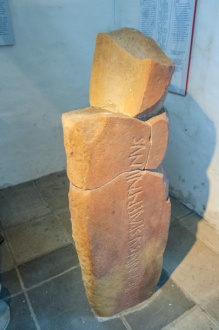 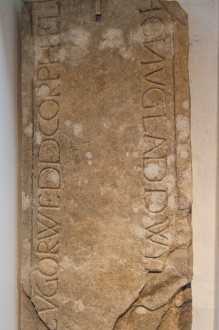 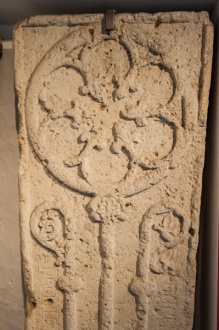 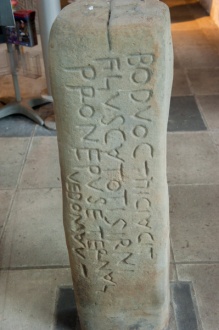