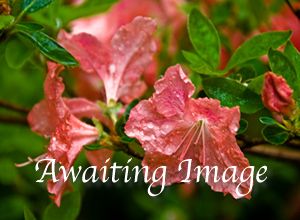 The Parry family owned property in the Ystwyth valley since at least the 16th century, with their base at Ty'nyberllan. In 1739 the family acquired Llidiardau. A descendant, George Williams Parry I (1785-1838) served as High Sheriff in 1823.

In 1854 his grandson George Williams Parry III called in architect RK Penson to design a new country house on the south slopes of the valley. The house is designed in the Victorian Gothic style so fashionable at the time. What makes it unusual is that unlike most Victorian Gothic houses it is asymmetrical, and is simple, even plain, without external embellishments. The interiors feature marble and slate fireplaces and excellent panelling details.

Surrounding the Victorian mansion are 7 acres of gardens, using an ancient landscaped site. Since 1985 the Victorian gardens have been extensively restored and replanted, with a stream running through the site. Garden features include double herbaceous borders, mature woodland areas, a wildlife pond, a formal pond, rare shrubs and trees. There is an old walled garden with organic raised beds, and a small nursery focussed on hardy plants.

Plas Llidiardau Gardens is open by appointment only.