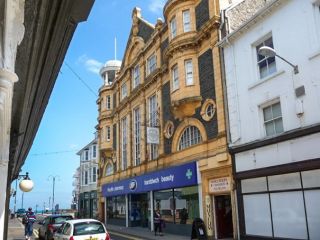 Ceredigion Museum
This fascinating museum of local life and heritage is housed in an Edwardian theatre. Exhibitions include a reconstructed 19th century Welsh cottage and a large collection of Welsh furniture and costume.

The Coliseum Theatre on Terrace Road in Aberystwyth was built in 1904 to a design by David Phillips. It served as a theatrical venue for almost 30 years, housing everything from stage performances to political meetings. Over the decades some 5000 events were held at the Theatre.

Then in the early 1930s, the Coliseum was adapted as a cinema. Owners Henry and Olive Gale ran the cinema for over 40 years until it closed in 1977. The emphasis was most definitely on family values, and the cinema had a motto, 'Amusement without Vulgarity'.

In 1982 the Ceredgion Museum took over the former cinema and converted the auditorium into a museum space. The new museum not only aimed to cover life in the county from prehistoric times, but also to tell the story of the Theatre itself, the building, and its people.

Many of the displays were donated by local people, and cover such diverse topics as dentistry, seafaring, agriculture, toys and games, farm equipment, archaeology, and art. The mechanism for the old town clock is on display. The clock stood for 100 years at the top of Great Darkgate Street, and the mechanism is still in working order. Special exhibits cover Death in the Victorian period, locally made clocks and ceramics, local geology and gemstones, and an exhibition on lead mining.

There is a display of paintings by local artists including Alfred Worthington, locally crafted quilts, and a large exhibition of taxidermy. One of the highlights is a collection of traditional Welsh furniture and costumes.

The costume collection includes the distinctive overgarment known as a 'bedgown' and the tall black hat that were mainstays of traditional Welsh dress. See military uniforms, underwear, and traditional footwear, including clogs with wooden soles and leather uppers. See items from the mint set up in Aberystwyth during the Civil War, and a huge collection of prints, photos, and drawings covering life in Ceredigion.

One of the most interesting features is a detailed reconstruction of a 19th century one-roomed Welsh cottage interior. The cottage is shown as it might have looked around 1850, with a rug made out of strips of worn clothing, and a saltbox beside the fire to hold the precious seasoning.

Then there is a fascinating wooden wassail bowl, made of Lignum Vitae and dated to the 17th century. The bowl is decorated with a likeness of the Roman god Bacchus, seated on a barrel, with a glass of wine in one hand and a bottle in the other.

The museum is free to enter and is open year-round, with more limited hours in winter.

More self catering near Ceredigion Museum >> 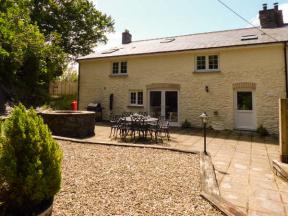 This farmhouse is located near the town of Aberystwyth and can sleep eight people in four bedrooms.
Sleeps 8 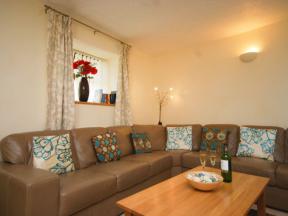 This lovely spacious cottage is set in the breath-taking rolling countryside near Aberystwyth and the Cambrian Mountains. Surrounded by working farmland this is an ideal base for enjoying a range …
Sleeps 8