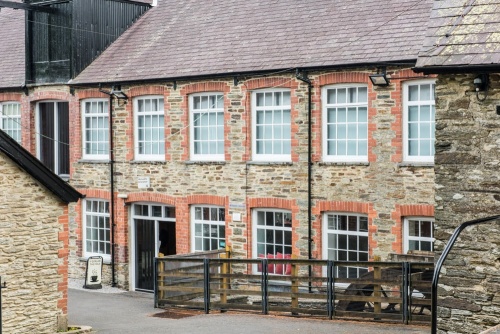 A restored woollen mill, interpretive centre, and craft workshops highlight the National Wool Museum, tracing the heritage of wool making in the Teifi Valley and across Wales. There are displays of equipment used in making wool, including spinning mules and carding machines.

The Teifi Valley has been a centre of the Welsh woollen industry for centuries. In 1902 a small weaving workshop was transformed into Cambrian Mills, which aimed to supply wool for steel and coal workers.

In 1914 the War Office asked for tenders from Welsh mill owners to supply flannel for clothing the Welsh Army Corps. David Lewis, owner of Cambrian Mills, bid 3/ per yard and was able to supply the highest quantity per week.

As a result, the War Office ordered large amounts of flannel, khaki, and blankets from the mill. The company quickly expanded its workforce to 100 employees and brought in new machinery.

Unfortunately, the wartime prosperity did not last. The mill carried on despite a decline in demand for woollen goods, until it was put up for sale in 1965. Then in 1976, the former mill premises was opened as the Museum of the Welsh Woollen Industry.

The museum has since been restored and renamed as the National Wool Museum, but its mission is the same; to reflect the rich heritage of the Welsh woollen industry over the centuries. 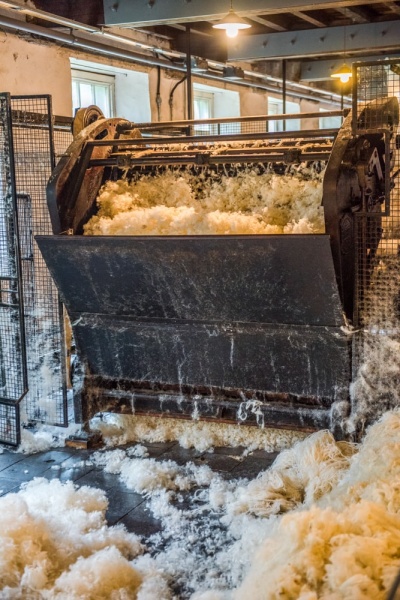 Part of the museum showcases the National Flat Textile Collection, while visitors can see historic machinery, and take a raised walkway that looks down on the museum's own woollen mill. For the museum is not just a static collection of historic objects, but a working mill, using traditional tools and techniques to produce high-quality woollen goods.

In addition to watching the mill at work, you can see displays of woven goods including blankets and knitted socks, shirts, shawl, bedclothes, blankets and woollen stockings. Follow the process of making wool, from 'fleece to fabric', which traces the traditional steps in making high-quality woollen goods.

See how sheep are sheared, and how the wool is carefully folded. Learn how wool from different parts of the sheep's body has a different quality and is used for different types of products. See how wool is purified, cleaned in a willower, straightened on a roller, and dyed to just the right colour.

Displays show how wool was traditionally carded by hand, spun to make yarn, and woven to make a variety of fabric goods. 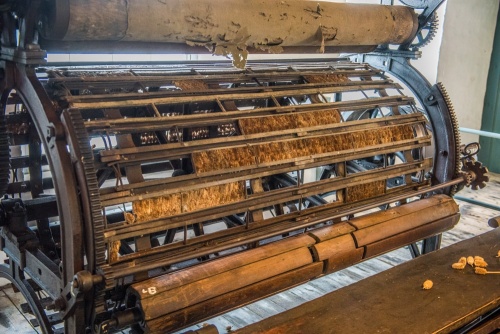 Did You Know
The Dre-fach Felindre was once home to no less than 40 mills. The local woollen industry was so important that the area became known as 'the Huddersfield of Wales'.

One of the highlights of the woollen history exhibit is the Caernarfon Castle Blanket, depicting the castle and Aberystwyth College. The blanket's origin is the subject of scholarly debate. Some historians think that the blanket was created by John Roberts and given to the Prince of Wales in 1872 when he opened Caernarfon water works. Others believe the blanket was made by Pwllheli Woollen Mill and John Roberts made an earlier version of the blanket with two images of Caernarfon Castle that was given to the Prince in 1868.

One of the best museum features is an exhibition on the people who worked at Cambrian Mills. From social activities to music, sports, and the arts, you really get a feel for what life was like for people who lived and worked here. See football caps from famous matches, musical scores, and a display on local residents who fared well at traditional eisteddfod events.

The National Wool Museum is extremely well signposted from surrounding roads. It is located 3 miles south-east of Newcastle Emlyn, off the A484. There is a large, free car park on site, as well as a large shop where you can buy woollen products made on site. 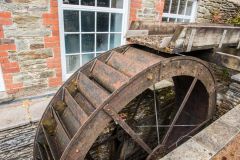 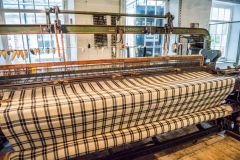 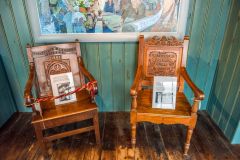 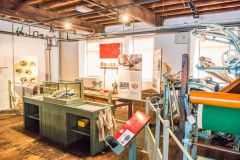 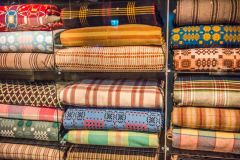