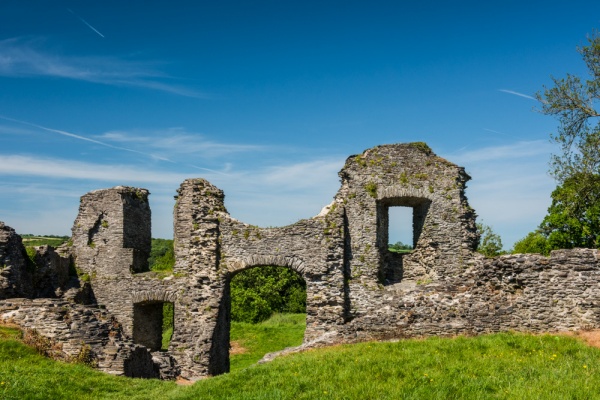 Newcastle Emlyn Castle occupies a steep spur of land above the River Teifi. The castle remains consist of stone walls and an impressive 14th century gatehouse set in a walled inner court measuring roughly 45 metres by 25 metres. To the west is an outer court with earthwork defenses. The castle served mainly an administrative, rather than defensive, purpose, though it did see action on several occasions, and was badly damaged during the Civil War.

The name 'Emlyn' is thought to come from a Romano-British leader named Emelinus. In 1240 Henry III gave the Emlyn area to Meredith ap Rhys Gryg, Lord of Dynevor.

Sometime prior to 1257 Meredith built a 'new castle' at Emlyn to administer the commote (district) of Emlyn Uwch Cych, which became the lordship of Emlyn. The castle was built of earthworks and timber, but was quite quickly rebuilt in stone. It was not intended as a military stronghold, but as a centre of administration. A sizeable settlement called Trecastell soon grew up around the new castle.

Meredith's son Rhys ap Maredudd initially supported Edward I of England, but when the English king failed to grant him large estates in Wales Rhys rebelled in 1287. Roger Mortimer, Earl of March seized the castle but Rhys quickly recaptured it. In January 1288 the English besieged the castle, and though the defenders were able to hold out for a time, they were eventually forced to surrender and Newcastle passed to the English crown. As for Rhys ap Maredudd, he escaped but was captured in 1291 and executed the following year.

As a royal fortress Newcastle was modified and extended by Edward I, Edward II, and Edward III. A great hall was built in 1312, and an imposing gatehouse that is now the best surviving feature of the castle.

The town outside the castle walls was made a royal borough and named Newtown Emlyn. The coming of the Black Death in the middle of the 14th century devastated the town, and the castle fell into decay.

Around 1500 the castle was converted into a mansion by Sir Rhys ap Thomas. Sir Rhys added a large deer park beyond the mansion, and you can still see the impressive Tudor windows in the gatehouse that he installed. 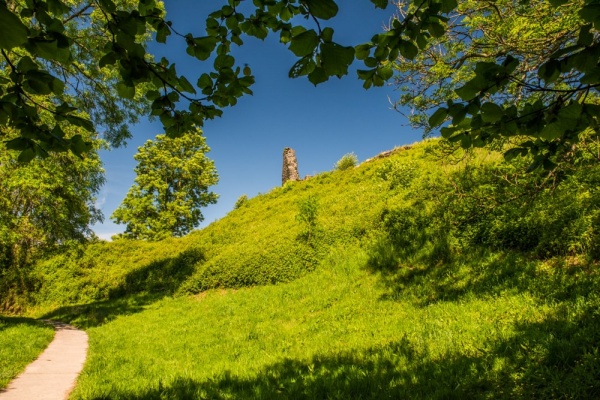 The castle from the riverside walk

When the Civil War broke out the castle was held for the Crown. A large earthwork was erected in front of the gatehouse to make it better able to withstand an artillery attack. It did little good, for the castle was taken and retaken several times during the conflict. Parliament captured the castle in 1644, but a Royalist army led by Sir Charles Gerard quickly recaptured it. Gerard held off a siege in 1645, but the reprieve was only temporary. As the Royalist cause collapsed the castle was taken again by Parliament and this time it was 'slighted' so that it could not be used for military purposes again.

The Civil War damage was the final blow, and the castle decayed into ruin. Remains today consist of impressive earthworks and stone fortifications dating from the 14th century expansion. The best featured is the Great Gatehouse, begun under Edward II but not completed until 1349.

Reaching the castle is easy. It is well signposted from Newcastle Emlyn town centre. The castle entrance is at the end of Castle Street, a very short stroll from the town hall. There is a small pay and display parking area opposite, and a much larger one near the market. The site is open, and there is a lovely riverside walk around the base of the castle hill. 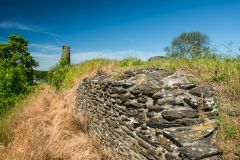 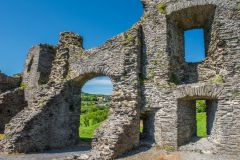 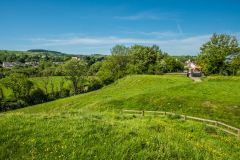 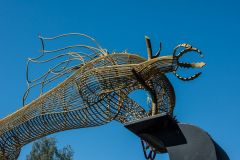 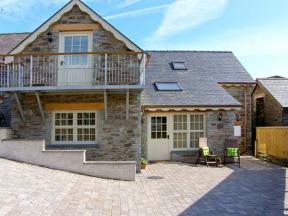 This semi-detached cottage on a livestock farm in Brongest near Newcastle Emlyn sleeps eight people in four bedrooms.
Sleeps 8 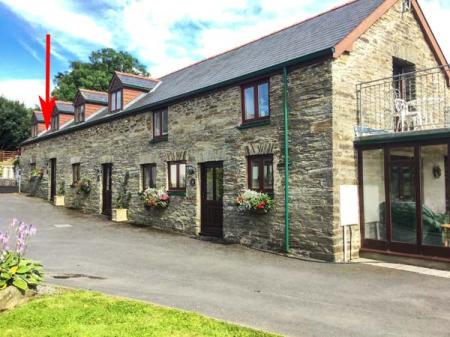 This fantastic barn conversion with a hot tub is surrounded by countryside near Newcastle Emlyn and sleeps four people in two bedrooms.
Sleeps 4