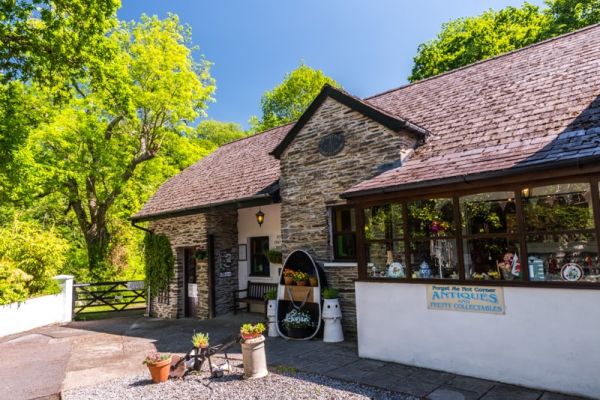 The National Coracle Centre in Cenarth shares space with a 17th century flour mill, beside the 200 year-old bridge at Cenarth Falls. Learn about the history of coracle making and see samples of these fascinating traditional boats from all over the world. The museum also covers another traditional craft ... poaching!

Though the museum's focus is on Welsh coracles, there are examples from different cultures around the world, including as far away as Tibet, Vietnam, India, North America, and Iraq. See how these flat-bottomed vessels are made, the tools and techniques used, and trace the history of coracle-making around Britain and across the globe.

Sit inside a coracle, and enjoy a workshop showing how coracles are made. Guided tours of the coracle displays are available, and last about 30 minutes. Tours can be pre-booked.

The poaching display shows methods of illegally capturing game and fish, from tools and methods to the history and social causes of the craft. And it is very much a craft, for not only did poachers need to capture their prey, they needed to do it quietly and efficiently, often in total darkness, to avoid capture themselves! Look for a display of the short wooden baton called 'The Priest', or 'cnocer' in Welsh, used to kill the salmon once they had been illegally captured.

The Coracle Centre is set in the grounds of an historic 17th century flour mill, beside the salmon leap at Cenarth Falls. Admission to the historic flour mill is included in the small admission fee. The centre is usually open from Easter until Autumn. 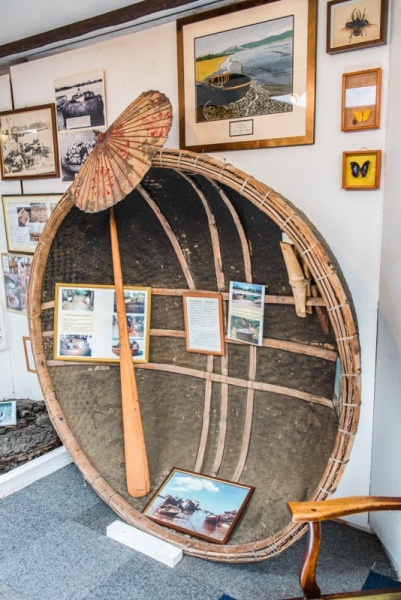 The refugee coracle from Vietnam

What is a coracle?

A coracle (or currach) is a small boat without a keel. These light vessels have traditionally been used for fishing and for transportation, particularly in areas of shallow water. In Britain most coracles are now used simply for recreation, though several Welsh coracles are still used for fishing. This type of craft has been used since at least the Bronze Age, and perhaps as early as the last Ice Age. It is found in similar forms across the globe, and part of the appeal of the Coracle Centre is seeing examples of coracles brought here from far-flung places around the world.

Traditional coracles are made by weaving together a basketwork frame of foraged wood, tied together with handmade rope made from animal hair. The frame is then covered with an animal hide to create a waterproof skin.

One fascinating display shows a traditional Vietnamese coracle made with bamboo. This particular coracle has a remarkable history; it was made by a family of Vietnamese refugees who used it to sail hundreds of miles across the South China Sea to Hong Kong. It was impounded when the family safely reached Hong Kong and would have been destroyed. It was rescued by the curator of the Maritime Museum in Exeter and donated to the Centre.

Another foreign coracle that caught our eye was a North American 'bull boat' made by the Hidatsa people of North Dakota. This variety of coracle is made with a willow frame covered by a buffalo hide. The tail was left on the hide and was used to pull the coracle from the water. Dwindling herds of buffalo in North America meant these traditional Native American crafts could no longer be made, and the only examples today are in museums. 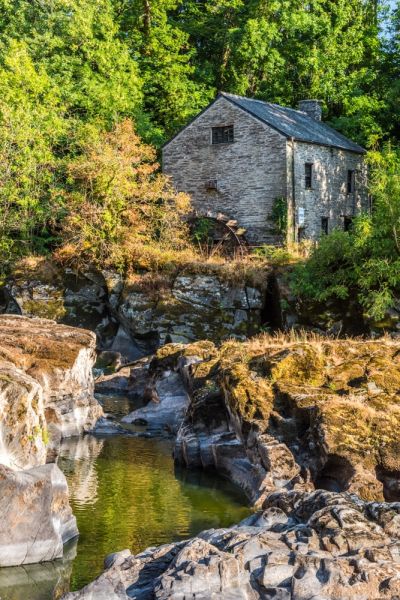 Quite a bit closer to home is a coracle used on the River Severn and made especially for the Brother Cadfael mystery series. Actor Ray Llewellyn Jones, who had to pilot the coracle in the TV series, visited the Coracle Centre to get hands-on lessons.

Behind the Centre itself is the 17th century mill, still in the process of restoration. What is really fascinating about the mill is the role it played in local smuggling. A stream once passed directly under the mill floor, and millers in days past would simply lift the stone flagstones and catch salmon as they swam under the building. The practice ended when the river authorities built a wall across one end of the millpond.

While in Cenarth don't miss the historic medieval church of St Llawddog, and the nearby holy well. 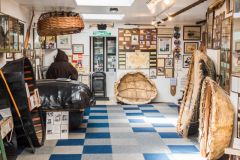 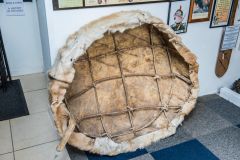 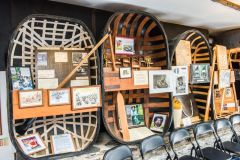 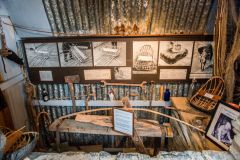 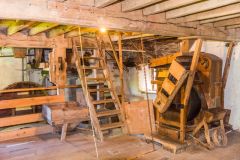