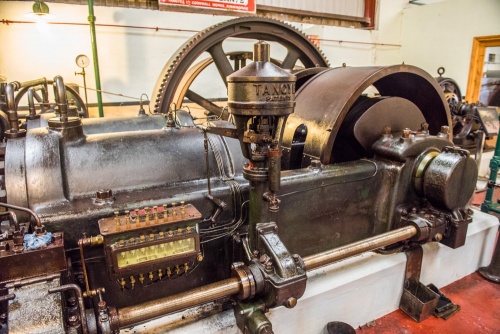 Internal Fire is an award winning working museum dedicated to the history of the internal combustion engine. With 9 "Power Halls" running daily the displays range from small agricultural engines through 30 ton diesel engines to a 4000 horsepower jet engine.

The collection includes early oil engines, and later gas turbines, but the main focus is on diesel power spanning the 1920s to the 1960s. This is not a static display of old machinery! Engines are exhibited and run as close as possible to the way they would have looked, sounded, and smelled while in service. Most major British manufacturers are represented, among them Belliss & Morcom, Tangye, Petter, and Ruston & Hornsby.

The core of the collection is stationary diesel engines, including a 1912 Sulzer single cylinder Air-blast injection engine, the oldest working diesel engine in Britain. Another unique relic is the only surviving model of a Petter steam engine. 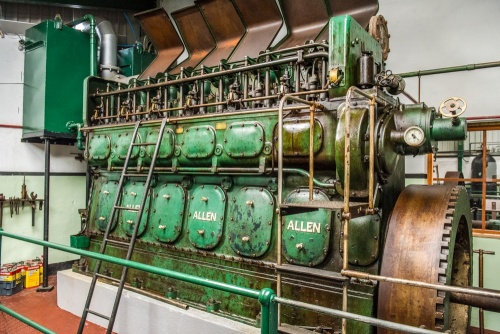 Then there is a 'Pocket Power Station', powered by a Proteus gas turbine engine. Made by Bristol Siddeley (later Rolls Royce), the Proteus is the only operating set on display in the world. It was launched in 1959 and was made to be controlled over a telephone line. This unique capability made it the forerunner of unmanned power stations.

Another highlight is a 1903 J & E Wood 500hp tandem compound engine. Even older is an 1879 John Penn twin cylinder oscillating engine used for driving a paddle steamer. Foreign engines are represented as well; one of the latter is a Worthington-Simpson two-stroke diesel, the very first solid injection diesel constructed in the US.

There is also an Exchange Building containing working Strowger telephone exchanges and switchboards for visitors to use along with a growing Radio Room display.

The museum is open from Easter to the end of October, other times by arrangement and special events listed on the museum website.

The museum is located just off the A487 just past Tanygroes, north of Cardigan. I thought the signs on the A487 were rather easy to miss, and if we hadn't ben looking carefuly for the turnoff we would have missed it completely. The turning is about 1km north of Tanygroes, on the right (east). The museum is 100 yards from the junction, on your left. There is a small cafe and gift shop, run by volunteers. 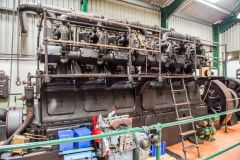 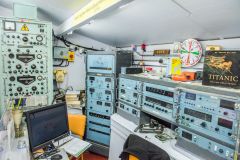 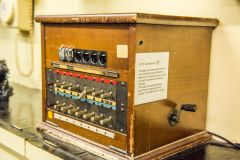 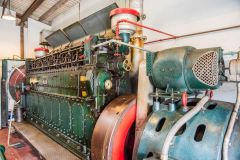 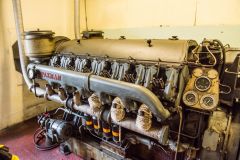 More self catering near Internal Fire Museum of Power >>

More bed and breakfasts near Internal Fire Museum of Power >>