HERITAGE HIGHLIGHTS:   Was this actually the building where Glyndwr's parliament gathered? 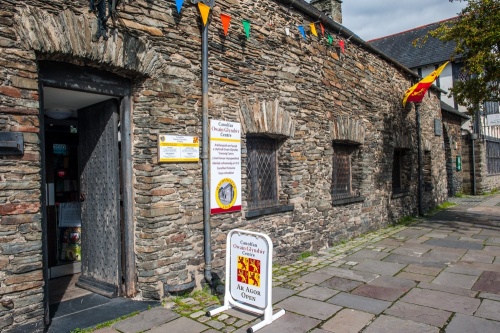 This late medieval town house stands on the site where Owain Glyndwr called together a Parliament in 1404 and was proclaimed Prince of Wales. The house now hosts a museum covering the dramatic events of Glyndwr's life and his historic Parliament.

Glyndwr (alternatively Glyndower or Glyndwir), cut a romantic swath through Welsh history. He led a rebellion against English rule in 1400, and called together a Welsh Parliament, which is traditionally said to have met on this site at an earlier Parliament House.

Glyndwr could trace his family line to the princes of Gwynedd, of Powys, and of Deheubarth. He was perhaps the ideal figure to unite the Welsh in a struggle for independence from the English. Glyndwer did not set out to become the leader of a nationalistic revolt, however; he was simply trying to resolve a long-running dispute with a neighbouring English landowner.

Glyndwr and Reginald de Grey of Ruthin both claimed rights over a patch of common ground. His followers somewhat surprisingly proclaimed Glyndwr as Prince of Wales, and he led his men to sack the town of Ruthin, Lord Grey's stronghold.

Events snowballed, and from being an attack on a personal rival, Glyndwr's rebellion soon became an all-out war against the English in Wales. Men flocked to Glyndwr's banner from across the country, and his army sacked town after town. By 1403 all of Wales was in Glyndwr's control, and it seemed that Welsh independence was attained. In 1404 Glyndwr called a gathering, a Parliament, to meet at Machynlleth.

Along with representatives from across Wales, the Parliament drew dignitaries from Castile, France, and Scotland. The Parliament met on the site now occupied by Parliament House, and here proclaimed Owain Glyndwr as Prince of Wales.

But the halcyon days of Glyndwr's rebellion did not last. Support faded away, and the English harried him throughout Wales. The exact circumstances of his death are unknown, and that very uncertainty led to him becoming a romantic figure of legend and myth, who would emerge from hiding when his country's need was at its greatest, and lead them to victory.

An archaeology study in 2006 concluded that the current stone building of Parliament House dates to about 1460, long after the famous Parliament of 1404. However, the wording of the study says the house was built 'or reconstructed' at that time, making it possible that at least part of the building that houses the Centre was actually used for Owain Glyndwr's Parliament.

The house was restored in the early 20th century, and served for a time as the town library. The man responsible for the restoration was a local MP named David Davies. Davies was so passionate about Glyndwr that he had a mural painted inside the house, depicting Glyndwr leading his troops at the Battle of Hyddgen with Davies' own face on Glyndwr's body.

Glyndwir may have vanished in 1412, but his legend lives on in historical displays, books, and documents depicting his life and that of Wales in medieval times. You can watch a video portraying the proceedings of the 1404 Parliament, and learn about Glyndwr's family tree and links to earlier Welsh princes. There is a reproduction of the 1406 Pennal Letter, sent by Glyndwr to Charles VI of France, where he refers to himself as Prince of Wales. There is a brass rubbing room in the museum, and replica medieval costumes and weapons to help bring this exciting time in Welsh history to life. 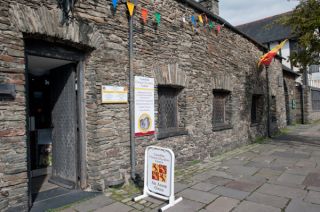 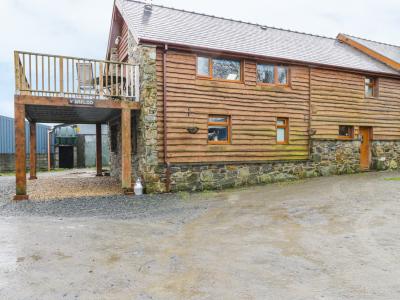 This barn conversion is located in the village of Aberhosan near Machynlleth and can sleep four people in two bedrooms.
Sleeps 4 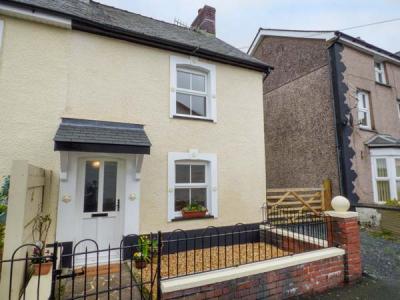 This wonderful semi-detached cottage is attached to the owner?s home and is located in the small, peaceful market town of Machynlleth, a two minute walk from the town?s amenities and …
Sleeps 4