HERITAGE HIGHLIGHTS:   A site linked to one of the most important events in Welsh history 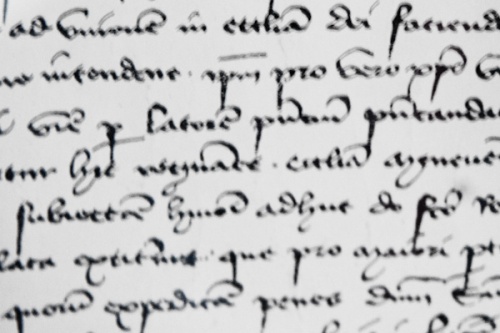 The small village of Pennal is located on the banks of the Dyfi, just a few miles west of the market town of Machynlleth. Machynlleth bills itself as the ancient capital of Wales, for it was there in 1404 that Prince Owain Glendower (Glyn DÅµr, Glyndower, or Glyndwr if you prefer variant Welsh spelling), held his famous Parliament. As for Pennal, it is linked to the last Parliament called by Glyndwr, two years later in 1406.

In 1406 the church served as Chapel Royal for Glyndwr when he held his famous Court of Princes at Pennal. A large and quite impressive painting by artist Aneurin Jones, depicting the gathering of 1406, is on display at the north-west end of the church. It was during Lent of that year that Glyndwr signed the Pennal Letter, one of the most important documents in Welsh history.

The letter was sent by Glyndwr to King Charles of France, appealing for French aid against the English, or as he called them, the 'barbarous Saxons', and in it he outlined his vision of an independent Wales while stressing his obedience to the pope at Avignon.

Glyndwr proposed to establish St David's as the preeminent archbishopric, overseeing 3 Welsh bishoprics and 5 English ones. He also talks of setting up a pair of Welsh universities to establish Welsh scholarship and boost its international reputation.

Unfortunately for Owain Glyndwr's plans, the French king never replied to the Pennal Letter, and with the hope of foreign aide gone, his Welsh supporters began to desert him. Over the next few years, the dream of an independent Wales as put forth by Glyndwr seemed to wither and die.

It is likely that the letter was signed in the church, and a facsimile of the Pennal Letter is on display just inside the entrance. The original is held in the Archives Nationales de France in Paris.

The church was founded in the 6th century by the Celtic saints Eithrias and Tannwg, missionaries from Brittany. The oval-shaped churchyard suggests that the founders chose a location that was already in use as a pagan shrine.

The building as we see it today is primarily Victorian, though it retains 16th-century timbering. Just inside the north door is a small glass case containing a replica of a Bronze Age urn found locally (the original is in the British Museum in London).

This historic church is the only one in Wales dedicated to St Peter ad Vincula, a designation it shares with its sister church, the Chapel Royal at the Tower of London. Sections of the church were rebuilt using stones and bricks from the 1st-century Roman fort at nearby Cefn Coer. 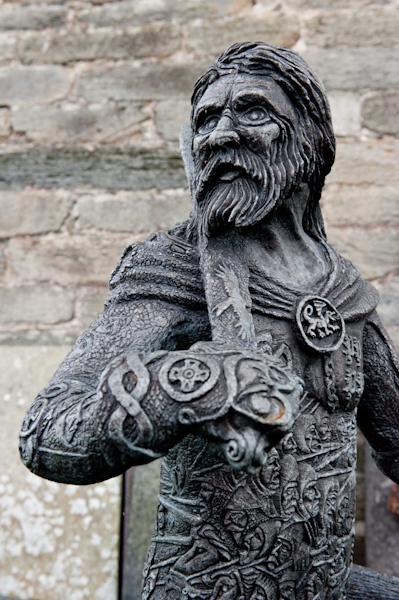 Owain Glyndwr statue outside the church

Owain Glyndwr is not the only historic Welsh personage associated with Pennal's church; in 1390 Lleucu Llwyd (roughly translated into English as Lucy Lloyd), who has been called the Welsh Juliet, was buried here under the altar.

A Victorian monument to her memory is near the north door. Llwyd was the mistress, or, in some versions, the wife, of poet Llywelyn Goch ap Meurig Hen (Llywelyn the Red) who lived from about 1350-1390.

According to the tale, Lleucu's father opposed her marriage to Llewelyn and told her that he had married another. Llewelyn returned home to find his love dead of a broken heart. He buried her at Pennal and wrote a famous lament to her, entitled Marwnad Lleucu Llwyd', or 'The Death of Lucy Lloyd'.

Nearby are three Flemish martyr's head carvings in wood, dated to around 1700. Opposite, near the south door, is a large Victorian brass memorial to the Thruston children. This is the only brass in Wales designed as a portrait.

Throughout the medieval period St Peter ad Vincula was a chapel of ease for Tywyn, but it became a parish in its right in the 17th century.

One feature of note is to be found in the east window, where the Victorian stained glass window shows a figure of a horned Green Man. This is the only stained glass version in Wales of a Green Man (and, as the church guide says, there are probably none in England either).

Behind the church is a fascinating Memorial Garden created in the style of a medieval herb garden, planted with herbs that would have been commonly used at that time. The centrepiece of the garden is a wonderful modern statue of Owain Glyndwr, by sculptor Dave Hayes.

Our Verdict: A wonderful heritage building, just oozing with history. Well worth a visit. 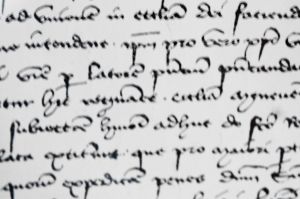