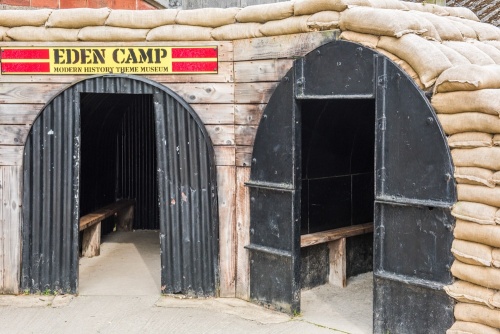 One of the most popular family attractions in North Yorkshire is this award-winning look back in time at life during WWII. The Camp is home to 6 acres of displays covering life on the Home Front during WWII, as well as exhibits on Britain's 20th century military history.

In 1942 the War Office recognised the need for a POW camp to hold Italian and German prisoners captured during the conflict in both Europe and Africa. The War Office requisitioned land just north of Malton and constructed a temporary camp large enough to hold 250 Italian POWs. The Italian prisoners were set to work building a more permanent camp.

In late 1943 they were moved out and Eden Camp was used as accommodation for Polish troops preparing for the invasion of mainland Europe. The Polish troops, in turn, were moved out and from mid-1944 until 1949 the camp help German POWs. After the last of the POWs left the site served as a holiday camp, grain store, and workshops.

In 1987 Eden Camp was reopened as a museum, housed in the original wartime huts. Later additions include a 1942 prefab and a 'Dig for Victory' garden, illustrating post-war housing development.

In 1940 the use of sugar for icing cakes was banned. Traditional tiered wedding cakes were often made with cardboard frames and simply hired from local bakers.

Eden Camp is divided into a series of 29 huts and 3 Mess buildings. Each of the huts covers a different aspect of the war in Britain. Among the 'highlight huts' topics are The Rise of Hitler and the Nazis, The Home Front, the U-Boat Menace, The Blitz, wartime fashions, women at war, Bomber Ops, Prisoners of War, and Civil Defence, to name only a few.

There are special areas for children to learn, and you can take a (theoretical) trip down a coal mine. There is a music hall, a WWI exhibit, a Junior Mess Tent, War News and Communications Room, and even a Forces Reunion hut. It will take a long time to see all there is to see at Eden Camp!

I came to Eden Camp on a cloudy day in late August. I did not really know what I'd find, but what I discovered was simply one of the outstanding museums in Britain. I was astonished by the sheer scope of the exhibits; if you are interested in military history you'll find Eden Camp utterly captivating, but even if you are not the depth of information and the excellent presentation will captivate visitors of all ages.

It truly is an outstanding example of a family-friendly museum, with atmospheric exhibits bringing home the experience of life both on the Home Front and at the Front during WWII. 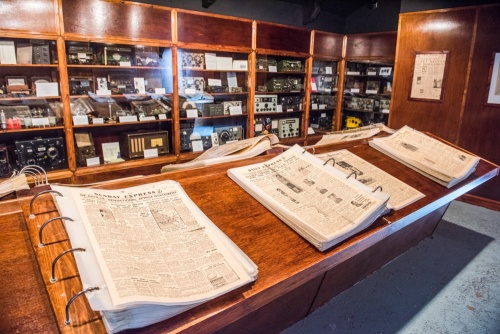 What Eden Camp does exceptionally well is to communicate the sights, sounds, and even the smells of life during the war years.

Mixed amid the huts that hold most of the exhibits are several war memorials. One is the Helper Memorial, dedicated to those in occupied countries who helped British and Allied service personnel escape and return to Britain. Another moving memorial commemorates members of the RAF Bomb Disposal unit.

Eden Camp is far more than just a museum; it is gold mine of information on a remarkable range of WWII topics, from the Dambusters raid to POW escape attempts, from rationing to music hall entertainment during the war years.

The sheer scope of the museum is astonishing. You really do have to pick and choose which exhibits are most interesting to you otherwise you could easily spend an entire day reading and viewing each exhibit in detail. 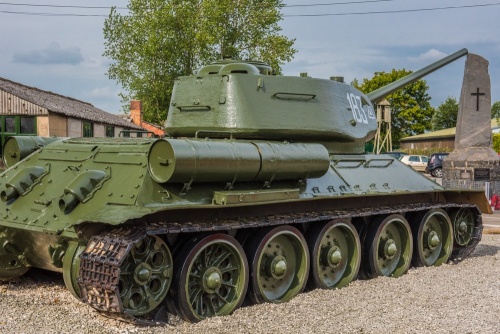 One of the most fascinating exhibits for me was the War News Reading Room housed in Hut 18. The Reading Room is home to hundreds of reproduction newspapers covering the war years. For example, one newspaper that caught my eye was the Daily Express from 28 August 1944, with a lead story covering the Allied entry into Paris.

Eden Camp is very well signposted off the A169 just north of Malton. 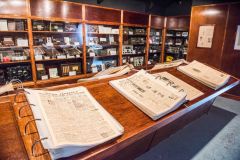 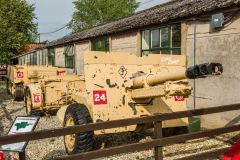 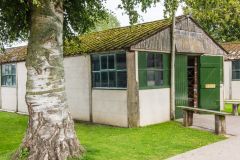 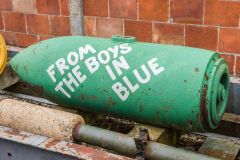 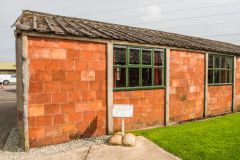 More self catering near Eden Camp >>