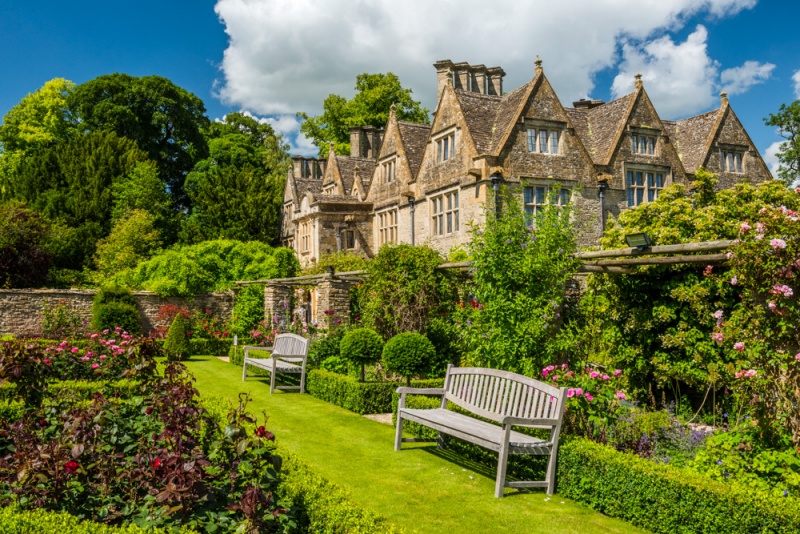 Upper Slaughter Manor is a picturesque Elizabethan manor house set in idyllic Cotswold countryside above the River Eye, just outside Bourton-on-the-Water. The house was built by the Slaughter family and incorporates part of an earlier medieval building. 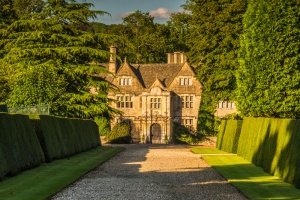 Looking down the main drive

The manor of Upper Slaughter dates back to the Saxon period, and in the Domesday Book of 1086 it is recorded as in the possession of Roger de Lacy, a powerful Norman nobleman, possibly as a submanor of the royal manor of Lower Slaughter. The Abbey at Evesham later claimed the estate, but their claim was rejected by the courts. By 1467 the abbey of Syon, near London, held the manor.

Sometime in the late 12th century the Slaughter family emerge as owners. They may have taken their name from the manor rather than giving the manor their family name. We do know that in 1282 John Slaughter and his wife are recorded as holding the manor.

The house we see today was begun in the Tudor period by the Slaughter family and extended several times, but it stands on the site of a much earlier building, as evidenced by the vaulted crypt beneath the building. The crypt has been dated to the 14th century and may have formed part of a medieval monastery.

An early name of the house seems to have been Well Place, a reference to the numerous springs, or wells, which supplied drinking water. Well House probably gave its name to one of the early lords of the manor, Richard Atwell. 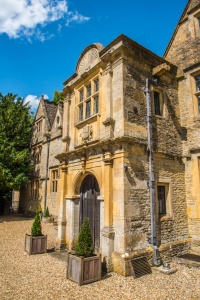 The Manor is built on an L-plan, of rubble beneath a roof of Cotswold stone, and stands on sloping ground above the river. At the centre stands an impressive two-story porch in Doric style with Ionic pilasters and a semi-circular pediment. These neo-classical adornments were added in the 17th century when Greek and Roman style was the fashion.

Though the house was clearly intended to be fashionable, and make a statement of the owner's wealth and taste, the house fell into decay by the middle of the 18th century. In 1742 it was described as no more than a farmhouse.

It was restored in the late 19th century and enlarged in the early 20th century to create a more symmetrical facade. Once again the house was allowed to decay, and was unoccupied for several years. Thankfully it has once more been restored and is now a lived-in family home, open to visitors for several weeks each year.

The tour takes in several rooms on the first floor, then descends a work stone set of spiral stairs to the medieval undercroft, and from there takes in the old kitchen, with its huge stone fireplace.

The interiors are a fascinating mix of historic art, fine furniture, and modern paintings. The owners have collected a wonderful mix of art over the years, arranged in an eclectic style, from bespoke modern works by Kit Williams, known for his 'Masquerade' treasure hunt book, to important pieces of historic ceramics.

The most impressive part of the interior is a nationally important collection of handmade lace, from historic pieces to modern prize-winning samples. According to our friendly tour guide, the lace collection is so well-known that people visit from across the world just to see the collection. 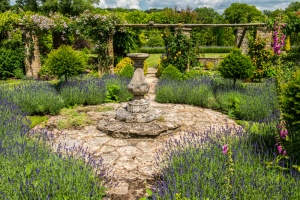 Surrounding the manor are lovely gardens, with lawns sloping down to a small lake. Fanciful topiary dots the land, and on the far side of the lake is a nature trail through quiet woodland, following the course of the River Eye.

Other garden features include a reconstructed folly and a formal rose garden, lush with colour at the height of summer. There are tall, clipped hedges forming a secret garden area, and a beautiful pergola near the house. The gardens stretch to several acres, with glorious views over the surrounding Cotswold landscape, and are well worth a visit in their own right.

The Manor is a member of the Historic Houses Association and is usually open for house tours for 3-4 weeks during the summer months. For exact dates and times see the HHA website link at the end of this article. Note that Friends of the HHA get free access to the gardens, but there is a charge for house tours.

Do not confuse Upper Slaughter Manor with the neighbouring historic house now known as the Lords of the Manor Hotel. I've seen even local people confuse the two. It's not surprising, given that the pair of historic houses stand almost cheek by jowl on the edge of the village.

The Lords of the Manor is essentially a Jacobean building, begun in 1649 by the Slaughter family and converted into a luxury hotel in 1972. By contrast, Upper Slaughter Manor is, and always has been, a private home. Both houses formed part of the same estate until the Manor was separated out in 1852. 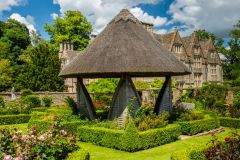 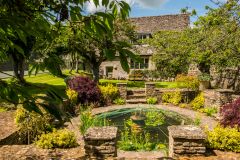 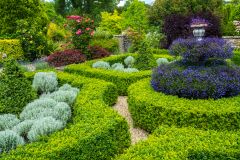 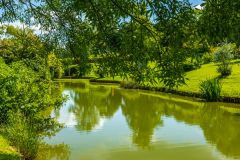 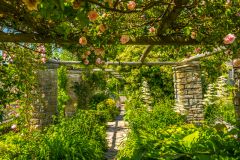 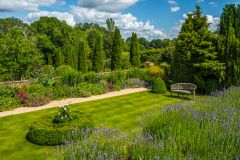