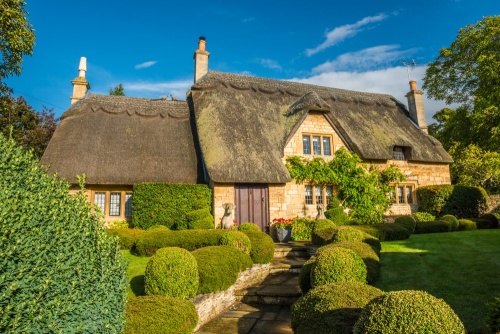 This is the Cotswold countryside at its very best. The market town of Chipping Campden is set in rolling hills, in an area given over to agriculture and sheep farming. The town is located close to the world-famous gardens at Hidcote and Kiftsgate, but it deserves a visit in its right.

Chipping Campden received its first borough charter in 1185, and a market was established near the present High Street. At that time it was known as Campedene. Within a century that market area was being called "Cepynge Campedene," or "Market Campden."

The parish church of St. James was built in the Norman period, at which time it was known as St. Katherines. The prosperity of the Cotswolds during the Middle Ages led to the rebuilding of St. James' during the 15th century, under the patronage of William Grevel.

Inside the church, a memorial brass to Grevel calls him, "the flower of the wool merchants of England." Grevel was responsible for building the aptly named Grevel House, on High Street, with a two-storey bay window dating to 1380.

The church boasts some interesting fittings, including a 15th-century brass lectern shaped like a falcon, altar hangings from 1500, and a ceremonial cope from 1400. 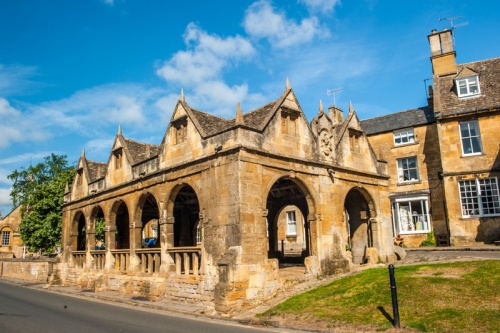 In the churchyard is the tomb of Sir Baptist Hicks, a former Lord Mayor of London, who made his fortune by lending money to James I. Hicks was responsible for the Market Hall, built in 1627. This is without a doubt the most recognizable building in Chipping Campden, if not the entire Cotswolds. Hicks was also responsible for the Jacobean Campden Manor (1612).

Unfortunately, the manor was partly destroyed by Royalist troops in the Civil War, to prevent it from falling into the hands of Parliament. Only fragmentary remains of the manor can be seen, including the entrance gateways and part of the frontage. More intact are the 12 Almshouses, also built by Hicks., and still used to provide housing to local pensioners.

Then there is the Woolstaplers Hall, which, for a nice change, had nothing to do with Sir Baptist Hicks. The Hall was erected in 1340 to serve as a merchant exchange. Merchants came from as far afield as Florence to buy Cotswold wool at the Hall, which was sympathetically restored in the early 20th century.

The oldest inn in Chipping Campden is The Eight Bells, on Church Street. It dates from the 16th century, though by the next century it was divided into two separate houses. The Noel Arms on High Street once hosted the future Charles II, who rested here after the Battle of Worcester in 1651.

Chipping Campden Grammar School was founded in the early 15th century by John Fereby (or Verby), and his wife, Margery. The school was extensively rebuilt in 1628. A few miles from Chipping Campden lies the 14th-century manor of Charrington. 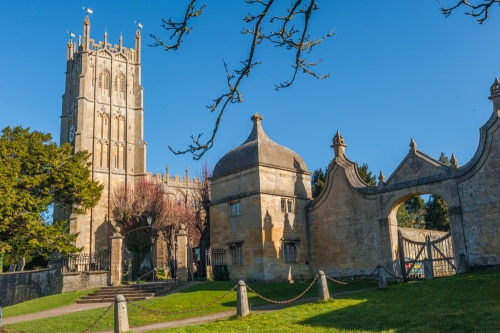 A short walk north of Chipping Campden brings you to the manor of Burnt Norton. If the name of the house rings a vague bell in your mind, you're not mistaken; it is the name of the opening poem of Four Quartets, by TS Eliot.

The story goes that the poet was inspired by the gardens surrounding the house to write his poem, musing on the nature of time and its passage. The garden is generally open only by prior arrangement, or as a location for special events.

Just one mile northwest of Chipping Campden is Dovers Hill, 184 acres of green space located on a spur of the Cotswold escarpment, giving excellent views over the Vale of Evesham. On this spot in 1612, a local lawyer named Robert Dover initiated a peculiar competition known as the Cotswold Olympics, an annual sporting event-cum-fair incorporating traditional Cotswold folk customs such as shin-kicking and cheese rolling

The Cotswold Olympics were banned during the Commonwealth period following the Civil War, reinstated after the Restoration, and again banned by a prim Victorian vicar in 1851. Finally, the fair was reintroduced in 1951. The Cotswold Olympics is held on the first Friday after Whitsun. 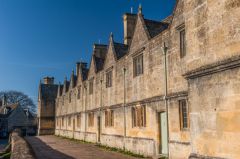 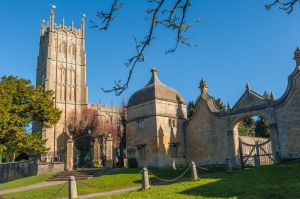 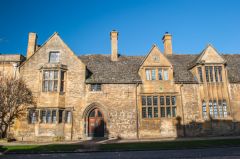 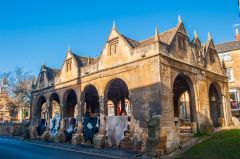 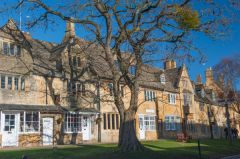 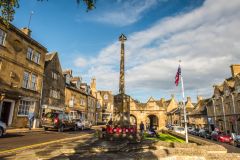 More self catering near Chipping Campden