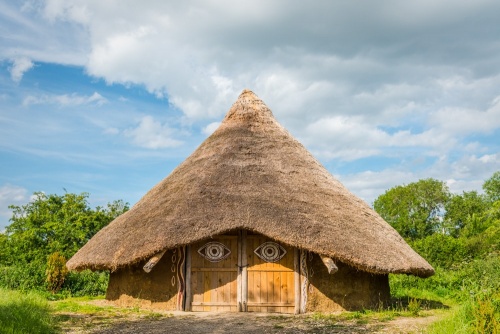 On the outskirts of Bourton-on-the-Water, in the heart of the Cotswolds, lies an extraordinary historic site combining an Iron Age fort and town, a nature reserve and Site of Special Scientific Interest (SSSI).

Within the Greystones Farm Nature Reserve, managed by the Gloucestershire Wildlife Trust, lies an archaeological site of national importance. Salmonsbury Camp is a prehistoric earthwork enclosure erected in the Neolithic period, over 6,000 years ago.

The site was occupied throughout the late Neolithic period, the Bronze Age, the Iron Age, the Roman period and the Dark Ages, until it was finally abandoned in the 5th-century AD. The first evidence of human habitation is a large Neolithic causewayed enclosure, established as early as 4,000 BC. 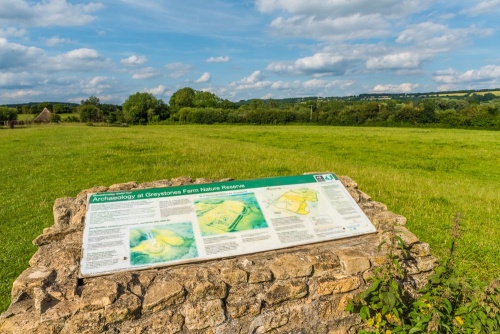 The Neolithic enclosure was not a permanent settlement but a meeting place or ceremonial centre, perhaps a place to worship, trade, or feast.

The causewayed enclosure is made up of roughly concentric ditches and banks around a central area. The ditches are not continuous but are fragmented into short lengths. Similar enclosures in other places have revealed bones and pieces of pottery in the ditches, but no such remains have been found at Salmonsbury.

Roughly 3,000 years after the causewayed camp was built, around 100 BC, a hillfort was constructed, probably by the Dobunni tribe, who controlled this region. Given its low-lying location it seems clear the hillfort was not built for defence, but as a focal point for administration, trade, and community.

The hillfort was defended by double ramparts made of gravel, braced by drystone walls. The well-drained soil made it easy to cultivate livestock and grow crops. There was a reliable water supply from several springs and a stream. 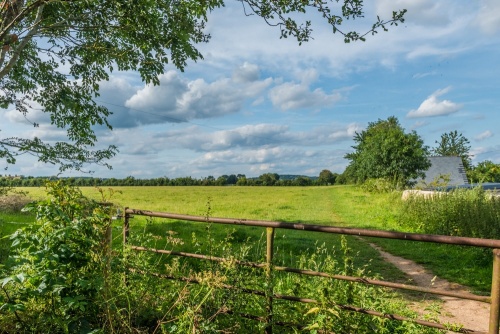 An annexe to the main hillfort offered a secure area to graze livestock, and gave access to the nearby marsh, possibly for ceremonial purposes. Sadly, much of the annexe was destroyed by gravel quarrying in the 1960s.

The Iron Age settlement was only in existence for 150 years when the Romans arrived in Britain. Under the Romans, the focus of settlement shifted west. The hillfort was not abandoned completely, however, until sometime around 420 AD. After the Romans departed, the Anglo-Saxon settlement of Bourton grew up outside the fort's ramparts.

Throughout that long period of settlement, the Salmonsbury site underwent huge changes, but much of the original earthwork is still visible. The most obvious remains are the late Iron Age ramparts.

What makes Salmonsbury unusual is that the Iron Age enclosure does not occupy a hilltop site. The fort is located on low ground between the Dikler and the Windrush rivers. The soil is well-drained, so the site was perfect for agriculture, though not as good for defence. The hillfort (which is not actually on a hill) was occupied from the late Iron Age, about 100 BC, to the end of the Roman period (around 400 AD). 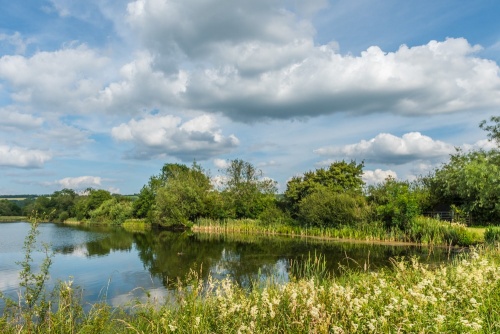 The Iron Age site covers roughly 56 acres (23 hectares) with surrounding ditches and banks on at least three sides. Within these ditches and banks evidence was found for a number of roundhouses. These houses were 6.7m diametre on average, with post holes for supporting a conical thatched roof and walls made of wattle and daub.

Archaeologists discovered bone needles, knife handles and spindle whorls within the enclosure. When the Salmonsbury site was excavated in the middle of the 19th century 147 iron currency bars were unearthed. These bars, shaped like sword blades, are thought to have been used as a basic unit of exchange in the late Iron Age.

The Salmonsbury site was occupied during the Roman period but the earthworks were partially destroyed during this time. It seems likely that the inhabitants of Salmonsbury moved to the nearby Roman settlement at Bourton Bridge, which began in the late 1st century. The Roman settlement was directly beside the Fosse Way (now the A429), one of the major Roman roads..

Salmonsbury seems to have been deserted during the Anglo-Saxon period, though there were several burials in and around the earthworks. The site must have retained local prominence, though, as the local 'Hundred', the Anglo-Saxon administrative division, used Salmonsbury as a meeting place for court proceedings. 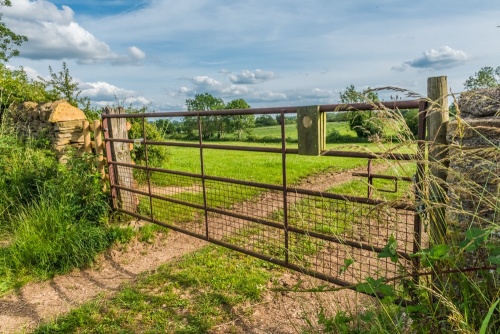 The best way to explore Salmonsbury is to follow the Time Travel Trail, which consists of numbered signposts, each wit a description of a significant historical feature. The Time Travel Trail starts at the Greystone Farm visitor centre and leads along a timeline tracing major events in the site's history to a reconstruction of an Iron Age thatched roundhouse.

The picturesque roundhouse was built using traditional tools and materials and acts as a focal point for events aimed at teaching children about the history of Salmonsbury and what life was like for its inhabitants.

From the roundhouse, the trail takes you over the ramparts of the Iron Age town. To your left is the earthwork annexe, used as a safe grazing area. You go up a short rise to a viewpoint with an information panel, looking out over the Iron Age settlement. You follow the southern rampart that leads past a peaceful lake formed from old gravel quarries, and around the exterior of the Iron Age ramparts.

Number 9 on the Time Travel Trail marks one of the original entrances to the Iron Age town. There was a large entrance in this spot for over 2,000 years. Excavations have revealed that there were double gates, and archaeologists have found wheel marks made by carts passing through the gates. 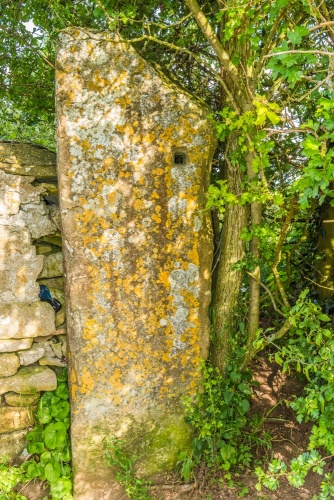 At number 10 on the Time Travel Trail is a large upright stone pillar known as the Salmonsbury Stone. This stone stands at the highest point of the site and is probably a Saxon 'Hundred Stone', marking the place where the Hundred Court met. The Hundred was a Saxon land division, part of a shire.

The origins of the term are obscure but it may mean an area large enough to provide 100 soldiers in times of war. The Hundred Court was made up of 12 freeholders charged with the administration of the region. They might meet at one central location, or at a place that changed regularly.

The Time Travel Trail leads around the Iron Age ramparts and back to the Greystones Visitor Centre. The trail is 2.1km and takes roughly 60 minutes, depending on how often you stop to enjoy the view. From the visitor centre, you can also take a Wildlife Walk, exploring some of Greystones animal, bird and insect habitat. There is a Summer Wildlife Walk of 2km and a shorter year-round route of 1.3km.

Paths are a mix of footpaths, grassy turf, and rough tracks. Some sections can be muddy at some times of the year so good footwear is advisable.

Greystone Nature Reserve is signposted off Station Road in Bourton, near the main visitor car park. Look for the blue pedestrian sign. There is no parking at Greystones itself, so you'll have to walk from the car park, a matter of a few minutes stroll.

At the nature reserve entrance is a seasonal cafe and visitor centre, and the Discovery Barn, where you can learn more about the site and its unique history and natural environment. Greystones is a wonderful place, criss-crossed by footpaths, a place worth seeking out even if you aren't interested in the history of the site.

Greystones Nature Reserve is open at any time. 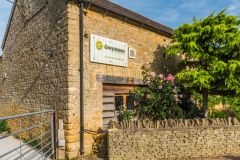 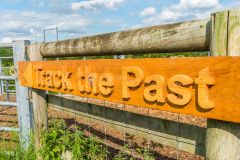 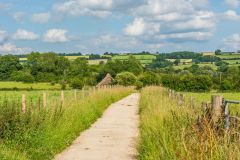 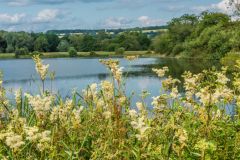 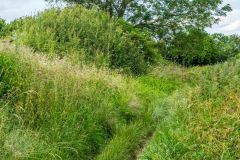 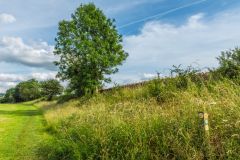 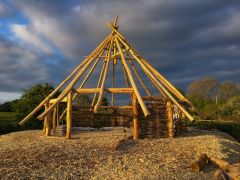 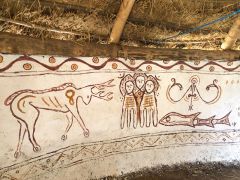 More self catering near Salmonsbury Camp

Self Catering near Bourton-on-the-Water