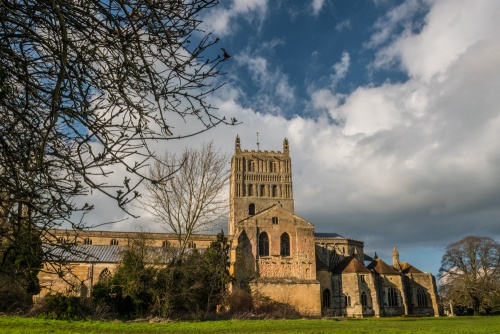 There was a monastic settlement on this site long before the Norman conquest, as Benedictine monks settled here as early as the year 715AD.

The wonderful church we can visit today was founded by Robert FitzHamon, the second cousin of William the Conqueror, in 1102. FitzHamon himself died in 1107, and his chantry chapel (erected several centuries later) is in the south aisle.

It is hard to give a true impression of Tewkesbury Abbey without reference to statistics; suffice it to say that the church is larger than 14 British cathedrals. That hard fact, though, cannot do justice to the magnificent architecture, particularly the interior fabric and furnishings. The Abbey is blessed with some extraordinary chantry chapels, including those of some of the most powerful families of the Middle Ages; the De Spensers, the Beauchamps, and the de Clares. 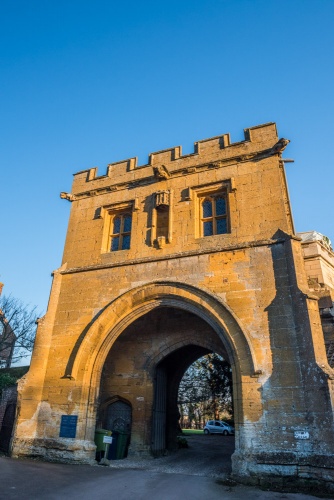 The abbey was an unwelcome host to the terrible aftermath of the Battle of Tewkesbury (1471). The Battle took place almost at the Abbey gates, and when the defeated Lancastrian soldiers took refuge inside the Abbey, they were slaughtered by King Edward IV's men.

A reminder of that dreadful event can be seen in the sacristy door; the inner surface of the door is inset with metal from armour found after the battle. Edward, Prince of Wales, was killed in the battle, and though his final resting place is not known for certain, his memorial is in the Abbey.

Not all the Abbey heritage is so gloomy; the wonderful Milton Organ in the chancel is believed to be the oldest organ in the UK still in regular use. The name comes from its supposed association with the poet John Milton. The huge organ, which has 4611 pipes, originally built in 1631 for Hampton Court Palace, and Milton is believed to have played the organ when it still resided there. Since 1737 it has been at Tewkesbury.

When the Dissolution of the Monasteries caused the monastic settlement to be disbanded, the townsfolk of Tewkesbury rescued the abbey from destruction by purchasing it from the crown for the princely sum of £400. 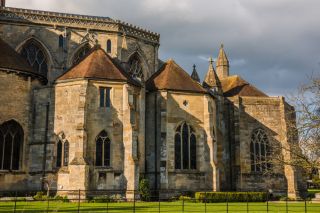 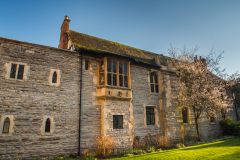 More self catering near Tewkesbury Abbey

Self Catering near Tewkesbury