HERITAGE HIGHLIGHTS:   Easy walk to Dunstanburgh Castle from the harbour 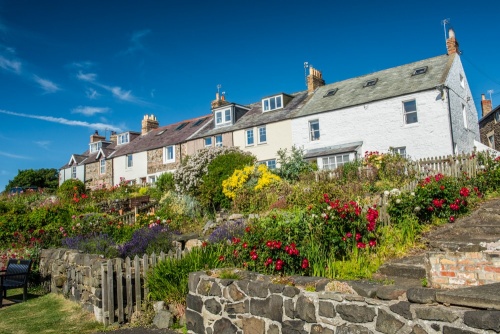 Houses overlooking the harbour in Craster

Craster is a traditional fishing village on the Northumberland coast about seven miles north-east of Alnwick and an equal distance north of Alnmouth. The village is famous for its kippers, made from pickled herring. It also provides a wonderful scenic approach to historic Dunstanburgh Castle. Craster is an excellent base for coastal walks and is known for its fine seafood dining.

Craster probably takes its name from the prehistoric earthwork on the ridge above the harbour. The name means 'Crow's camp', or 'Crow's earthwork', from the Anglo-Saxon Crawe Caestre. The village was held by the Craster family since at least the 11th century, though the first written record comes from 1272.

The family lived at Craster Tower, an 18th-century house based around a 14th-century fortified tower, or pele. In 1666 a two-storey mansion was added onto one side of the medieval tower. Unfortunately, the historic Tower is now subdivided into flats.

The pretty harbour of Craster was built in 1904 by the Craster family to remember Captain Charles Craster, a member of the British army who died on active duty on a mission to Tibet 1904. You can see the remains of Captain Craster's memorial on the harbour wall. 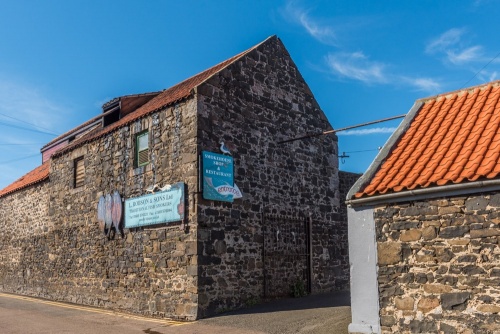 The village car park was once a quarry and produced stone used for making kerbstones. Stone quarried here was loaded into ships in the harbour. You can see remnants of the crane used to hoist stone blocks onto ships at the end of the harbour wall.

Craster is often used by visitors to Dunstanburgh Castle, located one mile north and reached by a very scenic coastal trail. There is a large public car park (in the old quarry) at the entrance to the village, where you will also find public toilets. Take advantage of the toilets as there are none at the castle!

From the car park just follow the well-signposted trail from the harbour to the castle, which is easy to see on the cliffs ahead.

Dunstanburgh Castle was built by the Earl of Lancaster in 1313, but the Earl was executed for treason before the castle was complete. Gateway towers were added in 1325 and 1380, the latter by John of Gaunt. The castle was captured and recaptured several times during the Wars of the Roses. 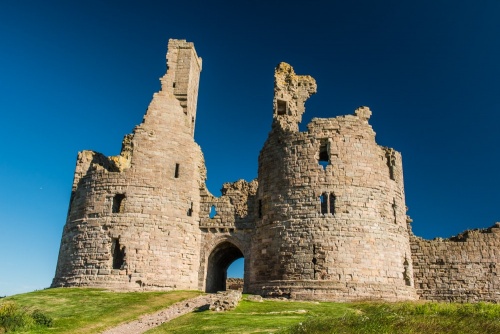 Queen Margaret of Anjou stayed at Dunstanburgh Castle following her army's defeat at the Battle of Hexham in 1464. She is thought to have escaped to safety by boarding a boat in the small cove at the base of the cliffs beneath the castle. The castle fell into decay following the Wars of the Roses and was ruinous by the middle of the 16th century.

Craster's real claim to fame is not its proximity to Dunstanburgh Castle, however, but its heritage as a centre of the herring fishery and the kippers that were processed here in specially-built smokehouses. The real heyday of the kipper fishery was the late Victorian and Edwardian period when some 20 boats sailed from Craster regularly in search of herring shoals.

The boats supplied four smokehouses, where the kippers were processed and heavily salted before being loaded into barrels for shipping throughout Britain. Up to 25,000 fish were processed each day. Most of the fish were gutted and cleaned by seasonal Scottish fishwives. 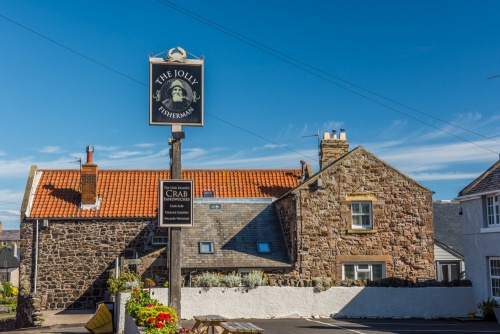 The women lived in extremely basic accommodation called 'kip houses', which were only suitable for having a brief sleep in. These 'kip houses' gave rise to the expression, 'having a kip'.

Sadly, the kipper fishery could not be sustained and today just one smokehouse remains; Robson's Smokehouse, where fish is still smoked and cured in the traditional way. You can enjoy freshly cured kippers in the Craster Fish Restaurant, run by the smokehouse. The Robson company is over a century old but the smokehouse building itself is much older.

The parish church is dedicated to St Peter the Fisherman, which seems appropriate given Craster's heritage. It stands on a parcel of land given to the village by the Craster family in honour of Thomas Wood Craster, who died in 1867. The east window is given in memory of Thomas' son John.

The reading desk was crafted by the Thompson 'Mouseman' studios of Kilburn, Yorkshire and incorporates the studio's trademark mouse symbol carved into the desk's base. Look for the memorial to Percy Adams, a scoutmaster who died trying to rescue two boys who had fallen into the River Tweed.

South of Craster is Howick Hall and Gardens. The Hall was built in 1782 and sits in a stunning landscape garden that includes a formal terrace, herbaceous borders and rock gardens. Surrounding the gardens and house is an arboretum covering 65 acres. Howick Hall is the ancestral home of the Grey family, who have lived here since the 14th century.

The most famous member of the family was the 2nd Earl Grey, who served as Prime Minister under William IV. Earl Grey tea is named after him and was first brewed at Howick Hall using bergamot to counter the taste of lime in the local water supply. 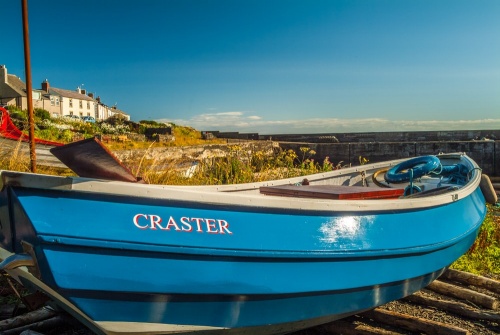 A boat drawn up by the harbour

Craster often appears in calendars and postcards; the village and its stunning coastal scenery is a magnet for photographers. It is also popular with birdwatchers, who can spot a huge variety of seabirds in the area. Turnstone, redshanks, herring gulls, black-headed gulls and eider ducks are common around the harbour.

Next to the village car park is the Arnold Memorial Nature Reserve, owned by the Northumberland Wildlife Trust and taking in the former quarry as well as the whinstone ridge of Craster Heugh with its surrounding scrub and woodland.

Craster is on a minor road signposted off the B1339 about two miles south of Embleton. There is a large car park at the entrance to the village where you will find a public toilet and a tourist information centre.

We've visited Craster several times and can't recommend it highly enough. The harbour is incredibly pretty and its coastal location is simply wonderful. 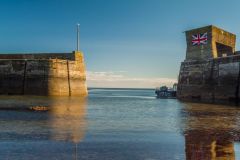 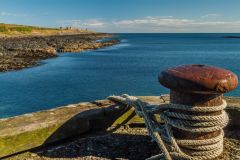 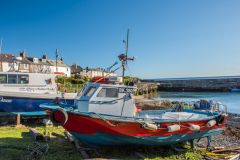 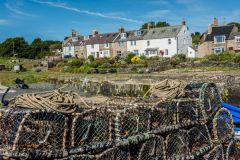 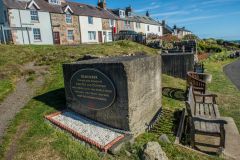 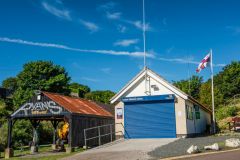 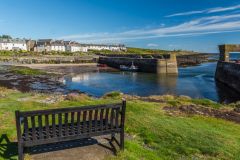 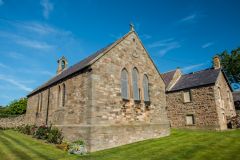 More self catering near Craster

The Tavern - Steakhouse and Lodge - 6.3 miles
Alnwick, Northumberland
Stay from: £30.00

More bed and breakfasts near Craster

Self Catering near Craster