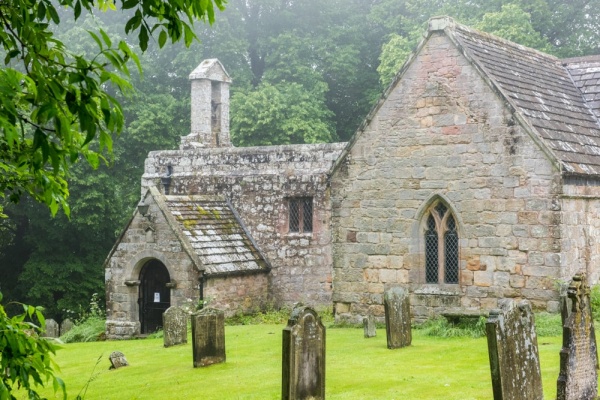 Tucked into a wooded setting beside the entrance to Chillingham Castle stands the attractive Norman church of St Peter. Though the church was begun in the 12th century, very little remains of the earliest building and much of what we see today dates to the 15th century.

The porch helps protect an original Norman doorway from the elements. As you pass through the porch into the church interior the first thing you notice is a 17th-century font at the west end of the nave. The nave interior is filled with 19th-century box pews. 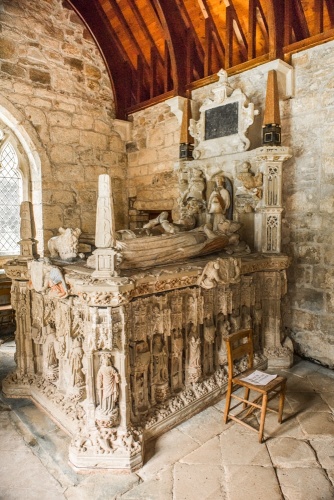 The most interesting feature is the astonishing tomb of Sir Ralph Grey (d 1443) and his wife Elizabeth in the north transept. The tomb is made of sandstone and alabaster and the carving is incredibly detailed in an opulent, over-the-top style.

You are left with no doubt that Sir Ralph's heirs wanted to impress and awe you with the grandeur of his memorial. You can still see obvious traces of paint that gives a hint of how spectacular the tomb must have been when it was new. Even today, after the passage of over 5 centuries, it is stunning.

The base of the tomb chest is decorated with carved figures of 14 saints separated by heraldic shields. In the centre of each side is a pair of larger angels bearing shields. Above the figures of Sir Ralph and Lady Elizabeth is an ornate reredos holding another heraldic shield, flanked by demi-angels. Over the reredos is a later addition bearing the Royalist motto 'De bon vouloir servir le Roy' (which translates as 'to serve the king with goodwill').

Sir Ralph fought for the Lancastrian side in the Wars of the Roses, while his son fought for the Yorkist cause. When the Lancastrians had the upper hand Sir Ralph sentenced his own son to death by hanging, drawing, and quartering. The sentence was eased at the last minute and the younger Grey was 'only' beheaded.

Sir Ralph's most famous deed during the conflict came when he captured Roxburgh Castle, aided by just 81 men, and was able to hold off the efforts of the King of Scotland to recapture the castle. 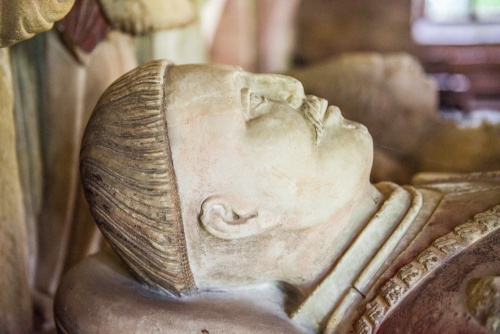 Overshadowed by the Grey memorial is a 1691 wall monument to Robert Charnocke (d 1691). In the south chapel is an 18th-century fireplace with finely carved Gothic detail.

The church is usually open daylight hours and was open when we visited. it is well worth a side-trip to visit if you are already planning to visit the castle or the white cattle.

Chillingham Castle is generally considered one of the most haunted buildings in England. One of the spectres said to haunt the castle is that of Lady Mary Berkeley (d 1719). Lady Mary was the wife of Lord Grey of Wark and Chillingham. Her husband ran off with her sister, and Lady Mary was left at Chillingham, pining for her husband, who never returned.

Her spirit has been sensed by numerous castle visitors, many of whom report an unearthly chill and a rustle of silk when there is no-one there. Lady Mary is said to be buried at St Peter's Church, though I could not find any evidence of a tomb. 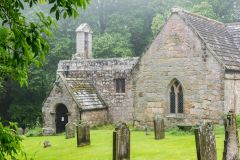 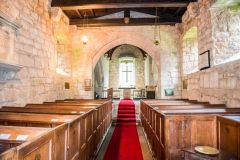 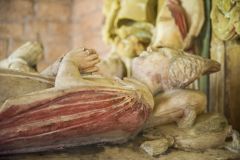 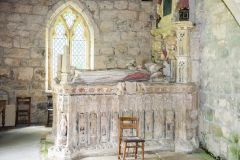 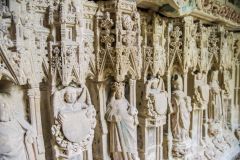 More self catering near Chillingham

More bed and breakfasts near Chillingham

Self Catering near Chillingham