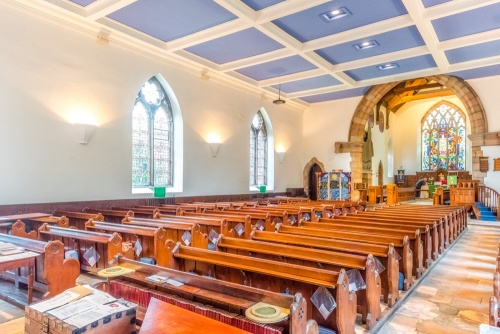 In the heart of Wooler, just off the market place, stands the parish church of St Mary. The church was built in 1764 to replace an earlier 12th-century building. It boasts a collection of outstanding Victorian stained glass in the nave.

The church was built of Doddington stone, quarried locally, and completed in 1765. It is topped by a roof made of Lakeland and Welsh slate.

Many of the interior furnishings we see today were installed during enlargement of the church in 1913. Among these early 20th century furnishings are the organ, choir stalls, and pulpit.

The east window is an outstanding example of 20th-century craftsmanship, created by Harry Stammers of York in 1962 and depicting Christ in Glory. Under the east window is a memorial to those local residents who died in both World Wars. 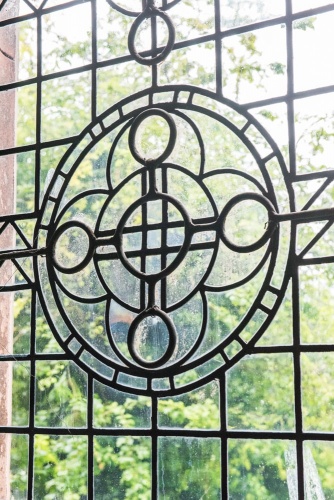 Victorian window in the nave

When FR Wilson was called in to restore the church in 1873 he described it as 'almost hopelessly and uncompromisingly unecclesiastical and unarchtecturesque'. Wilson might not have been impressed, but he produced created a spacious and light interior aided by outstanding examples of Victorian stained glass in the nave windows.

Each window at first glance appears similar but if you examine them you will soon see that each is completely unique, with clear glass and designs created by different patterns of curved and straight leading.

Outside the church on the south-west corner of the nave is a sundial inscribed with the date 1765.

The font comes from the redundant church at Whittingham and was installed in 1913. Pieces of the original 18th-century font were later found in a garden in Doddington. 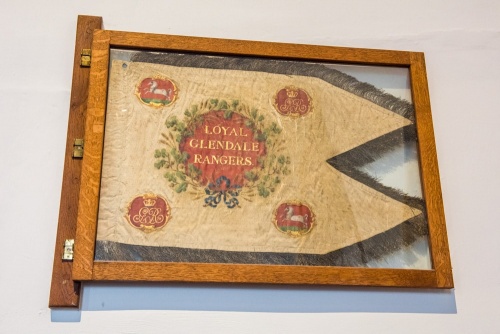 One of the best memorials in the church is a pair of plaques to Rev William Haigh, who served as vicar of St Mary's from 1805-1835. Haigh's wife and daughter are also commemorated. It was Rev Haigh who helped extend the nave in 1834.

Frances Haigh's memorial (d 1837) describes how her 'zeal in the religious instruction and useful employment of the Female youth in this parish ably seconded the efforts of her father'.

Look for the Glendale Rangers Pennant on the wall. When war with France loomed in the 1790s many private armies were raised. Among these was The Loyal Glendale Rangers, under the patronage of Mr Askew of Pallinsburn. The pennant is in a glass case that is hinged so that you can see both sides. Thankfully, the Glendale Rangers were never required as the anticipated French invasion never materialised.

The west window was the work of Percy Bacon Brothers of London and depicts the Biblical story of Ruth and Naomi. 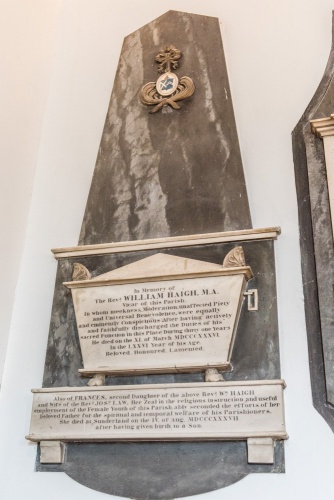 The clock was installed in 1856 and is driven by weights that descend very slowly, driven solely by gravity. A plaque on the wall commemorates the installation of the clock with the words, 'We take no note of time, but from its loss. To give it then a tongue is wise in man'.

It seems somewhat peculiar that a place with such a rich history as the Northumberland town of Wooler does not have a medieval church, but St Mary's is an intriguing example of an 18th-century building, extended in the Victorian period and boasting some exceptional early 20th century furnishings.

The church is extremely easy to find; it is located at the eastern end of the market place a the end of Church Street. It is an extremely short walk from the remains of the 16th-century fortification known as Wooler Tower. The church was open when we visited.

St Mary's is listed Grade II for its historical interest. 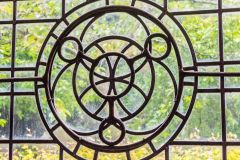 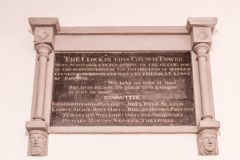