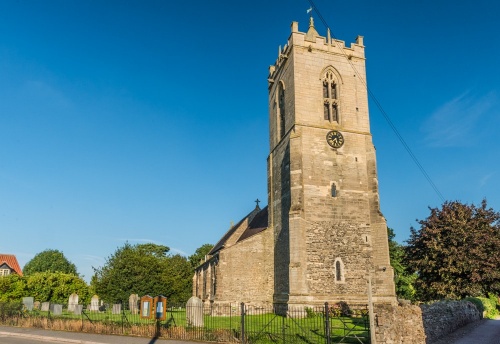 Car Colston is a pretty Nottinghamshire village six miles south-west of Newark on Trent. The village is mentioned in the Domesday Book of 1086 but no church was recorded at that time. The oldest part of the parish church, dedicated to St Mary, is the base of the west tower, which dates to the late 12th or early 13th century.

The top section of the tower is in 15th-century Perpendicular style but the nave and chancel date to the 14th century. From the middle of the 14th century until the Dissolution of the Monasteries the church belonged to Worksop Priory. 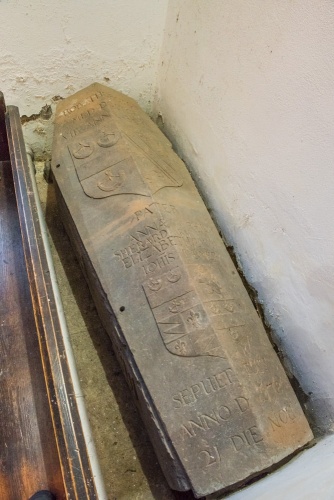 The Priory was responsible for the chancel, which features a superb combination of an ornately carved sedilia and piscina in Decorated Gothic style with a large east window of the same period. The three-seat sedilia is exceptional, with beautifully detailed carving, including several small, humorous faces amid the ornately carved crocketing. Look for the ram's head low on the right side of the sedilia.

One of the chancel windows was designed by the famous Arts and Crafts artist Charles Kempe. The window was given as a memorial to Henry Girardot and his wife by their son The Rev. John Chancourt Girardot. Rev Girardot was known as a wealthy sporting parson and built Car Colston Hall in the late 19th century. Unusually, the chancel is higher than the nave.

Separating the chancel from the nave is a Victorian screen in 14th-century style to match the chancel window tracery. Against the north wall of the chancel is a stone slab that may have been the original medieval altar slab. It was found near the site where Dr Thoroton was buried and may have served as his headstone. 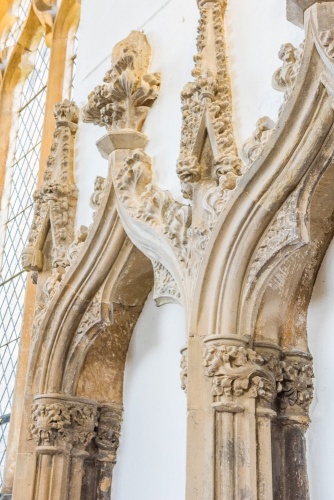 Perhaps the most famous person buried at St Mary's is the 17th-century antiquarian Dr Robert Thoroton, author of 'Antiquities of Nottinghamshire', who lived on the site of the present Old Hall Farm. Such was Thoroton's importance in researching the heritage of the county that the Nottinghamshire antiquarian society adopted his name.

Thoroton's grave was discovered during restoration work in the 19th century and his coffin was moved to the west end of the south aisle. It bears the Thoroton coat of arms as well as the arms of the Lovetot, Morin, Boun, Tibtot, and Hunt families from whom he claimed descent.

Dr Thoroton must have been extremely proud of his ancestry, for he also placed a stone slab on the south-east exterior buttress in 1644 bearing his family arms and a Latin inscription. Unfortunately, the inscription is so badly eroded now as to be illegible. A plaque in Dr Thoroton's honour is on the chapel wall. 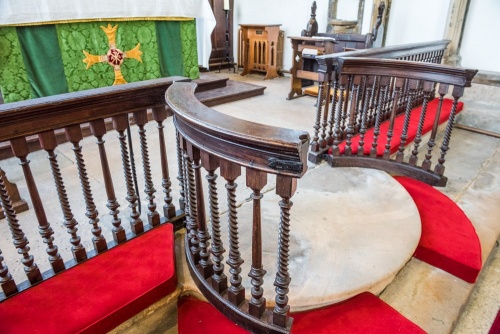 In the vestry is a small memorial brass to Gregory Henson, dated 1613, with the Latin inscription giving his name as 'Gregorius'. Henson left the considerable sum of £12 to pay for a bell. He also gave land to und repairs to the bells and windows. The communion table dates to the 16th century and was given in 1732 by Anna Sherrard, a granddaughter of Dr Thoroton. She also gave the striking communion rails with their unusual semi-circular gates.

The oldest feature in the church is a Norman font, carved from a single block of sandstone. The font is decorated with roll moulding around the rim. One historian has dated the font to about 1130, suggesting it may have come from an earlier church. The base shows traces of plastering and faded paint.

Nearby is a 16th-century poor box on a wooden pillar.

The pulpit and priest's stall are Jacobean (early 17th century). The central block of pews are Victorian but the outer ones date to the 14th century. In the side chapel, dedicated to St John the Baptist, is a memorial to an Indian Army officer and his wife. 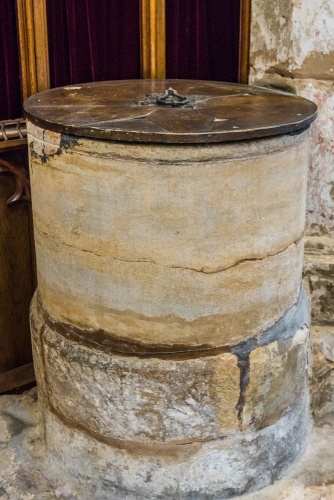 There are four bells in the tower. The oldest was cast before the Reformation, but it is difficult to determine the exact date. Two others are 17th century and the fourth dates to 1872. 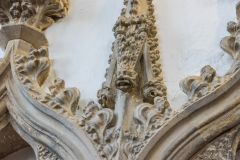 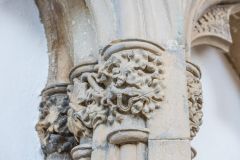 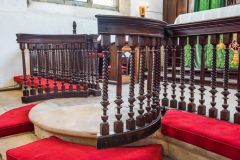 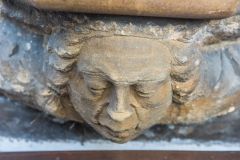