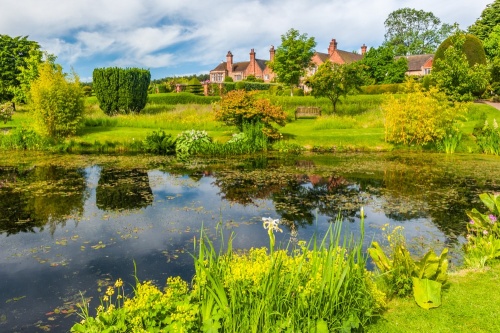 Felley Priory Gardens are modern gardens surrounding a historic Tudor manor house, itself incorporating parts of a 12th-century Augustinian priory. The garden was the creation of Major Robert Patricius Chaworth Musters, a former officer in the Coldstream Guards, and his wife Maria Monckton, daughter of the 8th Viscount Galway.

The first terraced gardens below the house were laid out in the 1890s, but most of what we see today was designed after 1974. The exposed site is protected by a belt of yew hedges that held shield long herbaceous borders.

One of the real features at Felley Priory is the wealth of spring flowers. The old orchard is a delight in spring with lush displays of daffodils. Some of the daffodil varieties are very rare. Other spring features are tulips, magnolias, Snake's Head Fritillary, hellebores and peonies. Bluebells carpet the woodland at this time of the year. 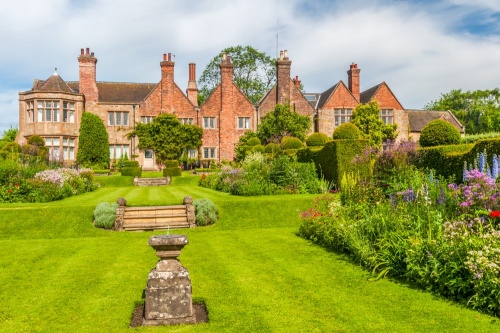 In summer the herbaceous borders take centre stage, and the walled rose garden features old-fashioned roses such as Moss Roses, Gallicias, Bourbons, and Chinensis. Agapanthus thrives, protected by the Tudor wall, and a traditional knot garden formed by box and yew topiary protects pergolas festooned with clematis, roses, and lonicera.

Autumn is the best time to see hydrangeas, including several rare species. The trees turn red and orange colours and colchicums add a splash of white and delicate mauve.

Winter lets the topiary shine; even coated with a layer of snow the architectural quality of the topiary shines through and beautifully compliments the historic house. And when the snow gives way to the first glimpse of spring the gardens are full of snowdrops, including white and yellow varieties. 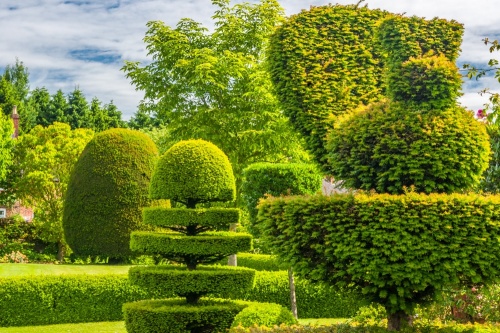 Attractive topiary is a garden feature

Felley Priory truly is a garden for all seasons.

There is a tearoom and a garden nursery where you can purchase plants grown on-site. The gardens host a variety of events throughout the year, including a Heritage Rare Plant Fair, bluebell walks, and a guided photography walk.

Sometime before 1151, a small hermitage dedicated to Our Lady was established at Felley, in northern Nottinghamshire. In 1156 Ralph Brito of Annesley founded a fully-fledged Augustinian priory on the hermitage site and rededicated it to St Helen.

Felley Priory was served by a dozen canons under a prior. They built a mill at the base of the hill and a stew pond for raising carp. The pond can still be seen just outside the lower garden wall. 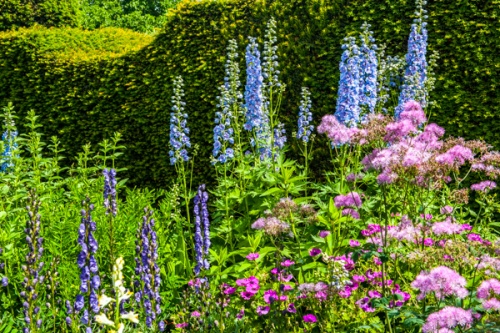 The priory was under the control of Worksop Priory until 1260, but in that year the Prior of Worksop agreed to grant Felley Priory independence in exchange for an annual payment of 20s.

Felley Priory was never very large nor prosperous. It was dissolved by Henry VIII's commissioners in 1536 and the last prior was given a pension of £6 per year (later rescinded when he became the Rector of Attenborough). The great seal of Felley Priory is held in the British Museum.

After the suppression of the Priory the estate was purchased by William Bolles. Many of the monastic buildings were pulled down, but the remainder was incorporated into a comfortable Tudor residence. The pillars that flank the garden entrance formed part of the Priory church, and the west facade (between the Tudor doorway and chimney stack) was part of the Priory.

The central house block dates to the 16th and 17th centuries. On the west facade is an exceptional Tudor chimney, and striking sculptures of a lion and unicorn. The brick-built facade dates to 1557 and is on the site of the Priory cloisters. The stone-built ends of the house are Victorian, built around 1860. 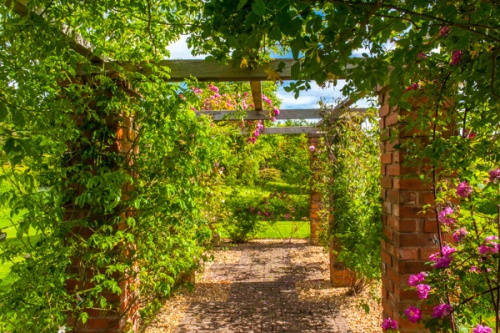 Felley Priory suffered during the Civil War. The house was ransacked and used by Royalist troops as a garrison. The house was purchased by the Chaworth-Musters family in 1822, but the family lived at their other home of Annesley Hall until 1973 when they moved to Felley.

The Chaworth family traces its British roots back to the 12th century when Patricius Chaworth emigrated from France and settled in the Vale of Belvoir. Charles I raised one of Patricius Chaworth's descendants to the peerage as the 1st Viscount Chaworth in 1628.

A later Viscount Chaworth was killed in a duel by Lord Byron, the poet's great-uncle. Perhaps the most dramatic moment in family history came in 1831 when rioting crowds ransacked the family home of Colwick Hall, near Nottingham. Mrs Chaworth Musters and her daughter hid in the shrubbery in the rain while the mob looted and burned the house. She died a few months later, her health destroyed by the terrifying event. 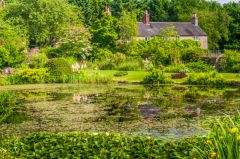 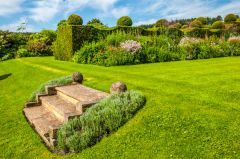 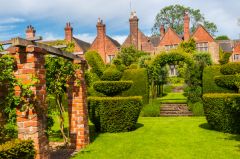 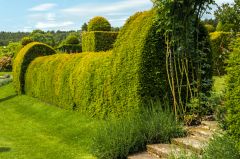 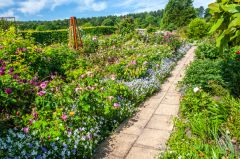