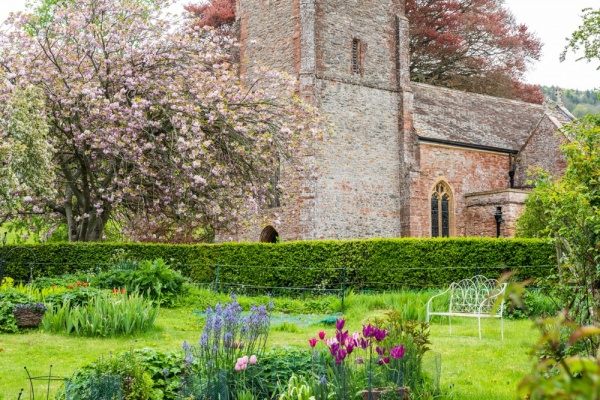 In a picturesque setting beside the 17th-century manor house at Cothelstone stands the 13th-century church of St Thomas of Canterbury.

There was a chapel at Cothelstone in the Saxon period. After the Norman Conquest, the Cothelstone estate was given by William the Conqueror to Adam de Coveston, a vassal of the Bishop of Winchester. The Coveston family later changed their name to Stawell.

The chapel was granted by the Bishop to the monks of Taunton Priory. In the 13th century, the chapel became a parish church, linked to Kingston, but it has always maintained a close link to the lords of Cothelstone Manor.

For over 500 years those owners were the Stawell family, and memorials to generations of the Stawells fill the church interior. Interestingly, the will of Robert Stawell, who died in 1499, refers to the church as 'the parish church of St John the Baptist of Cothelstone'. It was not until after the Reformation that the church was rededicated to St Thomas of Canterbury. That may have been in 1786 when Cothelstone became a parish in its own right, independent of Kingston.

The church layout is very simple, with a west tower, rectangular nave and chapel, south porch, south chapel, and north vestry. The most striking feature is the west tower, built in Perpendicular Gothic style and remodelled by Edward Jeffries Esdaile in 1863. The oldest feature is a 12th-century Norman pillar between the nave and the Stawell Chapel. 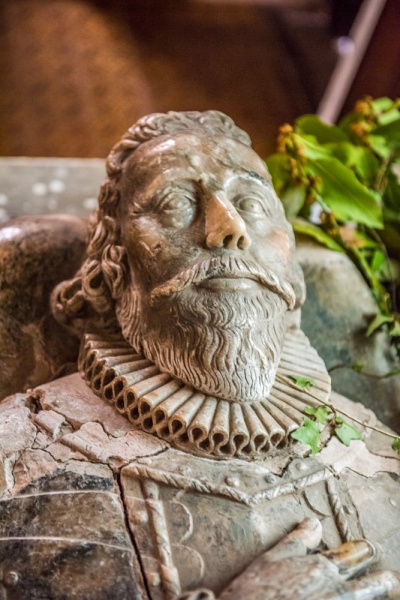 The real highlight of Cothelstone Church is a pair of monuments to the Stawell family. The first stands beneath the eastern arch of the nave arcade and commemorates Sir Matthew de Stawell (d. 1379) and his wife Eleanor Merton. Sir Matthew is shown in full armour, his feet on a lion and his head resting on his helmet. Lady Eleanor is depicted with her feet resting on two squirrels. Around the base of the tomb are shields of the Merton and Stawell families along with arms showing the marriages of the couple's 14 sons.

The second impressive table tomb commemorates Sir John Stawell and his wife Frances Dyer, and is dated 1603. The tomb originally had an impressive canopy over it but the canopy was removed when the tomb itself was moved to make way for the present pulpit during the Victorian restoration. The effigies of Sir John Stawell and his wife Elizabeth are carved from alabaster.

In the sanctuary is a wall tablet commemorating Sir John Stawell, a Royalist supporter during the Civil War whose support for the king made Oliver Cromwell throw him into prison and order Cothelstone Manor to be destroyed by cannon fire. The manor was taken from the Stawells but was restored by King Charles II at the Restoration of the Monarchy.

Also in the sanctuary is a simpler wall tablet to the Sir John Stawell who died in 1601. Sir John helped muster troops to meet the threat of the Spanish Armada. His hand rests upon a Bible, which may explain why the effigy was spared by Parliamentary troops during the destruction of Cothelstone Manor. 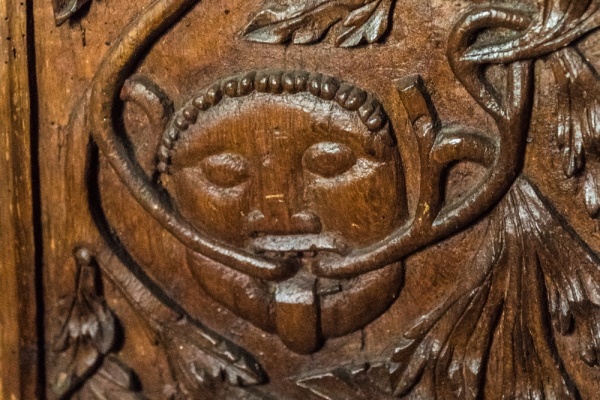 In a display case is a beautifully preserved Bible dating to 1634. There are several exceptionally good medieval carved bench ends, including several with the Stawell coat of arms and one depicting a Green Man.

Another very simple plaque commemorates Francis Samuel Drake Esdaile, a midshipman aboard the HMS Barfleur who died of wounds received at Tientsin in 1900, aged just 17.

The pulpit dates to the 17th century and is decorated with the Stawell family arms. The octagonal font dates to the late 15th century. There is a ring of six bells in the tower. The oldest was cast in 1632 for the marriage of Sir John Stawell and Lady Elizabeth Killigrew.

There are fragments of medieval stained glass in the window at the south-west end of the nave and more in the upper lights of the south aisle windows where you can make out figures of saints. The east window is by Sir Ninian Comper.

In the churchyard you will find the grave of Iolanthe, the daughter of poet Percy Bysshe Shelley, who married Edward Jeffries Esdaile. The Esdaile family purchased the Cothelstone estate from the Stawells in the late 18th century and later restored the manor house. 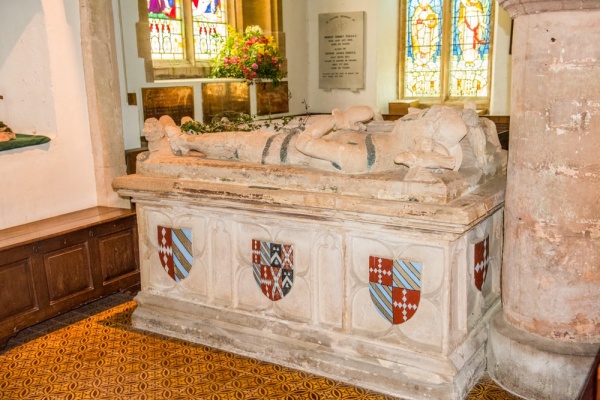 Everything about Cothelstone Church is picturesque. You first catch a glimpse of the church peering out from behind the historic manor house. The church can only be reached by a permissive footpath that leads beside the manor house drive, beside pretty 19th-century cottages, to the churchyard behind the manor.

Note the gateway arch that fronts onto the main road. It was used by the infamous Judge Jeffreys to hang two supporters of the Duke of Monmouth in 1685. 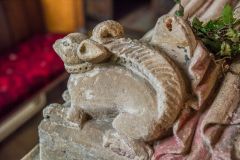 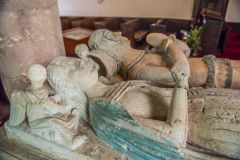 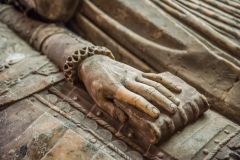 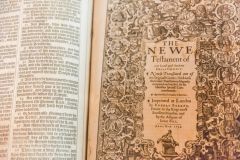 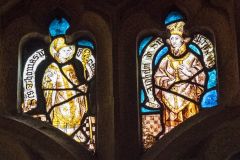 More self catering near Cothelstone, St Thomas of Canterbury Church