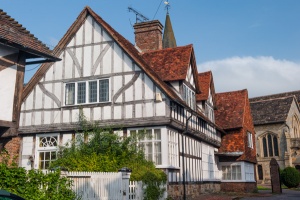 Lingfield is a large village in the south-east of Surrey, close to the Kent border. It is best known for its racecourse, hosting race meetings every month of the year, with turf, harness-racing, National Hunt, and all-weather races.

The racecourse developed during the late 19th century when the development of rail travel meant that high-society could easily travel to Lingfield from central London. The Lingfield Park racecourse was officially opened by Prince Edward, later Edward VII, in 1890, and the Park has used the Prince of Wales feather symbol ever since.

The course was originally used only for jump racing events, but in 1894 flat racing was added. The Derby Trial Stakes was first held at Lingfield in 1932 and the first Oaks Trials shortly after, and both these prestigious races are still held and highlight the annual racing calendar.

The course was briefly closed during WWII, when the Home Guard used the home straight for marching practise and simulated attacks, and Italian prisoners of war were held in an internment camp on the estate. 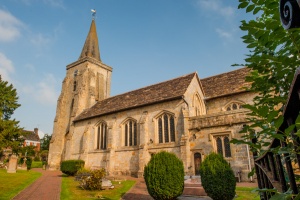 Also on the outskirts of Lingfield is Haxsted Mill, a double-frontage water mill in a beautiful location along the River Eden. The western half of the mill dates to 1580 on the foundations of an even earlier 14th-century mill, while the eastern half was added in 1794.

The mill ground flour until 1919, then was converted to produce animal feed for local farmers. The mill, with its displays of the building's history and milling process, is open to visitors but it primarily operates as a restaurant and bar.

Lingfield has one of the oldest known cricket clubs, which played its first recorded match in 1739. Just 2 miles to the east of the village are the partial ruins of Starborough Castle, built - or at least fortified by - Lord Cobham in 1341. Little of the castle remains beyond ruins of walls and a moat.

The real historic heart of Lingfield is based around the attractive Perpendicular church of St Peter and St Paul, one of the largest and finest 15th-century churches in Surrey. The church dates to the late Saxon period and vestiges of Saxon work can still be seen in the west wall. The tower itself is mostly 14th century.

Sir Reginald Cobham rebuilt the church in 1431 and converted it to collegiate use (i.e. with a college of secular chaplains to pray for his soul and those of his family). The chaplains lived in a specially built residence, with a hall-house attached for guests.

The guesthouse, built in 1431, now houses the village library. There are no other college buildings standing, and an 18th-century farmhouse called College now stands on the site. 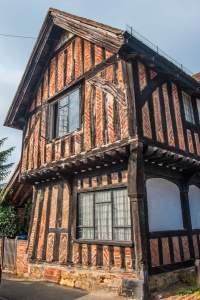 So large and stately is the church that it is known locally as The Westminster Abbey of the south east'. The interior features 15th-century stalls with misericords, a carved rood screen and a chained Bible. But the most interesting historic features are the Cobham memorials, including that of Lord Cobham (d. 1361), his feet resting on a Saracen's head. There are a very fine collection of memorial brasses; among the finest collections in Surrey.

The conservation area around the church is a delight, with ramshackle timber-framed buildings dating from the late medieval period to the 18th century. On the lane leading to the churchyard is a terrace of listed buildings including Star Inn Cottages and Church House, with Georgian frontages hiding a much earlier Tudor core.

Off High Street by the pond is a 'village cage'; a small 18th-century lockup used to house minor criminals. It was last used in 1882 to hold a poacher. The Lingfield Cage is remembered in the name of the nearby 'The Old Cage Inn' on Plaistow Street, built in 1592.

The pond was created when sandstone was quarried for making the roads. Nearby is a large medieval cross, thought to be over 500 years old.

More self catering near Lingfield

More bed and breakfasts near Lingfield