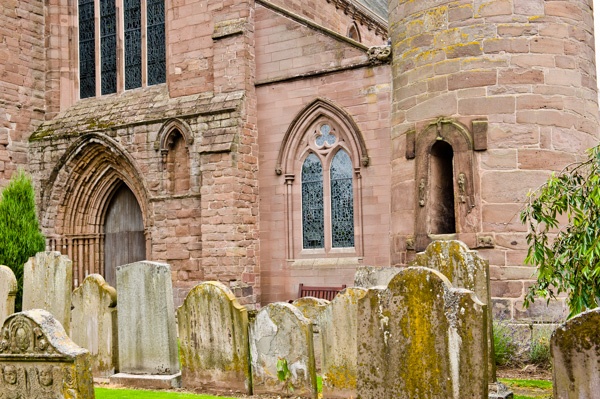 The town of Brechin stands beside the South Esk river, in the area of Strathmore set against the eastern Grampian mountains. Brechin was the site where in 1296 John Baliol handed over lordship of Scotland to Edward I (represented by the Bishop of Durham). Brechin became a royal burgh in 1641.

The most interesting historic building is the parish church - originally a cathedral. The church was founded by King David around 1150, but the current building dates almost entirely to the 13th century and suffers from an overzealous 19th-century restoration.

Within the church is a 9th-century cross head carved in a style common to Northumbria. Beside the church is a round tower, thought to date to the 11th or possibly even the 10th century. The style of construction is very similar to towers of the same age in Ireland.

Near the old cathedral is Brechin Castle, an early 18th-century country house that has been the home of the Earls of Dalhousie for over 250 years. The roots of the building go back much further, to at least the 13th century.

In 1303 the castle withstood a siege by Edward I for three weeks, and only surrendered when the castle Governor, Sir Thomas Maule, died. Interestingly, the Dalhousies who currently own the castle are directly descended from Sir Thomas.

Four miles away is the House of Dun, a lovely Georgian house built by William Adam, and if you fancy a bit more history, the Aberlemno Sculptured Stones are only seven miles distant. 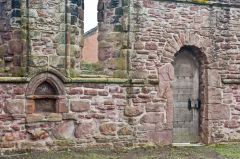 More self catering near Brechin >>

More bed and breakfasts near Brechin >>