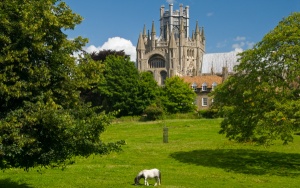 Flat. That's the word that best describes East Anglia. The level landscape imparts a sense of space and freedom, and also allows opportunities for easy walks and cycling. Much of that landscape was under water until several centuries ago; prodigious drainage projects from the Middle Ages onward have reclaimed land that was once best navigated in a flat-bottomed boat.

One of the highlights of the Fen Country is Ely, with its superb Cathedral rising on a low hump of ground above the surrounding fens. Ely is renown for its remarkable octagonal lantern tower, one of the engineering triumphs of medieval architecture.

Vying for cathedral honours in East Anglia is Norwich, where the cathedral has the unusual - for England - feature of a rounded apse behind the high altar. Look for the carvings on the bosses of the nave and in the cloister walk. The interior is a superb example of Norman architecture, and the bishop's throne behind the high altar is the oldest in England. William the Conqueror built a castle at Norwich in 1067, using the townsfolk as forced labour, and the present stone castle was built on the same mound some 60 years later. 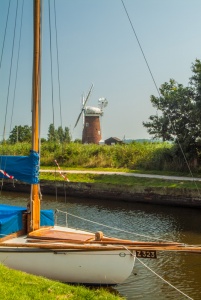 Norwich is the gateway to the Norfolk Broads, a National Park made up of a multitude of broad, shallow lakes lying along five major rivers. The Broads are a very popular sailing centre, and provide excellent walks along miles of seaside trails and through several nature reserves.

Moving from the delights of nature to rich architectural heritage, Cambridge is first and foremost a university town - though the inhabitants have struggled to accept the large student population in their midst down the centuries. Cambridge University was founded by students and masters fleeing an outbreak of "town and gown" violence at Oxford University in the early medieval period.

But the colleges of Cambridge do not play second fiddle to those of Oxford! Most renown of the colleges are Trinity and King's, where the Chapel is one of the marvels of late Perpendicular architecture.

Near Cambridge is Ickworth House, an amazing Italianate structure topped by a massive rotunda, built for the 4th Earl of Bristol in 1795. It was to house the earl's art treasures, but they were seized by Napoleon and the Earl died (and his body was shipped home from Italy in a coffin labelled "antique sculpture"). 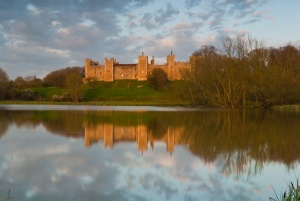 Blickling Hall is Jacobean stately home surrounded by a dry moat. The long gallery at Blickling is a reminder of the house's Tudor origins, and the gardens blend yew hedges, a parterre and topiary, large herbaceous beds, pools and fountains. At Framlingham, Suffolk, the remains of 12th century Framlingham Castle is surrounded by a perfectly preserved curtain wall with 13 towers.

Although Cambridge can be crowded with tourists on occasion, East Anglia as a whole is largely unaffected by the onslaught of tourism. There are still pockets of rural calm, such as Dedham Vale, the valley of the River Stour around Dedham and East Bergholt so beloved of native son John Constable. Many of the scenes that Constable painted can still be appreciated today. 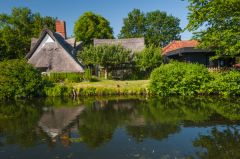 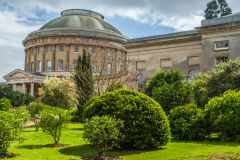 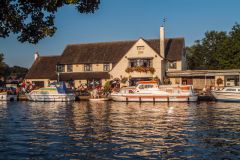 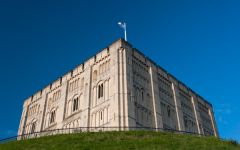 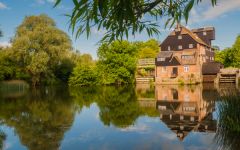 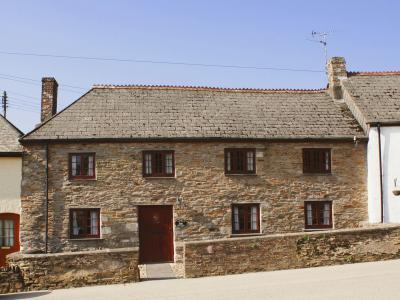 1 of 4 traditional stone barns set within 20 acres of farmland this property is a peaceful and idyllic base from which to explore this popular area. A short distance …
Sleeps 6