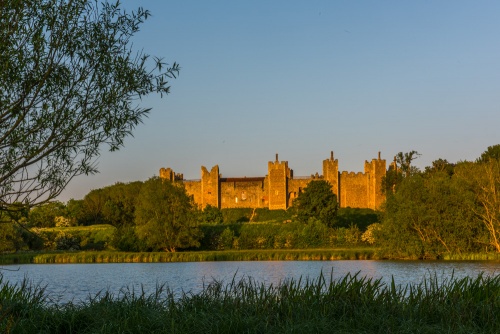 Framlingham Castle is an externally perfect moated 12th-century castle. The fortress consists of a curtain wall punctuated by 13 square towers. The curtain wall has remained in an exceptional state of preservation despite the castle's advanced age, and the renovations of later centuries, which saw Framlingham used as a school, a poorhouse, and a prison. 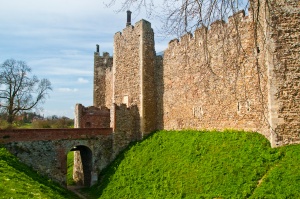 The site was probably used for fortifications as early as the 6th century, but of those early structures, nothing remains. Framlingham enters history more firmly at the turn of the 12th century when the estate was given by Henry I to Roger Bigod.

It seems likely that Bigod built a simple wooden motte and bailey castle at Framlingham, but it was left to his second son, Hugh, later the first Earl of Norfolk, to replace that structure with one of stone. That fortification was ordered dismantled by Henry II about 1175, but it was rebuilt by Hugh's son Roger, the Second Earl of Norfolk, about 1190. It is largely Roger's work that visitors can see today.

So strong were the towers built by Roger Bigod that a central keep was considered unnecessary for the defences of Framlingham. However, Framlingham had not been in existence long before it did indeed fall to besiegers. That occurred when Roger Bigod supported the baron's resistance to King John that resulted in the Magna Carta.

John was not the forgiving sort, and he besieged Framlingham in 1216. The castle garrison held out only two days before surrendering, however, King John did not have long to live, and Framlingham was restored to the Bigods following the king's death. 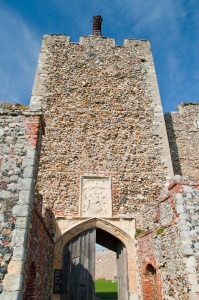 Framlingham Castle changed hands several times over the ensuing centuries until it finally came to the Howard family. Thomas Howard, Duke of Norfolk, added much of the Tudor brickwork in the late 15th century. Henry VIII seized Framlingham for the crown, and later, Edward VI gave it to his sister, the future Queen Mary. It was at Framlingham that Mary waited for news of Henry VIII's death.

The castle was restored to the Howards by Mary but was then seized by Elizabeth I after her ascension to the throne. Under Elizabeth, it was used as a prison for Catholic priests, but upon her death it was once more returned to the Howards. Finally, in 1635 Framlingham was sold to Sir Robert Hitcham.

Following Hitcham's death the castle was used as a poorhouse, and later, to house victims of the Plague. Over the intervening centuries, Framlingham has been used variously as a courthouse, drill hall, meeting hall, workhouse, and a fire station, before finally passing into the hands of English Heritage, whose work it has been to preserve the castle.

Though the interior of Framlingham offers little to recall its days of power, the exterior, including the curtain wall and towers, offer a very enjoyable day out. Visitors can walk along the top of the castle wall, which is protected by railings.

NB. Visitors can see the tombs of the Howard family, Dukes of Norfolk, at nearby St Michael Church. 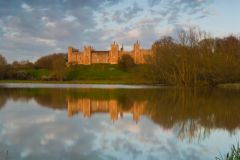 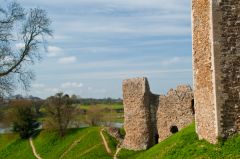 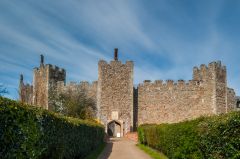 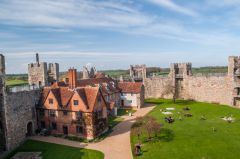 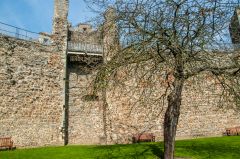 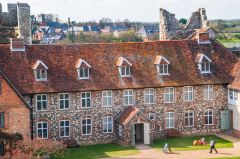 More self catering near Framlingham Castle