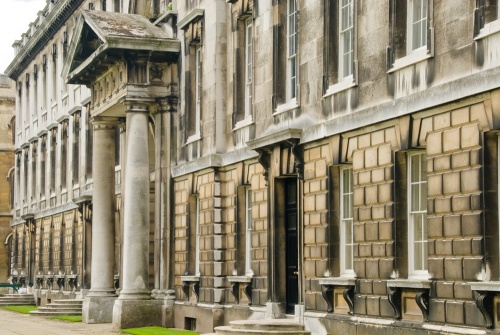 King's College was founded by Henry VI in 1441. He intended it to serve as the next step on the educational ladder for his new school at Eton, and for the next four centuries scholarships were limited to Old Etonians. Indeed, King's claimed the unusual privilege of allowing its students to graduate without taking examinations!

King's now occupies a lovely riverside location in the centre of Cambridge, but its first site was between the Chapel and Senate House Passage. No sooner had Henry established his college than he purchased new lands where the present Back Lawns and Front Court are now and began building on a much grander scale.

He planned a grand court composed of three residential ranges and a chapel, with a cloister and bell tower on the river side. The chapel was but the Wars of the Roses intervened and when Henry was deposed in 1461 it was only partly built.

Work proceeded sporadically until 1508 when Henry VII granted funds, but the work was not complete until 1544. For a full history and guide to the magnificent Chapel, click here. As for the residential ranges, only the east range was begun, and traces can sometimes be seen under the lawn. 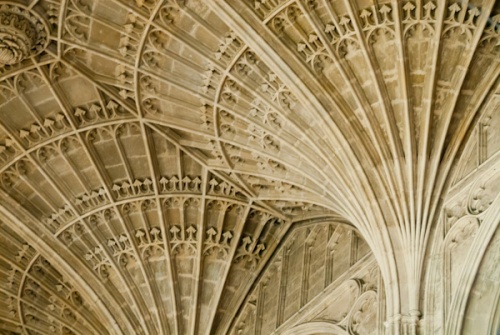 The Front Court was redesigned by James Gibbs in 1724, but once again grand plans for King's College were waylaid and only the west range, now called Gibbs' Building, was finished. The rest of the court was only completed in 1828, when William Wilkins added the Gothic Revival library, screen, Gatehouse, and Hall. The range along King's Lane was added by Sir George Gilbert Scott in 1873.

The Fellow's Garden is a pleasantly informal Victorian garden open as part of the National Gardens Scheme for one Sunday afternoon in mid-July.

CHAPEL
King's College Chapel is generally open to the public (for a fee) but is occasionally closed for recordings, broadcasts, concerts, or other special events.

More self catering near King's College