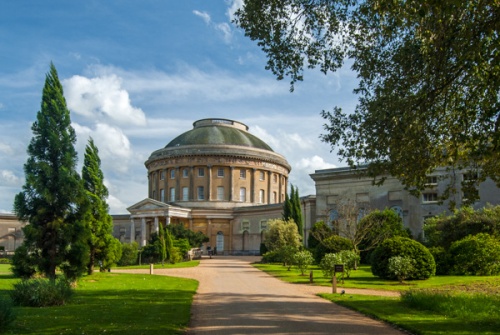 Ickworth House is an astonishing Italianate structure topped by a massive rotunda, begun for the eccentric 4th Earl of Bristol in 1795. The Earl could afford to build Ickworth, not because of his position as a peer of the realm, but because he held the position of Bishop of Derry, the richest see in Ireland at that time.

Whatever his qualities as a spiritual leader, the Earl Bishop was certainly a renown traveller, traversing Europe and amassing a quite remarkable collection of art and antiquities. Over 30 years of travel he amassed a huge collection of art, and he wanted to create a classic Italian setting to display his collection on his family estates in Suffolk. 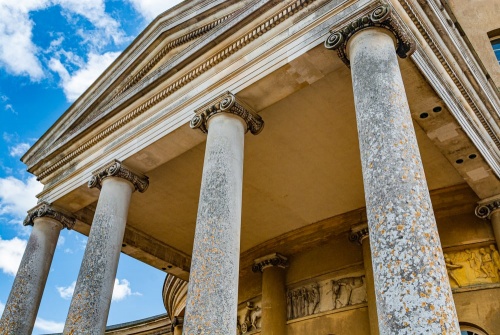 Designs were drawn up by an Italian architect named Mario Asprucci the Younger, then adapted to the English climate by Francis Sandys. The house was begun in 1795, but much of the Earl's collection was seized by Napoleon's troops in 1798.

The Earl spent the rest of his life trying unsuccessfully to gain the return of his art. In the meantime, work on Ickworth House continued. It was never intended to be a home, but a gallery to show off the Earl's art and fine furniture. 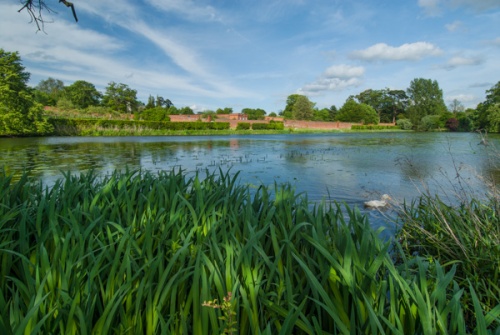 The centrepiece is a huge rotunda, a circular structure that would look more at home in Rome than in Suffolk. The rotunda is circular, with a grand entry hall graced by huge scagliola columns and a black marble fireplace. This leads to a staircase hall, flanked by a dining room and drawing room, and leading to a large semi-circular library at the rear of the rotunda.

On either side of the rotunda are long, curving corridors, leading to symmetrical wings. The rotunda was essentially complete when the Earl died in 1803, but the wings were only begun. The 5th Earl wisely decided to scale back his father's plans and created the East Wing as a residence for himself and his family, and the West Wing simply to complete the symmetry of the house. 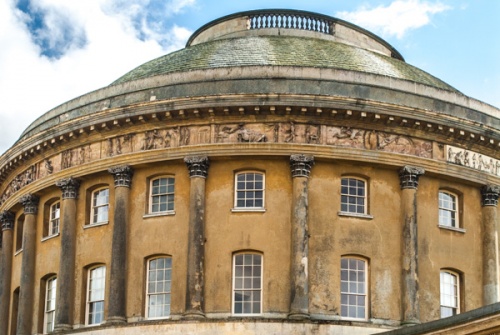 The Rotunda dome and frieze

The family lived full time in the East Wing, and the rotunda and West Wing were kept under cover, only being used for occasional entertaining.

That was the saving grace of Ickworth, for since the main state rooms in the rotunda and the guest bedrooms in the West Wing were hardly ever used, they have remained in excellent condition, a testament to the wealth - and eccentricity - of the man who created them. Even his own wife thought Ickworth a 'stupendous monument of folly'.

As for the Earl himself, his death was as eccentric as his life; he passed away in the outhouse of a peasant's hut in Italy, and his earthly remains were shipped back to England in a coffin labelled "antique sculpture".

The house interiors include paintings by Velazquez, Titian, Kauffman, Reynolds, and Gainsborough. In addition, a considerable collection of fine Georgian silver, Regency furniture, and porcelain are on display. 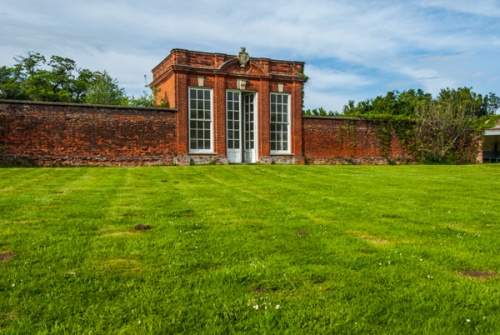 The summerhouse and walled garden

Ickworth boasts some superlative gardens, set in a parkland designed by Capability Brown. Set in the park are a summer house, vineyard, a canal, and lake, as well as a special enclosure for deer to wander. Visitors can enjoy a variety of marked paths through the park and woodlands surrounding Ickworth, and wander down the hill to the medieval church, standing like an island amid the open spaces of the park.

NB. The National Trust has leased the east wing of Ickworth House to a hotel group, who operate the four star luxury Ickworth Hotel. 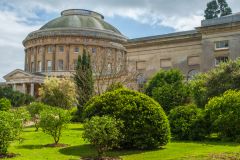 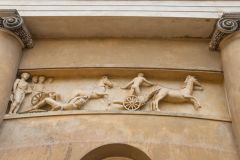 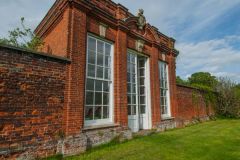 More self catering near Ickworth House