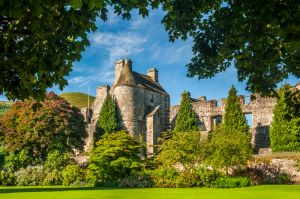 Falkland was the country retreat of the Stewart kings and queens of Scotland, located within easy reach of Edinburgh, yet far enough distant to provide a welcome escape. Here the royal court could indulge in hawking and hunting, plus more genteel recreations like archery. Falkland boasts the oldest real (or 'royal') tennis court in the world, built in 1539 for James V.

Falkland began as a hunting lodge owned by the Macduff Thanes of Fife as early as the 12th century. Evidence of a 14th century fortalice (a small fort or outwork) has been uncovered in the palace grounds. The fortalice and much of associated hunting lodge were destroyed by the English in 1337, but the tower was rebuilt. In 1371 Robert Stewart, Duke of Albany, took control of Falkland.

Albany was the most powerful man in the kingdom, a ruler in all but name. In 1402 he imprisoned his nephew and heir to the throne, the Duke of Rothesay, at Falkland. It was not a gilded cage, as rumour suggests that Albany had the Duke chained in a cellar and starved to death, though the official version is that he died after a mysterious - and rather convenient - illness. 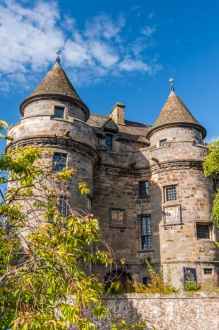 When Albany finally fell from power in 1424 Falkland was seized by the crown. James II converted the keep into a suite of comfortable apartments for his wife, Mary of Gueldres. James III expanded the complex of buildings, and was given to writing poetry on retreats to the palace.

James IV added a Great Hall to act as the centrepiece for entertaining and state occasions, but the present palatial grandeur of Falkland was down to James V, who called in masons from Europe to transform the earlier buildings into a Renaissance palace in the French style.

James must have had mixed feelings about Falkland, for as a young man he was imprisoned here by his chief aide, Archibald 6th Earl of Douglas. The young king managed a daring escape, dressed as a groom. It seems that the episode did not stop James from caring for the Palace; he lavished money on Falkland, adding the great twin-towered gatehouse that now serves as the main visitor entrance, and making it the rival of any great stately home in Europe. James died at Falkland, following his defeat against the English at the Battle of Solway Moss in 1542.

Mary, Queen of Scots used Falkland Palace as a retreat from the censorious gaze of Protestant Edinburgh. She came to hawk, hunt, ride, and play tennis.

When Mary's son James went south to take the English throne in 1603 Falkland became less important as a royal retreat. Charles I and II each visited, but only briefly. In 1654 Cromwell's soldiers burned the Great Hall and inflicted heavy damage to the rest of the palace buildings. It was left to the 3rd Marquis of Bute, Hereditary Keeper of the Palace, to restore Falkland in the late 19th century. He created apartments for himself in the south range, and his son rebuilt James V's chapel royal. 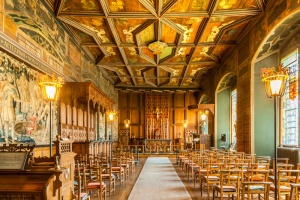 There are two parts to Falkland; a twin-towered gatehouse and the royal apartments. The massive gatehouse was built by James V, and now contains James VI's canopied bed and a drawing room where the ceiling is decorated with the coats of arms of the Stuart Kings. The gatehouse also displays tapestries and replicas of 16th and 17th-century furniture.

The King's bedchamber in the royal apartments has another painted ceiling and you can see the bed in which James V died. You can also visit the Chapel Royal, one of the finest surviving pre-Reformation chapels in Scotland.

The gardens behind the main buildings seem to extend forever, through lovely flower-lined walks and treed paths, to a fish pond and the royal tennis courts at the back of the property. The gardens are not original; they were laid out from 1947.

There is so much to see at Falkland; the sense of history is almost tangible. Unfortunately, interior photography was not allowed so I can't share images of the extremely impressive interiors. The village of Falkland itself is an amazing place, like going back in a time machine, with beautifully preserved historic buildings at every turn. It was named Scotland's very first conservation area in 1970. 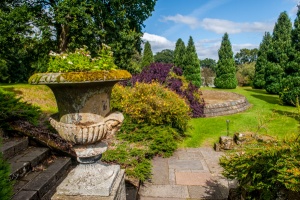 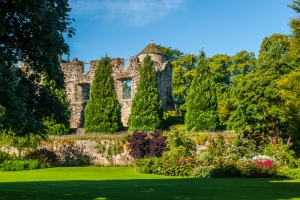 The castle walls from the garden 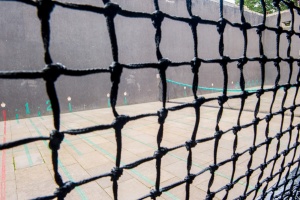 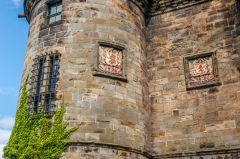 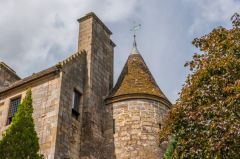 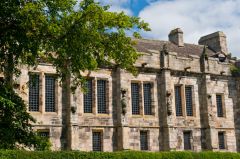 More self catering near Falkland Palace >> 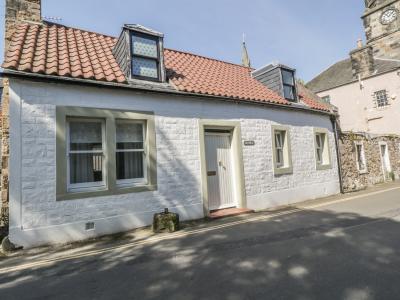 A detached cottage located in the village of Falkland. It can sleep up to two people in one bedroom.
Sleeps 2