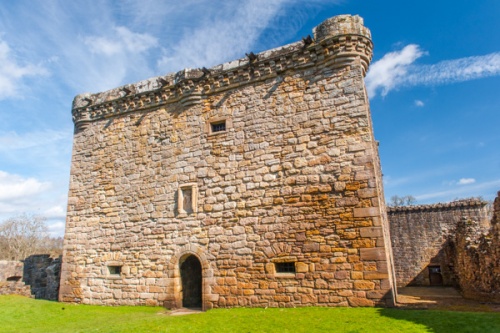 Craignethan Castle is an early 16th-century castle associated with the novels of Sir Walter Scott. It is based around a tower house built by Sir James Hamilton of Finnart (see Cadzow Castle). Craignethan is notable as one of the finest examples of early artillery defences, including a caponier, or stone vaulted artillery chamber.

Only one other caponier exists in Scotland, at Blackness, which may also have been built by Hamilton. Craignethan is an extraordinary fortress, perhaps the last great private military fortress to be built in Scotland.

Sir James Hamilton was the illegitimate son of the 1st Earl of Arran. When the Earl died in 1529, James, as the eldest son, became the head of the family, though he could not inherit the title due to his illegitimate birth.

At that time the Hamiltons were second only to the royal Stewart dynasty in influence. Hamilton was an intimate of James V and rose to become the king's Master of Works. Lord Finnart entertained his royal friend at Craignethan in 1536, in honour of his daughter's marriage.

Aside from his political influence, Lord Finnart had a passionate interest in architecture as a result of extensive travels abroad. In his post as Master of Works, he oversaw rebuilding at Linlithgow Palace, Stirling Castle, and other places. His finest architectural accomplishment, however, was here at Craignethan, where he created a fortified residence that was well in advance of its time. 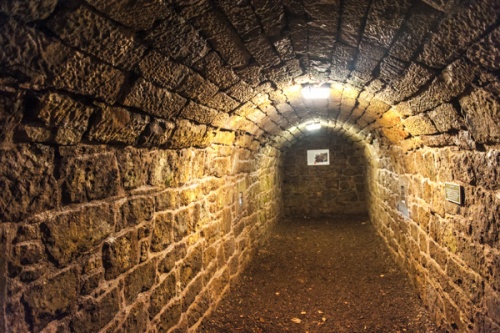 He did not have long to enjoy his fortress, however, for Lord Finnart fell from royal favour and was executed in 1540. His half-brother, the 2nd Earl of Arran, became lord of Craignethan. The Hamilton family were staunch supporters of Mary, Queen of Scots, and the unfortunate queen took shelter at Craignethan before the battle of Langside in 1568. In 1579 the castle was besieged and the Hamiltons fled into exile. The castle was slighted so that it could not be used as a military fortress again.

But the ruined castle does not disappear from the pages of history just yet. When Sir Walter Scott published his novel Old Mortality in 1816, it was widely believed that he had modelled his fictional Tillietudlem Castle after Craignethan.

Scott flatly and persistently denied the association, but the public imagination was not so easily to be dissuaded, and the ruinous castle became firmly associated with Scott and his mythical character, Lady Margaret Bellenden. A nearby railway station was even named Tillietudlem Station, after the fictional fortress. It is rumoured that Scott himself considered restoring Craignethan as a home, but eventually decided against it.

Today the castle slumbers on as an extraordinary reminder of a bygone age. If you fancy a bit of exercise after visiting Craignethan, a nature trail leads from the castle into the steep-sided glen of Nethan Water.

At this writing, the castle is open daily from spring to autumn, and on weekends in winter, but please check the Historic Scotland website for current opening details. 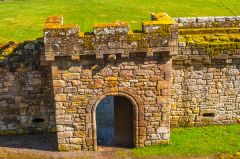 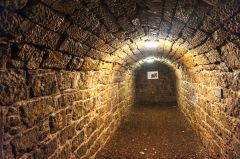 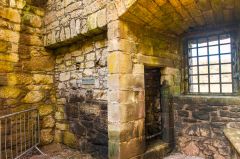 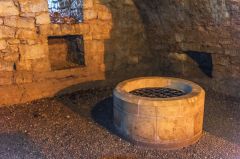 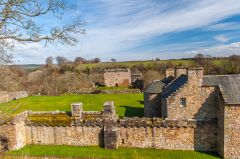 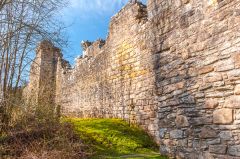 Nearby accommodation is calculated 'as the crow flies' from Craignethan Castle. 'Nearest' may involve a long drive up and down glens or, if you are near the coast, may include a ferry ride! Please check the property map to make sure the location is right for you.

More self catering near Craignethan Castle >>