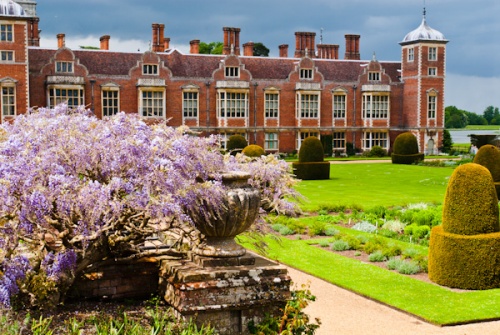 A dry moat, a remnant of an earlier Tudor house, surrounds this Jacobean masterpiece of a stately home. The house at Blickling has been described as one of the most romantic in England, and for good reason.

Blickling was designed by architect Robert Lyminge, who also worked on Hatfield House, for Sir Henry Hobart, a fashionable lawyer. Lyminge also designed a formal garden, which was swept away by a new landscape garden in the late 18th century.

In the meantime, The Wilderness had been added. The Wilderness hides within its delightful borders a secret garden, and verges on a walk to a small temple built in 1738. There is also an orangery built by Samuel Wyatt in 1782 located on the south side of the Wilderness. 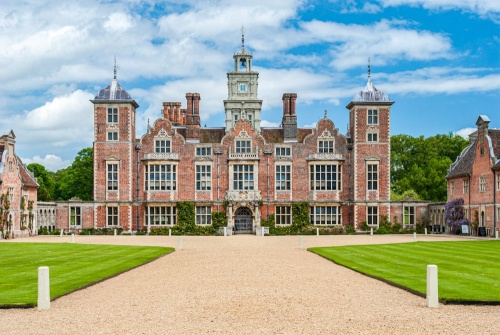 In the 1860s a wonderful flower parterre was added on the east side of the house. The parterre is dotted with yew topiary; particularly noticeable are the yew shaped as giant acorns and grand pianos!

Large flower beds are planted with herbaceous plants graded to be higher towards the centre of the bed, thus forming a smooth mound of flowering plants.

The beds closest to the house are planted with cool colours (pink, blue, and white) and those furthest away from the house are warm. In the centre is a pool with a fountain that was brought from nearby Oxnead Hall.

A path leads from the parterre to the temple. There are numerous allegorical monuments and classical ornaments scattered throughout Blickling. there is a Gothic Tower (1773), a pyramidal mausoleum (1796), and a statue of Hercules in the Orangery.

A highlight of a visit to Blickling is the approach by car - the yew hedges form a striking avenue leading straight up to the doors of the Hall.

When you take young children to a historic house you might be expecting some resistance. Not so at Blickling. This was the only stately home we ever visited where our children begged to come back. Indeed, they begged so hard that we gave in and returned the next day. We had a wonderful time; our youngest, aged 6 at the time, loved the activity pack provided by the National Trust. 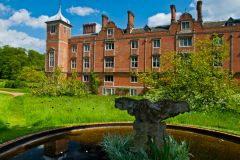 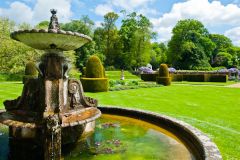 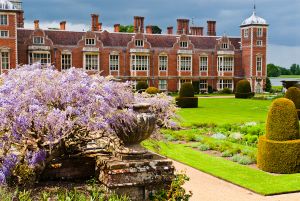 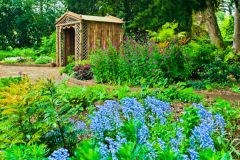 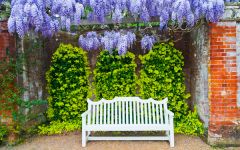 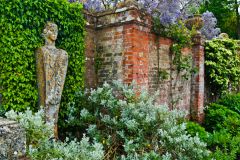 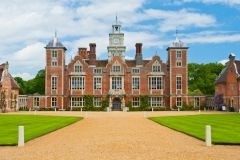 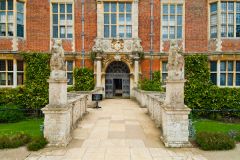 More self catering near Blickling Hall >>