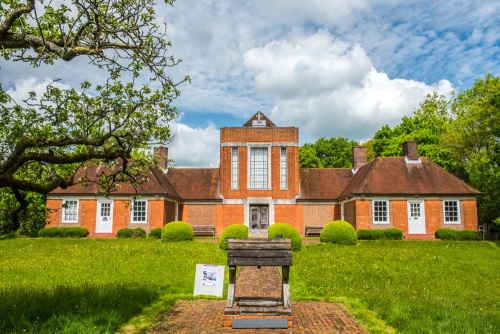 Sandham Memorial Chapel is a very unusual painted chapel dating to the 1920s. Sandham is profusely decorated with wall paintings by artist Stanley Spencer, who was inspired by his experiences in WWI. The Chapel is set in wide lawns with views over Watership Down.

Sir Stanley Spencer R.A. was born in Cookham in 1891, the son of a music teacher. He trained at Maidenhead Technical Institute and the prestigious Slade School of Fine Art in London. He won several art prizes and his work was exhibited at the Second Post-Impressionist Exhibition in 1912. When WWI broke out Stanley enlisted in the Royal Army Medical Corps. In 1916 he was posted to Macedonia (now part of modern Greece), where he served as a medical orderly in the Salonika campaign.

Spencer's experiences in Macedonia affected him profoundly. After the war ended he found an expression for his experiences when Mr and Mrs JL Behrend of Burghclere commissioned him to paint the interior of a chapel they were building as a memorial to Mrs Behrend's brother, Lieutenant Harry Willoughby Sandham. Lieutenant Sandham served in the Macedonian campaign in WWI and contracted an illness which led to his death in 1920.

Spencer's murals commemorate 'the forgotten dead' of World War One; soldiers who are not remembered officially on any other memorials. The chapel murals took 6 years to complete and are astonishingly detailed, prompting one visitor to remark that they are 'Britain's answer to the Sistine Chapel'. 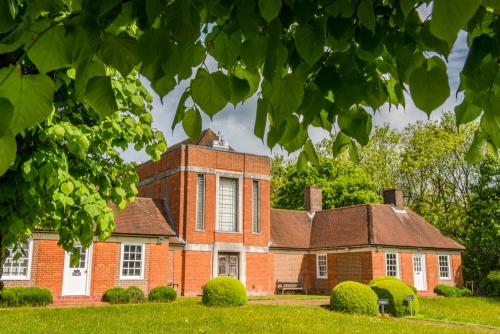 The Chapel from the orchard

There are 19 paintings in all, depicting scenes from the everyday life of soldiers at war, leading up to their deaths and ultimate resurrection. They offer a fascinating and touching glimpse into the lives of the soldiers, but are also a very moving example of faith, aside from their value as one of the best examples of English 20th century art on a grand scale.

The chapel is set in a combination wildflower meadow and orchard, with paths leading to Burghclere village. Spencer loved the village and used it as inspiration for many parts of his paintings. You can see more of his art at the Stanley Spencer Gallery in Cookham, near Maidenhead.

The chapel is used for services 3-4 times per year, including a poignant Remembrance Day annual service. 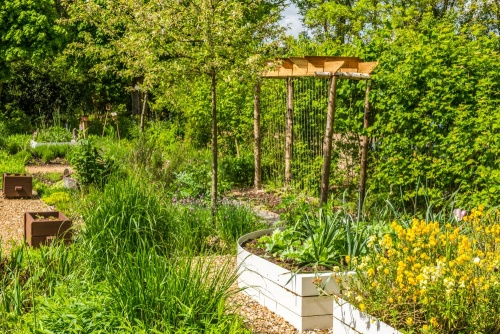 NOTE
We would have loved to share photos of the amazing murals that decorate the Chapel interior, but unfortunately, due to copyright reasons, the National Trust does not permit photography inside the Chapel. That's a real shame, as the murals are truly stunning and awe-inspiring. One thing we were allowed to photograph was a small and very touching exhibition prepared by war veterans, expressing their own experiences in the same way that Spencer did on such a large scale.

The Chapel is very well signposted off the A34. You take the same exit as for Highclere Castle, and brown tourist signs direct you to Sandham, where the Chapel is just a very short distance off the main road. There is a small visitor parking area just opposite the Chapel. Do be careful crossing the road. 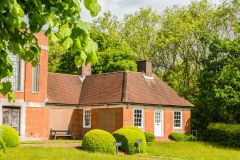 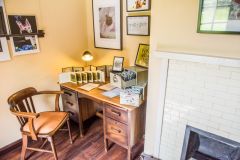 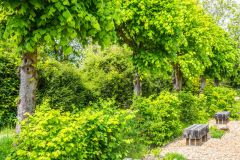 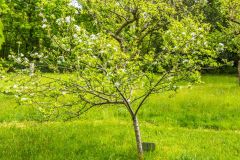