HERITAGE HIGHLIGHTS:   Tombs to the Dolman family of Shaw House and to the 3rd Duchess of Chandos 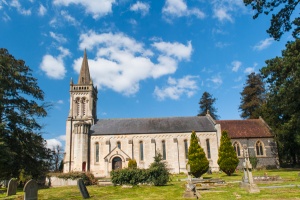 The striking Grade II listed Norman Revival church of St Mary's stands at the end of a quiet cul de sac on the north shore of the River Lambourn, opposite the Berkshire market town of Newbury. Immediately beside the church is the exquisite Elizabethan mansion of Shaw House, built by the Dolman family in 1581.

Memorials to generations of Dolmans lie both inside and outside the church, along with memorials to subsequent owners of Shaw House including the Andrews family. The 3rd Duchess of Chandos is also buried here.

St Mary's was built in 1840 after Joseph Hansom, the vicar, had been on a holiday to the Isle of Wight, where he was inspired by a neo-Norman church. when he returned to Shaw he tore down the existing church, which may have stood since the late Saxon period, and erected the striking building we see today. 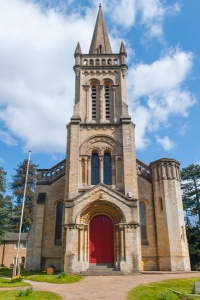 Although the church is nominally influenced by Norman style, it certainly has an Italianate influence as well.

The nave is in 12th-century style, while the chancel was built in 13th-century style by architect William Butterfield in 1878. The material is a mix of flint and ashlar dressed with stone, beneath a slate roof.

An account of the old church on the site mentions a rounded Saxon tower at the west end. This was destroyed by gunpowder to make way for the new church, and no trace can be found today.

Though the building is Victorian, some interesting features of the older church have been retained, including a 13th-century font with a rounded bowl.

The church is often open daylight hours, and if it is not then a key can be obtained from the modern church offices tucked away behind the main building.

I wouldn't call St Mary's a compelling church, but it certainly is attractive, and the location is wonderful. 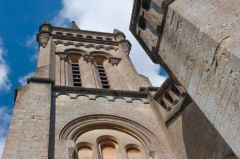