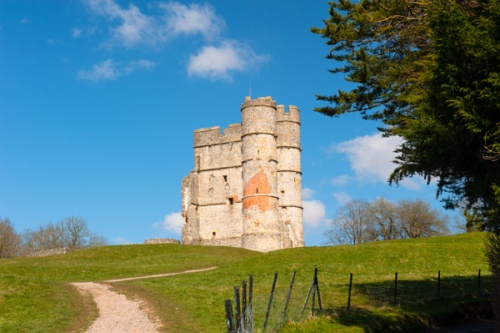 The imposing 14th-century gatehouse of Donnington Castle stands on the crest of a high hill overlooking the Lambourn Valley, across the river from the market town of Newbury. The castle was built in 1386 by Sir Richard Abberbury to control a major road junction and river crossing. 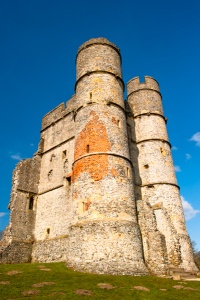 The Abberburys had held the manor of Donnington from 1287. Sir Richard was a veteran of the Hundred Years War and fought with Edward, The Black Prince, at the important battles of Crecy (1346) and Poitiers (1356). In 1386 he received a license to crenellate from Edward's son, Richard II.

Abberbury's castle was fairly typical for the time, and was composed of a rectangle with high curtain wall enclosing the hilltop site, with four rounded corner towers, two square towers in the centre of the longest walls, and a gatehouse flanked by tall, rounded towers.

With the curtain wall was a courtyard with secondary buildings set against the inside of the wall. These courtyard buildings were likely built of timber and consisted of a hall, kitchen, and guest quarters. Because they were built of timber very little evidence of these buildings remains inside the wall.

The most famous owner of Donnington was Thomas Chaucer, son of the poet Geoffrey Chaucer, who held the castle in the early 15th century. Ownership later passed to the crown, and several monarchs are known to have stayed here, including Henry VIII (1539) and his daughter Elizabeth I (1568). 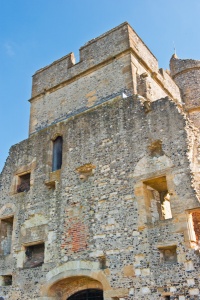 The courtyard side of
the gatehouse

In 1643, at the height of the Civil War, Donnington was held for Parliament by John Packer. Charles I sent Sir John Boys with 200 soldiers and 25 horsemen to capture the castle. Boys was successful, and set about strengthening the defences to withstand a siege. He raised a star-shaped earthwork at the base of the castle hill, with gun emplacements on the points of the star.

The castle was attacked and relieved several times over the period 1644 to 1646, twice by the king himself. It was only when the collapse of the royalist cause was inevitable that Boys finally surrendered to Parliament. Even then he only surrendered after receiving permission directly from Charles I to lower his flag.

Parliament wanted to ensure that the castle could never again be held against them, so Donnington was slighted, leaving only the substantial gatehouse with its flanking towers. Then they restored the castle to Sir John Packer, who must have wondered what he was going to do with the ruins. He certainly did not restore them, and nor did any subsequent owner. The castle passed into state guardianship in 1946 and is now cared for by English Heritage.

Almost the only substantial part of the castle remaining is the gatehouse, flanked by conical towers that rise above the level of the gatehouse passage. The towers are decorated with wonderful grotesque carvings of grimacing heads along the string course. A large area of red brick shows where the towers were damaged by cannon fire during the Civil War sieges.

The interior of the gatehouse passage is blocked by iron grills, but you can peer through the grills and see the beautiful vaulted ceiling. The rear of the gatehouse, which would have faced into the courtyard) shows doorway arches and remains of a fireplace.

Quarters for Sir Richard Abberbury would have been located in this section of the castle rather than in one of the timber buildings within the courtyard. Perhaps the first-floor fireplace we can see set into the wall once graced his private rooms.

Though the curtain wall and mural towers were destroyed by Parliament after the Civil War, the curtain and tower foundations have been rebuilt to 2 feet high, so you can easily get a very clear idea of the layout of the site. Looking down from the curtain wall towards the River Lambourn in the valley below you can clearly see the extensive earthwork defences erected by Sir John Boys during the Civil War.

There are no facilities on the site, but the castle is definitely worth a visit. The gatehouse is extremely impressive, and the views towards Newbury and the Lambourn are wonderful. There is a small parking area at the base of the hill and an uneven walk of several hundred yards uphill to the castle site.

The location is well signposted from all major roads to the north of Newbury. The best approach is off the B4494. The site is open at any time but the car park is open from 7 am - 7 pm. 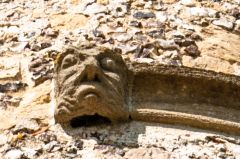 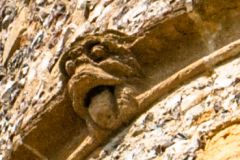 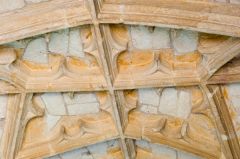 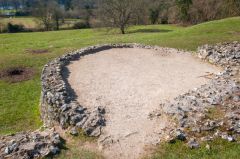 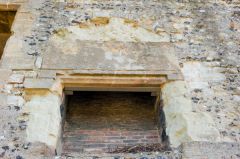 More self catering near Donnington Castle