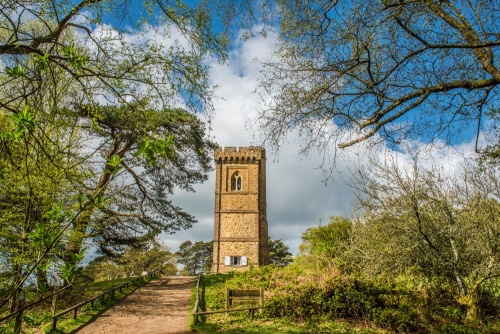 Leith Hill is the highest hill in the south of England. The hill is topped by a striking 18th-century Gothic tower, offering superb views from the top. Nearby is a Palladian house built in 1760 that was the childhood home of Ralph Vaughan Williams.

The iconic building on Leith Hill is the Gothic Tower built in 1765 by Richard Hull, who called it Prospect House. The name is apt, for the top of the tower is the highest point in southern England at 1029 feet and offers a spectacular 'prospect' or views over the surrounding countryside.

That prospect includes 14 counties, and on a clear day, you can see the Clock Tower of the Palace of Westminster in London. The National Trust information actually says that you can see the clock face of Big Ben, but since Big Ben is the hour bell, not the clock tower, I'll stick to a more accurate description! 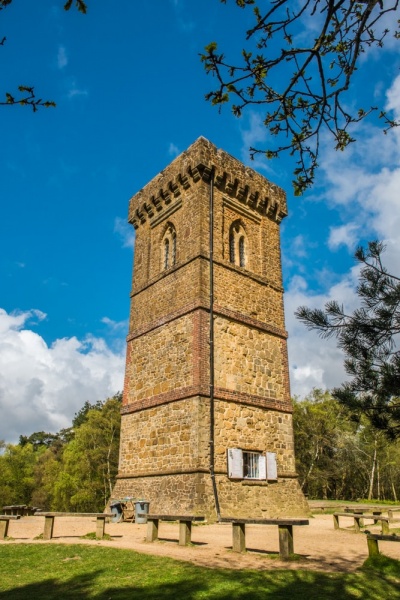 Hull's design was modelled on a traditional Wealden tower of around the year 1300. Its style is similar to the tower at Sissinghurst Castle in Kent, also in the care of the National Trust. But why build it? It seems that Hull was a typically eccentric Georgian gentleman and wanted to increase the height of Leith Hill to over 1000 feet.

Right from the start Hull intended to make the tower and the surrounding park a place for the public to enjoy the countryside. He would have been gratified to discover that during the Victorian period Leith Hill became a popular picnic spot. Hull loved his creation and is buried beneath the tower.

The tower has had a chequered history; in 1800 the interior was filled up with rubble and cemented to form a solid block. In 1864 a neighbouring landowner named WJ Evelyn added a turreted stairwell to give access to the tower roof. In 1923 the Tower and surrounding grounds were granted to the National Trust. The Trust took over 60 years to dig out the tower interior and restore the rooms on each level and a servery at the ground level that now acts as a cafe.

The tower is open daily and there are 74 steps to the top, where a telescope helps visitors spot distant London landmarks. Inside the tower is an exhibit covering the history of the structure and the people who lived and worked here. 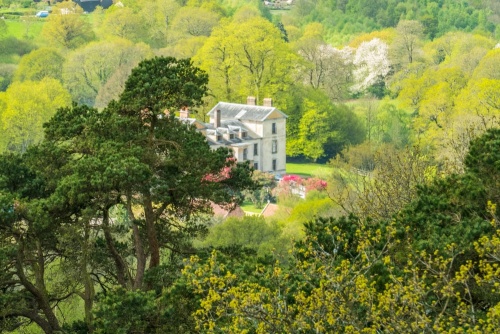 Leith Hill Place from the Tower

This lovely historic house was built around 1600 and later rebuilt in Palladian style by Richard Hull in 1760. Once owned by the wealthy Wedgwood family, Leith Hill place was the childhood home of composer Ralph Vaughan Williams. Williams gave the house to the National Trust in 1944.

Wiliams' connection to the house goes back to 1847 when Josiah Wedgwood III, descendent of the famous potter, moved here with his wife Caroline.

Caroline Wedgwood was the elder sister of naturalist Charles Darwin, who was thus Vaughan Williams' great uncle. The famous naturalist came to Leith Hill several times and used the grounds for some of his experiments.

Caroline Wedgwood also laid out the Rhododendron Wood, planting 2 fields of woodland with azaleas and rhododendron, many of which were brought from the Himalayas, China and Thailand by plant hunters. The wood formed the main carriage drive to the house and must have been an extraordinary sight for visitors arriving by carriage at the height of the season. Other notable trees in and around the wood include a Wellingtonia, or Giant Redwood, and a 250-year-old Tulip Tree considered the third tallest in Britain.

From the 1960s the Trust rented the house to a boarding school, but it has now been restored and is open to the public. There is a free timed tour available, focusing on the music and life of Ralph Vaughan Williams and his relationship with Leith Hill.

There are self-guided nature trails through the woodlands on Leith Hill, which offer colourful rhododendron displays from May to June. Rare varieties of birds and woodland wildlife can be found. 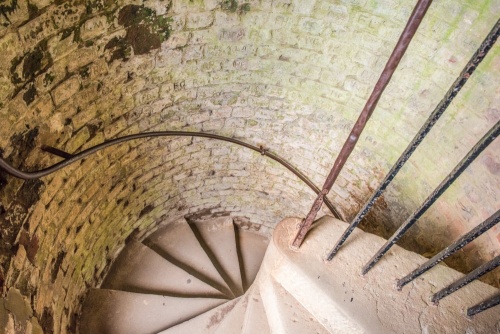 The spiral stair inside the Tower

Leith Hill is very well signposted from surrounding roads. Just follow the brown tourist signs, which take you directly past Leith Hill House. If the house is open you can park there, but if not, I suggest you carry on up the hill to the Rhododendron Wood car park, which is the closest parking area to Leith Hill Tower.

From the car park simply follow the signposted trail as it climbs up the slope, through very attractive woodland, to the Tower. There are picnic tables and refreshments at the cafe during daylight hours. I highly recommend paying the small fee (free for National Trust members) to climb the tower.

The exhibits on the Tower's history are very good, and the views from atop the Tower are wonderful. It was hazy when we visited,so we couldn't test the National Trust's claim that you can see Big Ben, but we did get wonderful views over the surrounding woodlands and fields, and could catch glimpses of Leith Hill Place, half hidden amidst the foliage below.

Leith Hill is the sort of place you want to come back to again and again, if simply to enjoy a walk on one of the signposted trails, or to experience the wonderful views. 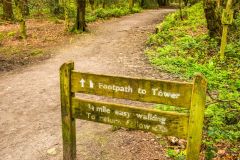 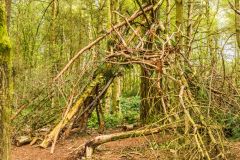 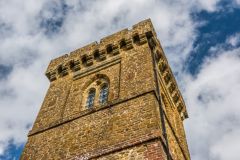 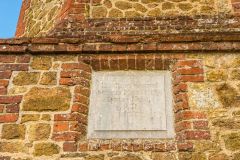 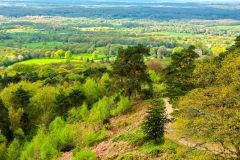 More self catering near Leith Hill Tower and Place >>

More bed and breakfasts near Leith Hill Tower and Place >>