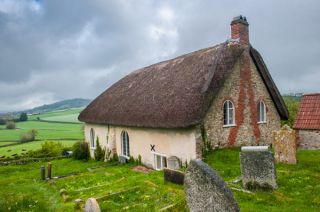 Loughwood Meeting House is a simple 1653 building dug into the hillside by the Baptist congregation of nearby Kilmington village, with a later 18th-century interior. The location is one of a rural idyll; with fields stretching away from the meeting house door.

Loughwood is one of the oldest Baptist churches in Britain, established at a time when Non-Conformity was dangerous, and religious diversity could bring prosecution for treason. The site was remote, set in woodland, and only accessed by narrow footpaths.

The secrecy of the site was enhanced by the fact that Dalwood parish, where it was located, was an 'island' of Dorset in the midst of Devon. As time went on and religious attitudes became more tolerant, Loughwood became a mother church for new churches in the area.

The church was built on land given by Protestant Huguenots, who had fled religious persecution in their own country. A Huguenot by the name of Jean de Phippen probably donated the land.

Though the first meeting house was established in 1653, the building we see today is mostly late 17th or early 18th century, with walls of stone rubble supported by buttresses, beneath an attractive thatched roof. The interior is mostly 18th and 19th century, with a musician's gallery at the west end, box pews, a simple wooden pulpit, and a baptismal pool rather than a font as you might find in an Anglican church.

The interior has a wonderfully pleasing simplicity, and the wooden box pews create a very peaceful atmosphere. There is only one memorial inside the meeting house, though the graveyard outside is full of memorial stones.

There are two small chambers under a west gallery, and you can climb the steep stairs to the gallery for a good view down the body of the church to the pulpit. Unlike most traditional Anglican churches, the pulpit is centrally located at the east end, so there can be no doubt that the focal point of the service was the sermon, and all eyes would have been directed towards the speaker in the pulpit.

What I will remember most vividly is the location, on the slope of a hill, with fantastic views out over the countryside beneath. That said, the sound of traffic on the A35 was a constant distraction, so all is not peace and quiet at Loughwood! It is fascinating, though, to see how dissenters worshipped at a time when dissent was dangerous. One can only imagine how they must have felt, gathering for services and hoping no one betrayed their presence to the authorities. 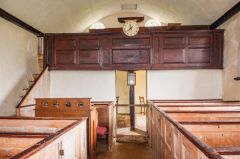 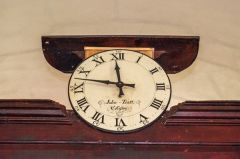 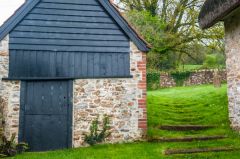 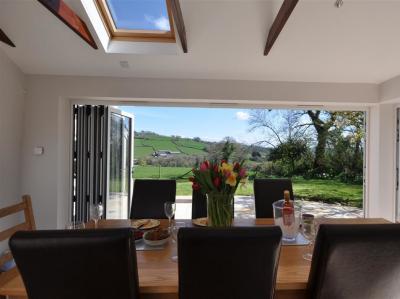 A large detached house in beautiful grounds in the rural village of Dalwood in East Devon. The property can sleep eight people in four bedrooms.
Sleeps 8