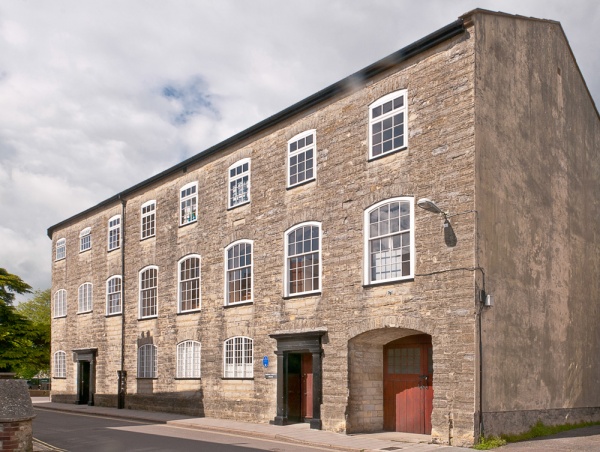 The Axminster Heritage Centre tells the fascinating story of this historic Devon town from its roots in the prehistoric period to its growth as a major crossroads on the Roman Fosse Way. Follow the story as Axminster grew into a busy market town after it was granted a market charter in 1210, and its development as an important brush making centre, notably for toothbrushes.

Axminster’s world-famous quality carpet-making business was established by Thomas Whitty and ran from 1755 to 1835. See displays of spinning, dyeing, weaving, commemorating the important role that wool has played in the town's history. The most important displays are an original 18th-century loom and a beautiful 1769 Whitty carpet, televised in Michael Portillo's 'Great British Railway Journeys'. 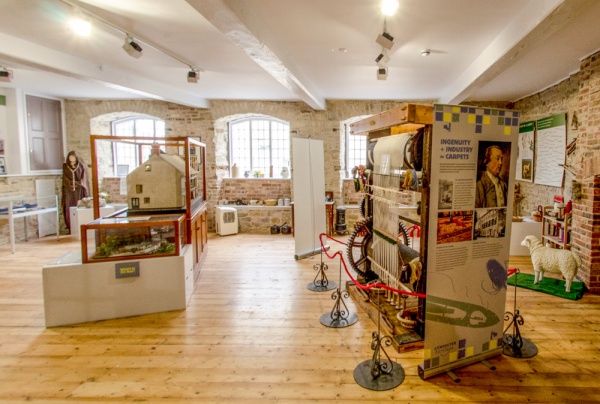 18th-century loom in the Heritage Centre

Thomas Whitty was born in 1716, and set up a cloth-weaving business in 1737. On a business trip to London he saw some imported Turkish carpets and marvelled at the colourful fabric and the fact that they appeared seamless. He invented a cheap method of making similar carpets, employing young girls, whose nimble fingers could make the knots more quickly than the fully grown men employed by his competitors.

His first workforce was his own young children, who made the first experimental Axminster carpet in 1755. The first production carpet was purchased by the Countess of Shaftesbury. In 1757 Whitty's carpets won several awards for quality, but what really set them apart was the low cost. The fame of Axminster carpets was assured when King George III and his family visited the factory in 1789 and promptly ordered some carpets.

Axminster carpets adorned some of the finest stately homes in Britain. In 1828 a fire destroyed the carpet factory. Though the factory was rebuilt, the end was in sight, and the business went bankrupt in 1835, with all assets sold to the Wilton Carpet company. 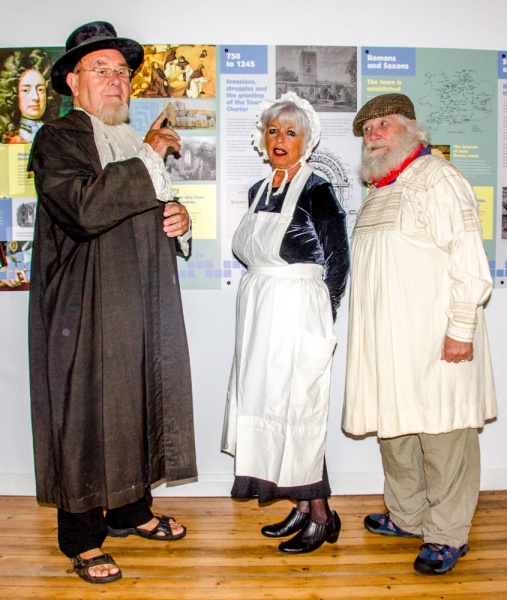 See new displays each year relating to different community interests which complement the permanent exhibitions. Fittingly all this is housed in the old carpet factory that Thomas Whitty built for his family business and which subsequently served the town as a court-house and a hospital.

The museum stands opposite the Minster church in the heart of Axminster. It is open seasonally and is free to enjoy. As of this writing, opening times are from Easter Monday through the end of October, Monday through Saturday. Please check with the official website for current times before planning a visit.

Our thanks to the Axminster Heritage Centre for the photos accompanying this article.

Self Catering near Axminster