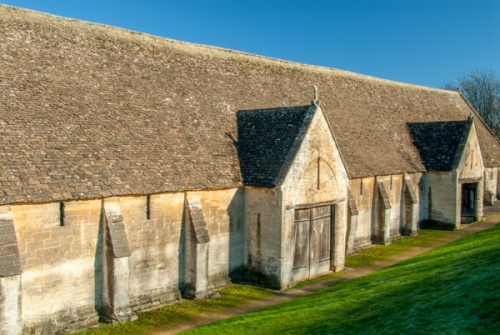 One of the best surviving examples of a monastic tithe barn in England, located in a peaceful setting beside the River Avon on the outskirts of Bradford-on-Avon. A lovely walk leads along the river between the town and the barn.

The barn was built in the 14th century by Shaftesbury Abbey, and it formed part of a complex of farm buildings run by the abbey, so if you want to be pedantic you could say that it is not actually a tithe barn at all, but part of a monastic grange. Most of these grange buildings were arranged around a rectangular courtyard, with the barn on one side of the yard.

Most of the other buildings are gone now, but the barn still stands as it has done since the very early 14th century. Produce from farms owned by the abbey was brought to the barn across the nearby packhorse bridge. They were then either used by the nuns of Shaftesbury themselves or, just as often, sold for profit. 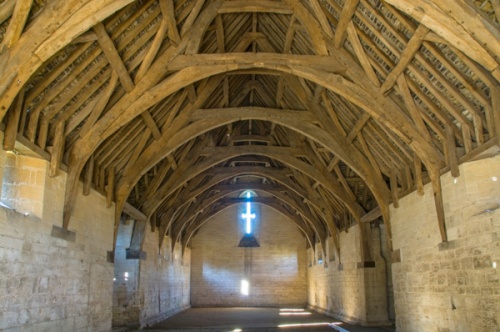 The Abbey was dissolved by Henry VIII in 1539, and the grange was converted to a private farm. The barn continued its original purpose as a storage area for produce until 1974.

The most impressive feature of the barn is the cruck roof, crafted of thick timbers bent to support the heavy slate tiles. How heavy? It is estimated that the roof weighs 100 tons, so the cruck frame had to be incredibly strong to survive for so many centuries.

The barn is 168 feet long and 33 feet wide (roughly 51m x 10m), divided internally into 14 bays. There are a pair of large stone porches on the north wall, with two smaller ones on the south wall. 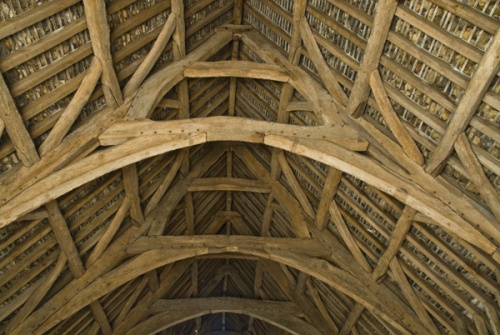 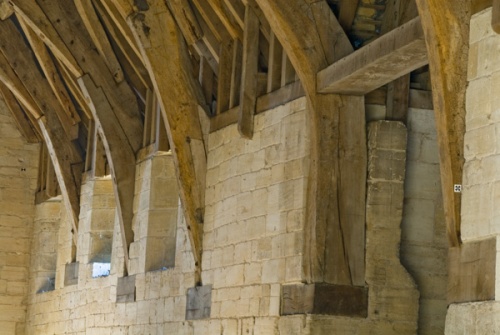 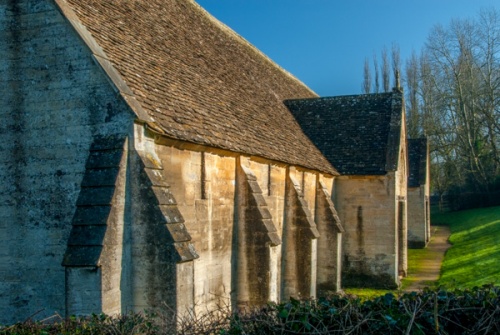 The area between the porches was used for threshing, and the breeze through the porch doorways would help to separate out chaff and dust and carry them outside through the openings. If you examine the stones that make up the walls you can see medieval masons' marks. Masons were generally paid piecemeal; that is, by how many stones they finished, so each man made his unique mark to keep track of how much he should be paid.

There is free entry, but the onsite parking requires a fee (or simply walk from the town along a signposted route). I can highly recommend the riverside walking route, which takes you directly past the medieval chapel of St Mary Tory. The Kennet and Avon canal runs immediately behind the barn, so you could actually visit the barn and chapel by narrowboat! 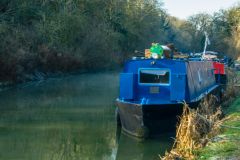