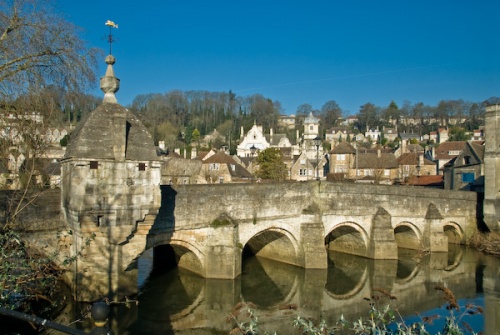 The town of Bradford-on-Avon lies just 7 miles from Bath. Perhaps it is for that reason that most visitors to this area pass Bradford by on their way to experience its more famous and larger neighbour. That's a pity, for Bradford is, without doubt, one of the prettiest towns in the south west. Much of its appeal lies in its setting on a bend of the River Avon, which flows peacefully beneath not one, but two historic bridges.

The most famous of the bridges, and certainly the most often photographed, is the old Town Bridge, which takes traffic from Market Street to St Margarets Street on the south bank. The bridge was erected in the 13th century, and two of its arches survive from that time. In the 17th century, the bridge was widened, and at that time the distinctive lock-up was added onto the side of the bridge. Though very small, the lock-up held two cells with iron cots. 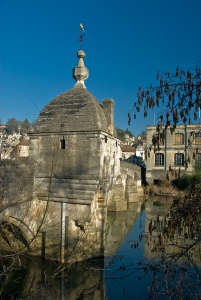 Bradford-on-Avon is blessed with a quite remarkable collection of surviving historic buildings. The most notable of these is the old Saxon church dedicated to St Laurence. The tiny church stands on the north side of Church Lane, across from its more modern successor, Holy Trinity, which itself dates largely from the 15th century. The intriguing history of St Laurence is part of its appeal; for centuries the tiny church was lost to view, as it was used as a domestic building.

It took a Victorian vicar to recognize the building for what it was and rescue it from its disguise. For a small building, the height of St Laurence is quite wonderful. You can easily see the marks made by Saxon chisels in the simple stone and the holes where roof timbers were inserted in the walls. The church is thought to have been built around the year 700, though stylistically it has much in common with 10th and 11th-century structures.

Just a short distance away is the 15th-century church hall of Holy Trinity, and a few yards beyond that is the Shambles, an old shopping street that still retains its medieval layout. A short walk up from the riverside brings you to St Mary Tory, a tiny chapel built around 1480 for pilgrims on their way to Glastonbury. 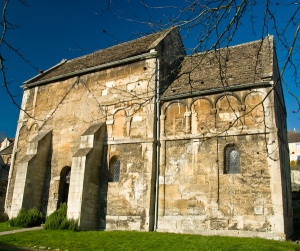 There is a lovely riverside walk along the south shore of the Avon to Barton Country Park, only 500 yards from the town centre. Here you will find a beautifully preserved 14th-century packhorse bridge, and up higher above the river is Barton Grange, a medieval group of farm buildings, among which is a 14th-century tithe barn which must rank among the most impressive of its kind in England.

The barn is 168 feet long and 33 feet across, and the roof tiles weigh over 100 tons. It was built to hold grain for the monks of Shaftesbury Abbey. Just a few yards up the hill from the tithe barn runs the Kennet and Avon Canal, where narrowboats putter along at a genteel speed.

Many of the older buildings in Bradford have been noted with the addition of plaques which tell about the history of the building; indeed it is one of the more enjoyable parts of walking around the older sections of the town to come across an unexpected historic plaque. It is well worth taking the time to explore Brafon-on-Avon, and I highly recommend it to visitors.

Nearby attractions include Bowood House, Castle Combe, and of course, Bath. 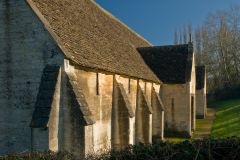 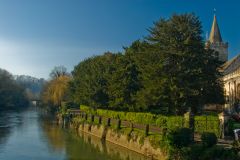 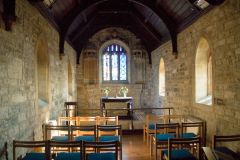 More self catering near Bradford-on-Avon

More bed and breakfasts near Bradford-on-Avon