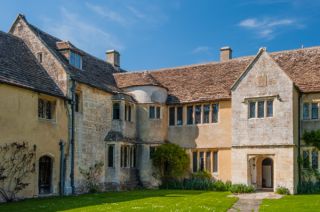 Also on display are collections of tapestries and needlework covering the 17th and 18th centuries, and historic stringed musical instruments. Most of the collections were brought together by the last owner, Edgar Lister, who purchased Westwood Manor in 1911 and set about a programme of restoration. Lister was a member of the Society of Antiquaries and had a long career in the diplomatic service.

Over a period of years, he filled Westwood with panelling rescued from houses being demolished, installed oriental carpets, and purchased Tudor and Jacobean furniture to recreate the authentic feel of a Tudor manor. Among the oldest objects is a late 16th-century Flemish tapestry depicting Mars, Cupid, and Venus, and the oldest musical instrument is a virginal dated to 1537, with a case made of walnut inlaid with ivory. 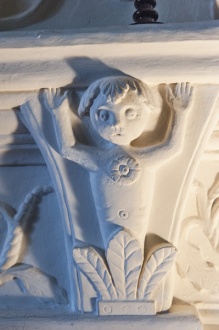 The manor house dates to four distinct periods. The oldest part was begun around 1400, consisting of a hall and ranges in an L-shape, with a stair turret in the corner of the L Additions and alterations took place in 1480, 1515-30, and the early 17th century, when the two-storey gabled porch was added. On the ground floor is a rectangular hall, with two small chambers to one side.

The most interesting of these is the King's Room, a small chamber with lovely panelling and paintings of English monarchs in a frieze near the ceiling. On one wall is a wonderfully ornate Jacobean chimney decorated with Native American figures, mermaids with a comb and mirror, and totem poles.

This room takes its name from the fact that it was once used as a manorial court. On the first floor is the Great Parlour, which is filled with historic musical instruments. The ceiling is decorated with plasterwork designs of acanthus leaves.

The manor is set within gardens featuring modern topiary and offering excellent views over the Frome Valley. The house is owned by the National Trust but let to a tenant. Despite this, there are regular opening times from the Spring through until Autumn.

Taken as a whole, the house is an outstanding example of medieval and Tudor architecture, with wonderful topiary, in an idyllic country setting.

We've visited Westwood twice, and each time learned something new. The guided tour is really excellent; our guide balanced light humour with lots of information about the house and its contents. The gardens, though small, are extremely pleasant, especially on a hot summer day! The interiors are absolutely fabulous, with lovely Tudor panelling and paintings, marvellous plasterwork, and period furnishings.

If you are coming from the direction of Bradford-on-Avon be aware that the centre of Bradford can be a traffic bottleneck, especially on sunny summer days - I speak from experience! You are far better avoiding Bradford-on-Avon entirely if you can, and coming to Westwood from the south if possible. And don't miss the church of St Mary's, immediately beside the manor; it has a quite bizarre 16th-century carved figure above the font, known as The Old Lad of Westwood. 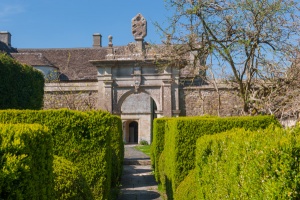 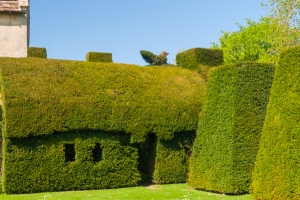 Topiary beside the central block 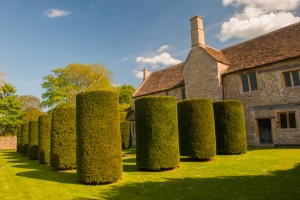 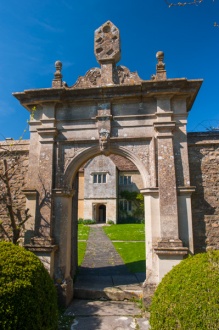 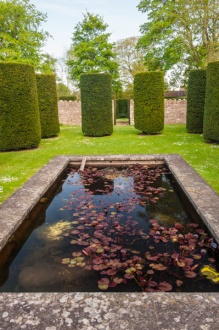 A quiet pool in the rear garden 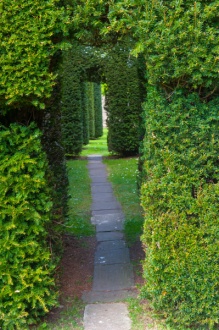 Topiary arches in the garden 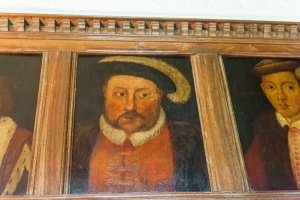 Tudor portraits in the King's Room 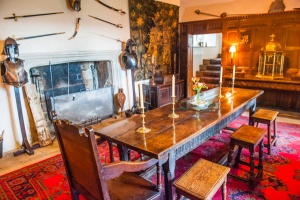 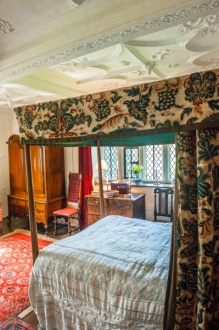 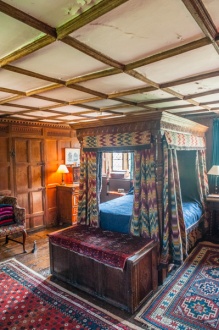 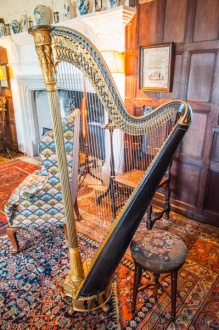 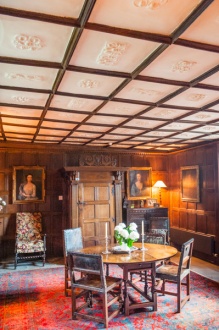 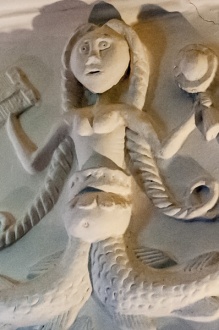 More self catering near Westwood Manor >>